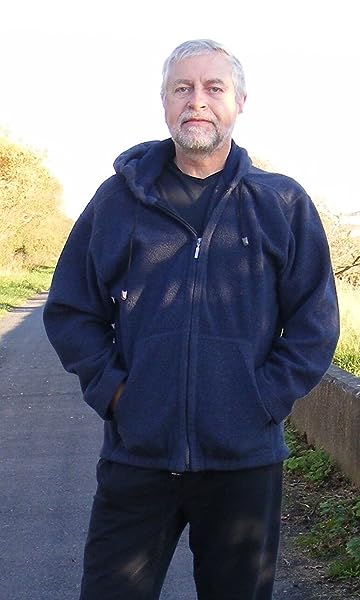 by Fred Harding (Author)
3.3 out of 5 stars 3 ratings
Edition: 1st
See all formats and editions
Sorry, there was a problem loading this page. Try again.

Middle East History as you have never seen it before with over 200 illustrations to enhance your reading experience across more than 640 pages. This is probably the most historically accurate and comprehensive study of the Times of the Gentiles ever produced. It does not adhere to any theological preferences or make reference to the Book of Revelation, so often used by Christian theologians to support a particular interpretation. Instead, I have followed the historical evidence to where it has led and as a result I have reached some startling and amazing conclusions. If there is any book that the reader should read on this subject it is this one. By the time you have finished reading it you will be in the enviable position to truly appreciate what is happening in the Middle East today and where it is leading to. Today's news stories of the region will now make more sense, and you will see the world with different eyes.This book is written for Jews, Christians and Muslims alike but primarily seen through the eyes of the Jews, because it is they who have been trampled upon by the nations for almost two thousand years, throughout the Times of the Gentiles. This tragedy that has prevailed for this long period of time has been of the Jews own making. Throughout the ages they have been led by a rabbinical elite who have instigated the greatest cover up in history, who even to modified their holy writings, the Tanakh (Old Testament), to cover their tracks. Not only did they know when the Messiah would come but when he did, they conspired to put him to death. So, Yahshua ben Joseph better known as Jesus prophesised against them, condemning the Jews to a long period of Gentile servitude as a precursor to His return. It is against the backdrop of Jerusalem being trampled upon by the nations that we follow the fortunes of the Jews as they were scattered among the nations struggling to understand why God had abandoned them for so long. We see how and why the Jews were temporarily cut off from the blessings of a relationship with God which was given to the Gentiles. We also see how corruption entered the Christian communities so that one Church emerged from the ruins of Rome and changed the simplicity of the Gospel to teach doctrines of demons, including one that would forever be a stumbling block to the Jews. We shall see prophesies and history merge in incredible ways and the words of Jesus and the Hebrew prophets coming alive. They tell of the destruction of Jerusalem and its Temple; the coming of the false Messiah, the building of the abomination of desolation where it should not be; the scattering of the Jews to all the nations; how God thwarted the building of the Third Temple several times; the appearance of the Suffering Messiah, the rise of the false Prophet and a Muslim king that entered Jerusalem through the Eastern Gate on a donkey; the sealing of the gate and the attempts to open it continuously foiled; Palestine becoming a desolate wasteland; the gathering of the Jews from the nations by an ungodly Zionist secular government, the creation of Israel in a single day; the link between the Cuban Crisis and end of the Gentile Times, the miracle of the Six-Day war; the recovery of all the lands that had been ancient Israel in former times; the extraordinary events on the Temple Mount in 1967 - and so on. All of which was foretold by the Jesus and the prophets.In fact, what you will read is an extraordinary story, full of twists and turns, in which we see God intervening in human affairs as he ensures that His Divine Plan for the redemption of mankind through his Messiah continues unhindered. Whether you follow Judaism, Christianity or Islam, this is one book that you will not want to ignore.
Read more
Previous page
Next page

New children's books bundles!
Book bundles for children's growth and development. Shop now
Start reading The Times of the Gentiles Are Fulfilled on your Kindle in under a minute.

Born in 1951 I am a British historian who enjoys investigating mysteries and writing about them. The greatest mystery of all is the question of life, the universe and everything, and this has been a lifelong passion for me.

Throughout my life I have studied Religion, Palaeontology and the Life Sciences and as a result I can be classed as an Old Age Creationist. I am a keen student of the Bible and Archaeology, and I have studied many ancient writings, often in their original languages. I am also a keen researcher on Biology, Genetics, Theology, Mythology, Geology and the Supernatural, and often you will find in my books incorporate many of these sciences in their content.

I have been involved in IT since 1983 and between 1990 - 1995 I was Technical Director of a PC manufacturing company. My particular interest though has been in software development and from 1997 - 2009 I was Software Development Manager for a major health and safety organisation. In 2003 I became the finalist for the Oscar like BCS awards for software excellence for the IT industry with a COSHH Mananagment System that I wrote for the company. As a consequence of my computer programming experience, I tend to apply logic and reason to any subject that I study and so my books are not based upon and preconceived ideas.

I think what the famous long time atheist Antony Flew (1923-2010) said before he died having discovered God says it all, "I have followed the argument where it has led me. And it has led to accept the existence of a self-existent, immutable, immaterial, omnipotent, and omniscient Being".

Paul Greer
4.0 out of 5 stars Good eye opener
Reviewed in the United States on 10 July 2017
Verified Purchase
This was a good eye opener historically
Some editing issues but still good overall
Looking forward to the sequel when it comes out
Read more
Report abuse
See all reviews