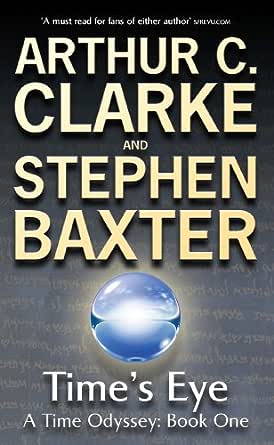 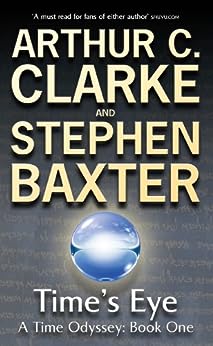 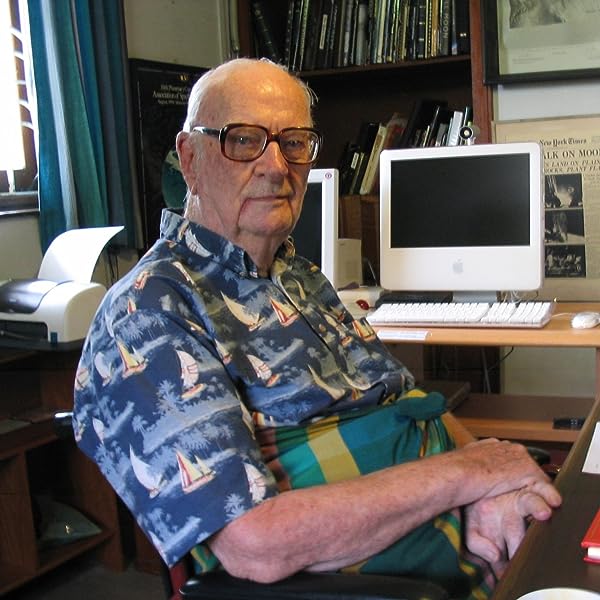 Sir Arthur C. Clarke is a living legend, a writer whose name has been synonymous with science fiction for more than fifty years. An indomitable believer in human and scientific potential, Clarke is a genuine visionary. If Clarke has an heir among today's science fiction writers, it is award-winning author Stephen Baxter. In each of his acclaimed novels, Baxter has demonstrated dazzling gifts of imagination and intellect, along with a rare ability to bring the most cerebral science dramatically to life. Now these two champions of humanism and scientific speculation have combined their talents in a novel sure to be one of the most talked-about of the year, a "2001 for the new millennium. TIME'S EYEFor eons, Earth has been under observation by the Firstborn, beings almost as old as the universe itself. The Firstborn are unknown to humankind-- until they act. In an instant, Earth is carved up and reassembled like a huge jigsaw puzzle. Suddenly the planet and every living thing on it no longer exist in a single timeline. Instead, the world becomes a patchwork of eras, from prehistory to 2037, each with its own indigenous inhabitants.Scattered across the planet are floating silver orbs impervious to all weapons and impossible to communicate with. Are these technologically advanced devices responsible for creating and sustaining the rifts in time? Are they cameras through which inscrutable alien eyes are watching? Or are they something stranger and more terrifying still?The answer may lie in the ancient city of Babylon, where two groups of refugees from 2037--three cosmonauts returning to Earth from the International Space Station, and three United Nations peacekeepers on a mission inAfghanistan--have detected radio signals: the only such signals on the planet, apart from their own. The peacekeepers find allies in nineteenth-century British troops and in the armies of Alexander the Great. The astronauts, crash-landed in the steppes of Asia, join forces with the Mongol horde led by Genghis Khan. The two sides set out for Babylon, each determined to win the race for knowledge . . . and the power that lies within.Yet the real power is beyond human control, perhaps even human understanding. As two great armies face off before the gates of Babylon, it watches, waiting. . . .

"From the Hardcover edition. --This text refers to an alternate kindle_edition edition.

When Earth suddenly becomes a patchwork of eras from prehistory to 2037, two refugee groups from 2037 detect strange radio signals. One allies with the armies of Alexander the Great, the other with the Mongol hordes of Genghis Khan. They head for Babylon in a race for knowledge, as a mysterious entity watches, waiting. --This text refers to an alternate kindle_edition edition.

Wonderfully entertaining….a story that engrosses you with its dramatized ideas about the nature of existence….you won't set the book down either to eat or sleep or work if you can help it. --Chicago Tribune

Fans of 2001: A Space Odyssey will have fun with the many references to that earlier novel... --Publishers Weekly

By the end, when two of history's most ambitious conquerors meet, we are so thoroughly invested in the characters, we can't wait for the sequel. --Entertainment Weekly --This text refers to the mp3_cd edition.

A stunning new companion series to 2001 A SPACE ODYSSEY from the world's most important living SF writer and his acknowledged heir. --This text refers to the paperback edition.

SIR ARTHUR C. CLARKE (1917-2008) wrote the novel and co-authored the screenplay for 2001: A Space Odyssey. He has been knighted by Queen Elizabeth II, and he is the only science-fiction writer to be nominated for the Nobel Peace Prize. His fiction and nonfiction have sold more than one hundred million copies in print worldwide.

STEPHEN BAXTER is a trained engineer with degrees from Cambridge and Southampton Universities. He is the acclaimed author of the Manifold novels and Evolution and has won the British SF Award, the Locus Award, the Philip K. Dick Award, and the John W. Campbell Award, and he is a nominee for an Arthur C. Clarke Award. --This text refers to the mp3_cd edition.

Arthur C. Clarke is the visionary grandmaster of 20th and 21st century SF. In a writing career than spans seven decades he has both prophesied key, world changing technologies and written SF that has become a benchmark for the genre.Stephen Baxter is the most significant SF writer of his generation. His books are bestsellers and award-winners the world over. --This text refers to the paperback edition.
Read more

4.2 out of 5 stars
4.2 out of 5
113 global ratings
How are ratings calculated?
To calculate the overall star rating and percentage breakdown by star, we don’t use a simple average. Instead, our system considers things like how recent a review is and if the reviewer bought the item on Amazon. It also analyses reviews to verify trustworthiness.

Chris H
3.0 out of 5 stars An odyssey at odds with its predecessors
Reviewed in the United Kingdom on 19 January 2005
Verified Purchase
As the book's title suggests, this is an odyssey through time rather than space. The authors point out that their goal was to create a companion to 2001 and its sequels, starting out with a similar premise but developing things at 90 degrees, so to speak. They've succeeded, but they've also fallen short of the original.
Like 2001, the scope of this first book ranges from the dawn of man to a time when humans live on the moon. Yet Clarke's penchant for mysticism that was evident in 2001 or Childhood's End has given way to a more concrete treatment of peoples and practices. As a result, the book seems to have lost its heart. Without giving too much of the plot away, the use of some very famous historical characters seems painfully contrived. The writers seem to have recognised this, and characters within the novel speculate on the ludicrous coincidences involved. Maybe a reason for the contrivance wll become apparent in the following books, maybe not; talk about hedging your bets!
Despite the mysterious presence of the "Eyes" throughout the book, I found little or no sense of wonder in the world or events being described. There is a heavy concentration on military procedures, the impact of technology, and the geology of the planet - but this comes at the expense of the inner dialogue of the people affected by them. Considering that this isn't the first time Clarke and Baxter have written a book together (and I really enjoyed The Light of Other Days) I was surprised how little I was engaged by it.
Nevertheless, there are one or two references to the original work which fans should pick up, and the final chapter redeems things with an event worthy of Clarke's earlier work. Rather than disappointment, this left me hoping that, with the groundwork out of the way, book 2 in the series will be a much more exciting ride...
Read more
4 people found this helpful
Report abuse

Weyland Yutani
3.0 out of 5 stars Time's Eye - Slow beginnings
Reviewed in the United Kingdom on 26 February 2013
Verified Purchase
This was sold as an companion piece to the famed "Space Odyssey" written by Arthur C. Clarke, however based solely upon the first book - "Time's Eye", it has very little to do with the famed sci-fi epic. Apart from a brief scene at the beggining of the novel featuring ancient apes and the discovery of the floating "orb", there are very few connections between the two stories. Certainly having Alexander the Great battling Gengis Khan was interesting, but I felt the characters acepted their fate and the so-called explanation as to why they had all be brought together on the new version of Earth called Mir was a little rushed. However, if this is merely a starting point to events in the later books that will tie-in more closely with events of "Space Odyssey" it will do fine.
Read more
Report abuse

michael h.
4.0 out of 5 stars fascinating and absorbing
Reviewed in the United Kingdom on 24 June 2014
Verified Purchase
In many ways the story mirrors that of 2001 and its sequels,as if told in a different form.It does not seem though to address the question of exactly what happened to the populations of the changed time zones:did they end up on another version of the carved up Earth? I felt the ancient intelligence would have been more benevolent and constructive.And surely with their ability to alter the time zones of one planet,wouldn't their destiny be to arrest the decay caused by time? Anyway I look forward eagerly to the next books in the series.
Read more
Report abuse

C. Hall
4.0 out of 5 stars Escape from the real world
Reviewed in the United Kingdom on 19 August 2015
Verified Purchase
At times it's difficult to believe that Arthur C. Clarke had a hand in writing this book, there are such glaring inconsistencies and implausibilities. Having said that, suspend disbelief, ignore the highly unlikely coincidences, and you will probably enjoy this book. If you read science fiction with a view to escaping this world for a different one, then the cataclysmic event at the centre of the story provides that escape and will keep you fascinated.
Read more
Report abuse

Max Tanner
5.0 out of 5 stars What a book!
Reviewed in the United Kingdom on 27 September 2020
Verified Purchase
Stephen Baxter at his best, blending his incredible knowledge of science fact with a talent for far-reaching science fiction. I'm excited to see how the next book in the series develops this concept further.
Read more
Report abuse
See all reviews
Back to top
Get to Know Us
Make Money with Us
Let Us Help You
And don't forget:
© 1996-2021, Amazon.com, Inc. or its affiliates