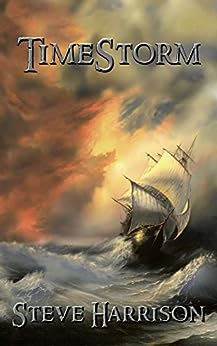 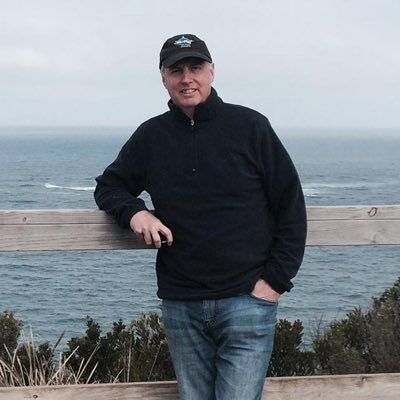 Steve Harrison was born in Yorkshire, England, grew up in Lancashire, migrated to New Zealand and eventually settled in Sydney, Australia, where he lives with his wife and daughter. As he juggled careers in shipping, insurance, online gardening and the postal service, Steve wrote short stories, sports articles and a long running newspaper humour column called HARRISCOPE: a mix of ancient wisdom and modern nonsense. In recent years he has written a number of unproduced feature screenplays, although being unproduced was not the intention, and developed projects with producers in the US and UK. His script, Sox, was nominated for an Australian Writers' Guild 'Awgie' Award and he has written and produced three short films under his Pronunciation Fillums partnership. --This text refers to an out of print or unavailable edition of this title.

Keith M.
5.0 out of 5 stars I was not disappointed! The story flows smoothly
Reviewed in Australia on 28 November 2014
Verified Purchase
As a fan of time travel adventure, TimeStorm caught my eye immediately. Being Australian myself, the distinct Australian theme attracted me immediately. The premise was a unique and interesting concept and after reading the first few chapters, I had a feeling the author would execute the idea well. I was not disappointed!

The story flows smoothly, progressing at a rapid, entertaining pace, filled with well fleshed characters (some of whom you love to hate). Great story, well told and it is easy to see that an enormous amount of effort has been put into this novel by the author and the publisher.

Definitely recommended! I’ll be reading more from this author in the future!
Read more
One person found this helpful
Helpful
Report abuse

john woodlands
5.0 out of 5 stars Set in my old city, it was great to revisit.
Reviewed in Australia on 3 November 2015
Verified Purchase
I came upon this book by accident searching around for something different to read. I was so glad I found it. As most of the story was set in a city where I once lived I could relate to nearly all the locations described. I have a soft spot for time travel stories if they are well done and interesting and this book certainly fits into that category. Naturally some parts of this story were a bit of a stretch but I enjoyed it so much I just let them go by. I would be pleased to read more books by this author.
Read more
Helpful
Report abuse

Fraun Flerchinger
5.0 out of 5 stars Unique time travel story
Reviewed in Australia on 10 June 2018
Verified Purchase
After leaving England in the late 1700s, a ship transporting convicts arrives in Sydney, in 2017! The sailors and convicts all carry on as tho still living in the 1700s and their only thought is to return to their own time. A well-written unusual story that captures the brutality of another era, and of our own?
Read more
Helpful
Report abuse

Karen Barnes
4.0 out of 5 stars Adventure, romance and time travel in Sydney!
Reviewed in Australia on 22 July 2015
Verified Purchase
Interesting twists and as it is set in my home city, I enjoyed the local references. A good mix of adventure, romance and time travel fantasy! What more could you want?
Read more
Helpful
Report abuse
See all reviews

R. W. Merriman
5.0 out of 5 stars A modern masterpiece!
Reviewed in the United Kingdom on 13 April 2016
Verified Purchase
I don't know what I was really expecting with this novel... perhaps a bunch of fish-out-of-water (or, more accurately, men-out-of-water... they're sailors!) mugging around the 21st century having "comedy" moments as they interact with the modern world?

I didn't get any of that. Sure, there are some extremely well-handled instances of the completely alien nature of what we take for granted, but that wasn't the thrust of the story.

In fact, this is a modern masterpiece. An extremely well-researched piece of British maritime history blended into a relentless action thriller that demands you read the next chapter... and the one after that...

The characters are perfectly observed, and utterly credible. Coming from a brutal age when life was cheap and human rights wasn't even a concept, the 18th century contingent operates solely by its own standards, and the result is a number of very harsh adult themes that, in the hands of a lesser writer, might have been seedy and salacious.

My only word of warning is this: if you intend to start reading this book, tell your friends you've gone out. You won't welcome a knock at the door once you've started!
Read more
3 people found this helpful
Report abuse

N. Perkins
5.0 out of 5 stars A seafaring tale for those who don't like the sea
Reviewed in the United Kingdom on 11 July 2017
Verified Purchase
I don't normally like stories about sailors, seafaring, and all things nautical, but with this story that doesn't matter. Yes, a lot of the action takes place at sea, but it was the characters and the action that drew me in and not the setting.
Writing each chapter centered on one of the main characters in turn is a novel approach, and one that works really well. Heading each chapter with that character name is a bonus. It leaves you wanting to get back to that character as quickly as possible, as you move forward with another.
The story avoids the usual time-travel traps, neatly focussing in on a short period of time, which helps keep the action moving at a good pace. The characters are nicely developed, and its always a bonus when one (albeit minor) shares my surname.
Leaves you wondering what their lives were like after, which a good book should always do, in my opinion.
Read more
Report abuse

R. Clarke
5.0 out of 5 stars A gripping time sweep
Reviewed in the United Kingdom on 10 February 2016
Verified Purchase
As I read this enjoyable novel by Steve Harrison, I could feel that he is – as the blurb says – “A great fan of the grand seafaring adventure fiction of CS Forester, Patrick O'Brien and Alexander Kent.” That atmosphere is captured in the telling, without feeling over-researched.

The book was inspired by a replica 18th century sailing ship on Sydney Harbour and a question from Steve's brother, Tony: "What if that was a real convict ship?"

From that premise came this clever tale of the crew and ‘passengers’ from a convict ship swept by a storm from 1795 to 21st century Sydney. The ‘stranger in a strange land’ scenario is carefully played out, with all the characters reacting convincingly to their dangerous situation, whether ship’s officer, convict leader, or the ‘present day’ characters confronted with something more than unexpected.

The central character of Lieutenant Christopher 'Kit' Blaney, is – as the blurb says – “an old-fashioned hero, a man of honour, duty and principle”, but he has human failings that make him believable. For some of the chapters, he is the POV, with chapters carrying his name.

But there are other points of view (POV), with their own chapters, and this multi-POV approach keeps the story flowing, showing different facets - some of which would normally be missed out.
Each POV feeds into the evolving plot, which had me gripped. There are two main characters - Blaney, from the 18th century, and a 21st century journalist. But the other POVs with their stories and subplots, are integral to the unfolding plot.

From the first chapter, I was intrigued by one other character, wondering how he would fit in, but sensing he might return. Read TimeStorm to discover how, but I won’t spoil the crafty twist in the tail.
Read more
Report abuse

1D82 Many
5.0 out of 5 stars Cast your nets and haul this one in!
Reviewed in the United Kingdom on 5 August 2016
Verified Purchase
What an adventure!

This is a bloody and graphic action packed story that you won't want to put down.

Loved all the vivid descriptions of the ghastly life on board the convict ship. I could feel the wind in my hair, taste the salt on my lips,and even hear the screams of that lash flying through the air and the consequenses of that awful punishment! I also enjoyed the fact that even the crew didn't smell as wholesome as they might have thought.

Being whirled through time was done brilliantly. I felt the confusion and fear of the sailors and I enjoyed the way some coped and others didn't.

Only one tiny moan. I didn't get why Capt.Cross had done what he did to Redmond. Maybe I was turning the pages so fast that I missed the explanation, however this tiny point didn't stop me loving this book! Highly reccommend!
Read more
Report abuse

Deb
5.0 out of 5 stars Hornblower in a timeslip sums this book up for me ...
Reviewed in the United Kingdom on 24 April 2017
Verified Purchase
Hornblower in a timeslip sums this book up for me. Well written, with believable characters throughout the book. The book is written in an unusual format with each chapter being from a particular individuals point of view, some characters throughout, others guest appearances, this took a little get used too particularly at the beginning of the book when characters are new, but worth persevering with. Would look for more by this author.
Read more
Report abuse
See all reviews
Back to top
Get to Know Us
Make Money with Us
Let Us Help You
And don't forget:
© 1996-2021, Amazon.com, Inc. or its affiliates