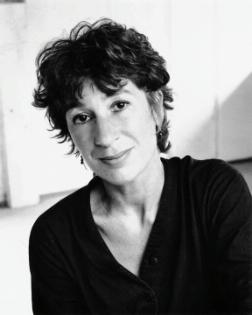 3.7 out of 5 stars
3.7 out of 5
19 global ratings
How are ratings calculated?
To calculate the overall star rating and percentage breakdown by star, we don’t use a simple average. Instead, our system considers things like how recent a review is and if the reviewer bought the item on Amazon. It also analyses reviews to verify trustworthiness.

Floris Harscamp van Hooghzande
1.0 out of 5 stars Do NOT buy this politically biased book!
Reviewed in Germany on 1 December 2019
Verified Purchase
Didn’t like the political engaged way of writing. A leftwing, hippy, cosmopolitian view of a drowned piece of europe. The Lack of images is quite troublesome, but the so called contemplations were really annoying.
Read more
Report abuse

Marsha.L.S
2.0 out of 5 stars I thought this was about Doggerland
Reviewed in the United States on 29 November 2020
Verified Purchase
Well, it is, sort of, but it's more like a memoir. At times I can't tell where the author is. She repeatedly meanders into some real unrelated trivia that a good editing could trim away. Yes, there are some lovely passages, and there is a sense of deep time that comes from learning more about ancient sites in Britain and Denmark. But I had trouble finishing the book. It wasn't what I expected at all, and I've seen others comment on this too.
Read more
2 people found this helpful
Report abuse

David Anderson
4.0 out of 5 stars Creative and a bit frustating
Reviewed in the United States on 25 August 2019
Verified Purchase
The subject--searching for clue about a forgotten, underwater land between the UK and Europe--was fascinating. The book was challenging, more like a personal journey through the facts than an exploration about what Doggerland was all about. Overall, I liked it but found the jumping around between 'experts' a bit hard to follow. And then there were the time songs--where most of the factual information was revealed. The author gets points for creativity in structure, not so much in rational presentation of facts about an interesting land where humans and animals lived that is now under the North Sea.
Read more
2 people found this helpful
Report abuse

Redacted
5.0 out of 5 stars This book integrates multiple thoughts and disciplines in an accessible way.
Reviewed in the United States on 29 October 2019
Verified Purchase
Author Julia Blackburn pleasantly shares with readers some of her perspectives on and interests in life. Any of us can learn by considering her outlook. She sees a broad variety of subjects, ...well-connected for us through being associated by her own interests. My basic interest in Doggerland was triggered by curiosity about historical sea levels over geological time...as supplemented by interest in the evidence on the surface in Washington State of the "Missoulan floods," which are also associated with receding glaciation. I have just discovered author Jonathan White's "Tides" (2017), which also touches on the dramatic changes in sea level that have occurred on our planet. E.g., when Seattle's location was under glaciation a mile thick, sea levels were 400 feet lower. There are threads of awareness out there about matters such as this, ...and in the context of her curiosity and inquiry, Blackburn has brought many together. The ongoing interaction of humans with planetary change is something that all-who-are-not-Troglodytes would be wise to consider. On the scale of human time, ...planners will be forced to rapidly come to grips with ...changes. As White relates, "...even if we stopped all greenhouse emissions today, the momentum of global warming and sea level rise is locked in for at least the next several centuries.. That could mean a rise on sea level of fifteen feet--and much more, much faster, if melting ice caps reach a tipping point." In "Time Song," Blackburn places her observations into a human scale, such as by making observations as she walks along a beach. Blackburn presents an enlightened human-scale perspective on a huge and complex set of issues.
Read more
Report abuse

Evelyn Johnson
2.0 out of 5 stars mishmash of personal musings
Reviewed in the United States on 21 March 2020
Verified Purchase
I really wanted to like this book as I remember reading the author's previous book about Australian Daisy Bates. But while there were some interesting tidbits, the book is mostly a mishmash of past reminisces about husbands, friends and former neighborhoods. I started skipping the "Time Songs" which are a mix of poetry and prose (plain verse?)at the start of each chapter after the second one (there are 38 or so). Also the drawings by Enrique Brinkmann were pretty awful, not my taste in art AT ALL.
Disappointed that I learned so little about Doggerland and way too much about a pretty boring woman with few to no insights about anything.
Read more
One person found this helpful
Report abuse
See all reviews
Back to top
Get to Know Us
Make Money with Us
Let Us Help You
And don't forget:
© 1996-2021, Amazon.com, Inc. or its affiliates