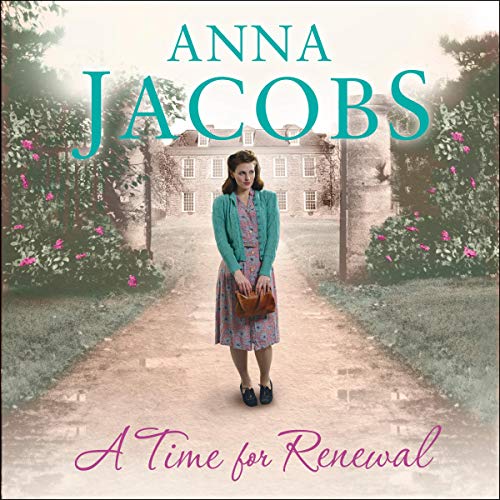 In the wake of World War Two, the whole country is desperate for houses, with very little money available to rebuild. In the town of Rivenshaw in Lancashire, Mayne Esher has no choice but to turn Esherwood, the war-damaged stately home which has been in his family for generations, into flats.

Rebuilding Esherwood won't be easy, but with Judith Crossley by his side, Mayne hopes to restore it to its former glory. First, he must open it up to some of his long-suffering army friends...and it soon becomes clear that the house isn't the only thing which needs rebuilding.

Victor is fighting his late wife's rich and arrogant mother for custody of his daughter, Betty. Ros has been cheated out of her money and has nowhere to go now she's been demobbed from the army. Daniel is still unsettled after his wartime experiences. He's waiting for his divorce to go through and has family problems that take him away from Rivenshaw. Francis hasn't even been in touch.

On top of these troubles, saving Esherwood proves to be a difficult undertaking for Mayne and Judith. And certain people will stop at nothing to prevent it happening. In this time of renewal, will the group find a way to rebuild their lives, and the old house, as planned?

A heartwarming saga of strong-spirited, resilient women in postwar Lancashire.

4.7 out of 5 stars
4.7 out of 5
416 global ratings
How are ratings calculated?
To calculate the overall star rating and percentage breakdown by star, we don’t use a simple average. Instead, our system considers things like how recent a review is and if the reviewer bought the item on Amazon. It also analyses reviews to verify trustworthiness.

Set in 1945, these books focus on the economic recovery of Great Britain in the aftermath of the European theatre of world war two. The setting is Lancashire, a small hamlet named Rivenshaw, which is rural enough to be insulated from the direct effects of the war’s catastrophic physical devastation but not from the economic impact and hardship everyone has to shoulder.

Anna Jacobs skilfully weaves a tapestry of characters seeking their own rewards. People longing for what will never return while others harbour a secret dread of not being included in the same scenario.

The focus is a need for affordable housing yet resources remain scarce. And the money trail is changed forever; old money doesn’t have the same clout while new money seems to smell different.

These books are genuine magic. They relate very closely to the romance of where many of us came from, nostalgically referred to as the good old days.

The author focus is on the town and in particular the changing influence and fate of the big house, Esherwood. The characters are woven into the story according to where they serve the community best.

MRS S PUSEY
4.0 out of 5 stars Another brilliant book
Reviewed in the United Kingdom on 17 July 2019
Verified Purchase
After the end of the first book with a happy ending this one was sadness for Mayne friend Travis after such a long period away at war to come home to lose his wife .then the nasty grandmother trying to take his daughter.Thanks to Miss Peters and her brother the judge and Ros everyone was happy in the end also that Judith and Mayne got married.
Read more
2 people found this helpful
Report abuse

Amazon Customer
4.0 out of 5 stars A good story for those interested in this period of history.
Reviewed in the United Kingdom on 28 August 2019
Verified Purchase
This is a heartwarming story which leaves you wanting to read the next book. I liked the characters we were obviously drawn to and the 'baddies' were ably shown as the 'rotters'. Love the snippets here and there about the end of World War 2 which really reminded me of that time. (I was only a child but remember being hungry although my mother often gave me her rations as in the story) It makes me feel that the author has plenty of firsthand knowledge of these events, or has had a good source on which to call. I do hope Mayne does not have to turn his house into flats and that maybe somehow it can be kept in the family.
Read more
Report abuse

M. Sparrow
5.0 out of 5 stars An experience of wartime , no street lights
Reviewed in the United Kingdom on 7 October 2019
Verified Purchase
Truly reflection of that time; as I am one of many who experienced things that are mentioned in the story. Brought back many memories. A good story line, with strong characters . How different standards were then .
Enjoyable reading , didn't want the story to finish. Street parties weren't always successful !!!
Read more
Report abuse

Gladys porridge
5.0 out of 5 stars Anna Jacobs one of the very best Authors
Reviewed in the United Kingdom on 18 March 2020
Verified Purchase
Brilliant story !! Couldn't put the series down starting with
Bk 1.. a time to remember
Bk 2.. Gifts for our time
Bk 3.. a time to rejoice
No 4..a time for renewal
Anna is one of the very best authors, amazing brain she has to be able to produce brilliant story's loaded with action & never a dull moment & she just keeps writing more..!!
Read more
Report abuse

Karen 2102
2.0 out of 5 stars Saga was the right word....
Reviewed in the United Kingdom on 22 December 2016
Verified Purchase
I enjoyed the first but whereas I normally finish a book in a few days, this has,taken weeks and weeks....saga. characters confusing, plot childish, outcome ridiculous...none of the 'normality' that usually one finds,in similar books. I think it will be some time before I can attempt book three. A disappointed avid reader.
Read more
2 people found this helpful
Report abuse
See all reviews
Back to top
Get to Know Us
Make Money with Us
Let Us Help You
And don't forget:
© 1996-2022, Amazon.com, Inc. or its affiliates