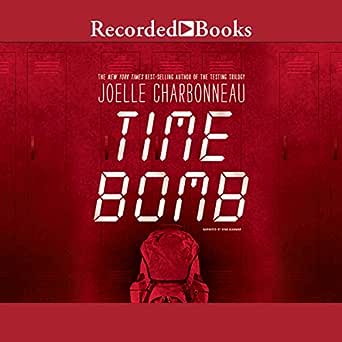 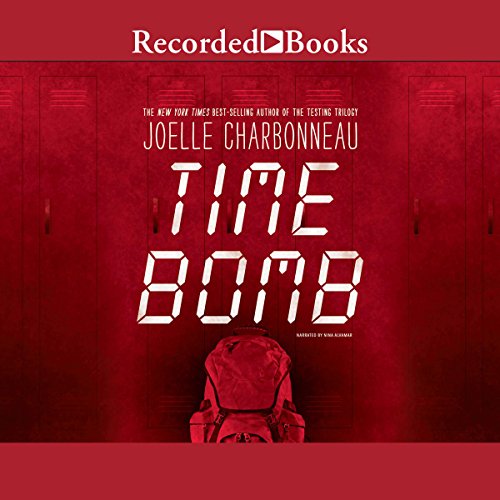 4.6 out of 5 stars
4.6 out of 5
163 global ratings
How are ratings calculated?
To calculate the overall star rating and percentage breakdown by star, we don’t use a simple average. Instead, our system considers things like how recent a review is and if the reviewer bought the item on Amazon. It also analyses reviews to verify trustworthiness.

Megan
4.0 out of 5 stars Life still sucks for some of them
Reviewed in the United States on 3 April 2018
Verified Purchase
This story is told in alternating perspectives from six characters. In the first six chapters, each student is introduced. They all have different backgrounds and conflicts, but they each hint at a strong motive to be at the school a week before classes start and a backpack that is necessary for his/her plan.
Chabonneau drops hints and pieces of information along the way, helping the reader to narrow down the list of suspects. I appreciated the care Charbonneau took in using stereotypes to establish the character's problems, but then deconstructing those same stereotypes as the students fight for their lives in the chaos. Each character feels no one knows him/her. Each character feels judged. And, true to teenage form, none of them realize the others are feeling this same way.
I appreciate that not everything was wrapped up with a neat little bow at the end. Life still sucks for some of them; living through a disaster didn't change that. But each character has decided to live. Time Bomb is an engaging and fast read with a strong element of mystery. I only didn't rank this five stars because I'd guessed the bomber early on, and found the ending harder to enjoy while picking up the breadcrumbs I already knew to be wrong. In sum, I like to discover the twist ending with the characters, not before them, and that didn't happen here. I would still highly recommend this book for anyone looking for a fast-paced book or theme of breaking down stereotypes.
Read more
2 people found this helpful
Report abuse

Delta High School Library
5.0 out of 5 stars Interesting Array of Characters and Relevant Subject Matter!
Reviewed in the United States on 23 March 2018
Verified Purchase
Thanks to NetGalley and Houghton Mifflin Harcourt for the opportunity to read and review Time Bomb by Joelle Charbonneau. Six disgruntled, unhappy students are each planning something that will change their lives and help them to be free from their problems. Each of the teenagers are dealing with different types of problems, secrets, religion, being an orphan, bullying and pressure from peers and family, but they end up together inside the school after a bomb explodes. They help each other but with the air of distrust between them. Finally, they discover who’s responsible for the bombings and they struggle for their lives. Intense with an interesting array of characters and relevant subject matter-5 stars!
Read more
4 people found this helpful
Report abuse

Crossroad Reviews
4.0 out of 5 stars This one stayed true to the characters
Reviewed in the United States on 26 May 2019
Verified Purchase
When I started this one and seen how many POVs there were I was so scared that I was going to be so confused. But I learned early on that that wasn’t going too be the case. This story about a school bombing stayed true to each character and ended not as I expected.

It has some major twists and and a final outcome that blew me away (bad choice of words). I enjoyed how each character was facing their own trauma and hardship and that you got to spend a little time with each one. It game this story that edge that a lot of stories don’t have.

I was really hoping that Cass was going to end up with a certain football player but that just was not the case. I think that the author did something that most do not. She stayed true to how each character was brought up. And as for Frankie he doesn't look back, because that is just not who he is. So my feelings of them two falling for each other were dashed and that made me sad. But it worked very well for this story. That in the eye of tragedy people want to forget.

Each character in this one was amazing. We learned about what made them tick (another bad choice of words) and were given a little bit about each one before the explosions started. The cast of characters were so vast in this one. There was a girl who thought she needed to be perfect for her Senator Father, a boy that was gay and his mom couldn't come to terms with it, there was another girl that was so sad and was going to end her life (this one hit home hard), another one that was Muslim and was not exactly ashamed of his faith but he felt like he needed to fit in, Another one that had lost his mom to cancer (that one hit home hard as well), and one more that wasn't sure if he was gay or not. I don't think I am forgetting anyone.

Overall this was one book that will make you open your eyes to the people around you. That just because someone is muslim or they wear a head scarf etc. that they are bad people. If your child comes out as bisexual, gay, or whatever, you should accept that as they are and love them no matter what. If you are feeling like the world is crashing down around you seek help. I know that might be hard to get out of. Trust me!! I KNOW!! But there is always someone you can at least talk to, to get what you're feeling off your chest.

Go Into This One Knowing: School Bombing, LGBT, Attempted Suicide, Death of a Parent from Cancer
Read more
Report abuse

Odessa
3.0 out of 5 stars Less Adventure, More Moral of the Story Type Book
Reviewed in the United States on 30 June 2018
Verified Purchase
I love Joelle Charbonneau, and gobbled her other series in The Testing, and her stand alone book Need, as well as others. So Time Bomb was a definite obvious choice for me to start reading, and don't get me wrong, it was interesting. But that was it. I was waiting for some diabolical twist to come snaking out and bite me on the tush. Nope. No tush biting. It was obvious who was the culprit in less than half the book, and was a massive let down when I realized there was no big revelation at the end.

Basically everyone else has done a bang up job of the synopsis, but I'll give it a small run through. Seven kids, who we meet in various chapters, go to school before it officially begins for different reasons. But then they're thrown into utter chaos as bombs rocket through the school bringing it almost fully down. Told in everyone's point of views, you get a sense of what each student is feeling, their ideas, backgrounds, and fears. But while each of them hold a secret, one of them holds a plot to kill them all.

Time Bomb was a good book, don't get me wrong. But I've seen what Charbonneau can do with other novels, and while still good, the whole uncovered plot at the end was a major let down. Let's just say they had issues, and it was stupid. I did like all the characters, but felt a lot was lacking as we didn't stay with one too long before it jumped to someone else. I understood the concept so you didn't know which one was the bomber, but at the same time it was hard to keep up with backstories. The plot was okay, and is basically everyone trying to escape the school, but the escape scenarios weren't all that thrilling for me. It was still engaging, but the focus was truly on morals and how we "view" people versus having an actual adventure through the school and trying to figure out who did it. The kids lay blame left and right, and it's so easy to perceive that the author was trying to incorporate a lesson on judging others whether they be a different religion, from the wrong side of the tracks, gay, or have serious mental health issues. I get it. I truly do. But I wanted adventure. You're gay? Good for you. You're Muslim, and want to pray in school? Go for it! I guess with not having any hang ups on the morality issues, it was an area that I just didn't have interest in so their dialogue was at times boring to me, and I ended up skipping some of it. I do like the fact that some of them either got over it, or was finally at peace with their selves, but there were a few characters that simply vanished off without feeling like their story was fulfilled. I would have definitely loved to have more adventure, and a heck of a lot more mystery or death defying saves or feats. It was a light read for me, still interesting, and I can see where other's would like it, but it just didn't have any twist, turns, or climatic moments for me.
Read more
One person found this helpful
Report abuse

Hannah
2.0 out of 5 stars Boring, added nothing to a conversation already being had
Reviewed in the United States on 3 November 2020
Verified Purchase
I wish more than anything that I liked this book. But overall, it was boring. The plot was slow (read: next to non-existent), because all the characters were doing was moving from one place to another. The book was set up to throw you off the scent of who the actual bomber was. Each character was set up to have "Secrets" but those weren't that interesting. I wouldn't want to read any of those characters again. There was too much lumped into such a small book but not enough happening. Further, I think that it was VERY messed up for the author to imply that the Muslim kid was the one who was the bomber by another character, and then spoke as if she, a white woman, could understand being accused of being a terrorist through that character's eyes. I disagree with that 1000000%. Disappointed. Wish I could get my time back from this book.
Read more
Report abuse
See all reviews
Back to top
Get to Know Us
Make Money with Us
Let Us Help You
And don't forget:
© 1996-2021, Amazon.com, Inc. or its affiliates