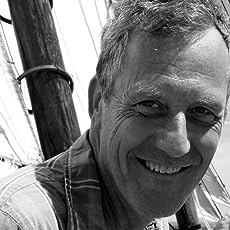 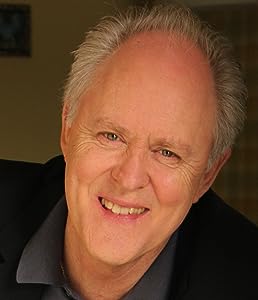 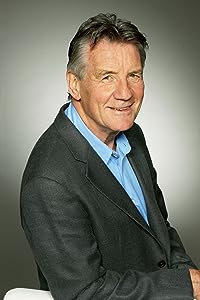 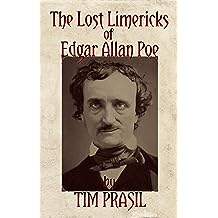 The Lost Limericks of Edgar Allan Poe 29/04/2019
by Tim Prasil
( 3 )
$4.25
On a hot summer day, a man in a heavy coat sold Tim Prasil a timeworn manuscript of 100 limericks purported to have been penned by Edgar Allan Poe. Prasil has never been able to prove or disprove the true authorship. Is it possible that the often-melancholy Poe dabbled in writing limericks? Decide for yourself as you page through these mostly silly--occasionally spooky and serious--glimpses of Poe's work, his life, and his world.

Here are a few samples:

~ Misquothed ~
Ascribe the mistake to the Devil or
How sound can rebound on unlevel floor.
That talkative bird
was simply misheard.
The raven was pagin' a "Neville Moore."

~ The Pall o’er the Pulse of Usher ~
Poor Roderick did as he should!
Interring his sister was good.
Tho’ that couldn’t crush her,
Sad Madeline Usher,
Inherited properties could.

~ Tender Torture ~
Once money arrives, I will send you some,
Despite my repute as a friend to rum.
I borrow to pay.
In sorrow, I say
That debt is a pit and a pendulum. 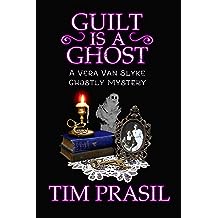 Guilt Is a Ghost: A Vera Van Slyke Ghostly Mystery (Vera Van Slyke Ghostly Mysteries Book 2) 07/08/2019
by Tim Prasil
( 4 )
$8.86
In 1899, a séance was held at the Morley Mansion in Boston, Massachusetts. The millionaire Roderick Morley was desperate to contact his murdered friend. He hoped to clear himself of suspicion by identifying the true killer. The séance went horribly wrong, though, and Morley left the room—to commit suicide.By 1903, the Morley Mansion was deemed haunted! The new owner hired Vera Van Slyke, an odd but brilliant ghost hunter. With her assistant, Lucille Parsell, Vera quickly realized that, to banish the ghost, the two would have to solve the murder.But a fugitive murderer wasn’t the only shadow cast over the Morley Mansion. A fake medium had performed at that séance, a shame-ridden woman who called herself: “Lucille Parsell.”And, sometimes, guilt is a ghost that can never be banished.
Read more
Other Formats:: Paperback
See purchase options 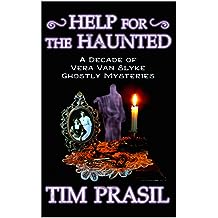 Help for the Haunted: A Decade of Vera Van Slyke Ghostly Mysteries 27/04/2019
by Tim Prasil
( 14 )
$4.26
Vera Van Slyke was a muckraking journalist who crusaded against Spiritualist mediums, confident they were all fakes. But she was also a ghost hunter with proof that spirits actually do haunt the living. “Ghosts are like cats,” Vera once explained. “They’re real, but they hardly come when called.”One Spiritualist medium Vera defrauded was Lida Prášilová. The fake psychic agreed to share her professional secrets with the journalist, which led to a ghost hunt—which led to a deep friendship. Chronicling the ghostly investigations she shared with Vera, Lida became a Watson to a very distinctive Holmes.With laughs and chills, the chronicles span from 1899 to 1909—a decade of ghostly mysteries—and you’ll find them here in Help for the Haunted. Join Vera and Lida as they prowl through lonely mansions, bustling theaters, and underground tunnels to unravel the riddles of the Great Beyond . . . and beyond!
Read more
Other Formats:: Paperback
includes tax, if applicable 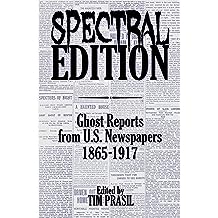 Spectral Edition: Ghost Reports from U.S. Newspapers, 1865-1917 02/11/2017
by Tim Prasil
( 7 )
$9.13
Between the American Civil War and the nation’s entry into World War I, a wave of ghost reports appeared in U.S. newspapers. Haunted houses, haunted roads, haunted families, and other spectral manifestations were treated as legitimate news. Tim Prasil has collected hundreds of these articles, and Spectral Edition: Ghost Reports from U.S. Newspapers, 1865-1917 displays the scariest, strangest, funniest, and most intriguing of them.

Along with nearly 150 complete ghost reports, Prasil includes a well-researched Introduction, useful footnotes, and an essay about how an alleged ghost encounter in Memphis ignited a debate about responsible journalism. Spectral Edition explores a curious chapter of U.S. newspapers and an era when the American press challenged scientific and religious skepticism with open-minded consideration of the possibility that specters return to haunt us!
Read more
Other Formats:: Paperback
See purchase options
Back to top
Get to Know Us
Make Money with Us
Let Us Help You
And don't forget:
© 1996-2021, Amazon.com, Inc. or its affiliates