Skip to main content
Till Death Do Us Tart (Oxford Tearoom Mysteries ~ Book 4) and over 1.5 million other books are available for Amazon Kindle . Learn more 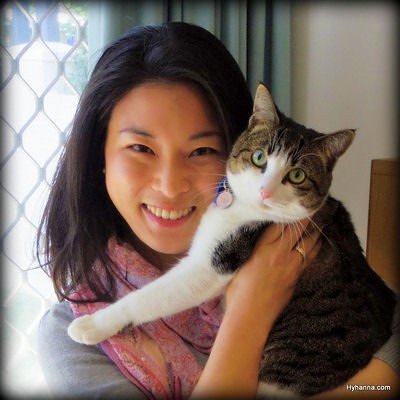 Page 1 of 1 Start overPage 1 of 1
Previous page
Next page
Start reading Till Death Do Us Tart (Oxford Tearoom Mysteries ~ Book 4) on your Kindle in under a minute.

4.7 out of 5 stars
4.7 out of 5
183 global ratings
How are ratings calculated?
To calculate the overall star rating and percentage breakdown by star, we don’t use a simple average. Instead, our system considers things like how recent a review is and if the reviewer bought the item on Amazon. It also analyses reviews to verify trustworthiness.

Claire
4.0 out of 5 stars Death by sponge
Reviewed in Australia on 2 June 2019
A treat to read. Muesli has made herself a star. Many little things can add up to a good story and the proof is here. Too much going on for any reader to lose interest. H Y Hanna has a delightful way of setting up a murder.
Read more
Helpful
Report abuse

Ansel
5.0 out of 5 stars Adorable Furry Mystery
Reviewed in Australia on 5 September 2016
* I received and ARC copy of “Till Death Do Us Tart (Oxford Tearoom Mysteries ~ Book 4)” from the author in exchange for an honest review. All thoughts and feelings are my own and I was in no way compensated for this review*

This story was a little different from the others in the series. Many new side characters were introduced in the beginning as Mom drags Gemma and Muesli to the Cotswold’s Cat Fancy Club Show where all h..l breaks loose. The police had decided the victim died of natural causes but Mom and the Old Biddies were sure it was murder, and work together to solve the mystery. Gemma against the advice of her boyfriend detective Devlin O'Connor cannot help but get involved.

Hsin-Yi did an awesome job developing so many characters in this cozy mystery from the victim to all the possible suspects, as well as continuing to grow the existing characters since book one “A Scone To Die For”.

I am either getting better at sleuthing myself or the suspect was easier to spot in this particular Oxford Tearoom Mystery. I challenge you all to see how long it takes you to spot who-did-it and how they did it. The how had me stumped until the end. I tip my hat to Hsin-Yi for writing the adorable furry mystery.
Read more
Helpful
Report abuse

Suz
5.0 out of 5 stars Enjoyable series
Reviewed in Australia on 31 July 2016
I couldnt pick the murderer for quite some time in HY Hanna's latest book. I liked that. Her plots are getting craftier and more complex and her characters more complex. I liked the hiccup in the relationship between Gemma and Devlin. I have to admit that I took a deep breath when Gemma decided to move in with him but it was so true to character how the relationship evolved. Makes for satisfying reading when plots flow freely and nothing seems contrived as the story moves forward. Love the pictures created by her insightful descriptions. A satisfying and enjoyable read.
Read more
Helpful
Report abuse

Lyn J
5.0 out of 5 stars English charm
Reviewed in Australia on 7 July 2019
Verified Purchase
Reading about vicarages, estates, Dames and village fetes as well as hearing about the history of Oxford and it's surrounds makes the Oxford Tea room Mysteries even more enjoyable. I read books 1 to 4 a while ago and still all the characters come back to mind as clear as ever.
Read more
Helpful
Report abuse
See all reviews

stillbornangels
5.0 out of 5 stars Natural death or murder !!
Reviewed in the United Kingdom on 7 July 2016
Verified Purchase
Another brilliant book by H.Y. Hanna this is my favourite of the series so far.

A whole weekend off with her boyfriend and Gemma can't wait. She's closed the eatery and given the staff the weekend off, looking forward to spending some time with devlin until he has to work, being the top man in c.i.d and asked to investigate a tip off on some organised thefts he has no choice but to let Gemma down. With all the staff off for the weekend there's no point opening the eatery. Now Gemma's at a loose end until her mum talks her in to coming to the village fete, which she has entered museli into the cat contest.

Whilst waiting for the judges Gemma and her mum start talking to Claire Eccleston and her daughter Mary after having a bit of a run in with Theresa bell who thinks Gemma was trying to poison her cats.
After chatting for a while and having a slice of cake Gemma goes to get a drink, she's surprised to bump into devlin who has been tipped off that someone is there is to pinch some quad bikes. On the way back to the pervillion as she's entering a man gets cross as he's trying to come out and knocks Gemma's drink and man handles her out the way.
As the judges starting looking at the cats gemma notices as the judges near that Claire starts to breath funny and looks panicked Gemma puts this down to the contest until Ms bell shouts that something is missing and bumps into Claire and she collapses on the floor, unfortunately Claire is dead, devlin comes and also the local doctor and he prenounces her dead and said she suffered a heart attack and signs off the death certificate as this, because she suffered with angina and was on tablets for it, they found one in her hand when she died if she had taken the tablet she probably would of still been alive. Mary Claire's daughter is obviously very upset and Gemma takes her home.

It's not good for the village fate a death and also the robbery of quad bikes which happened whilst devlin was dealing with the death. Gemma doesn't think anything strange about the death until her mum starts question things and making Gemma think about it more, did someone murder Claire eccleston, was it her daughter Mary, the gardener or someone else it seemed like Claire wasn't a very popular person. Gemma starts to seek out information and when she mentions to devlin he says the doctors signed it off as natural cause and nothing can be done unless a family member foots the bill for a post motum. Gemma who has had enough of living at home with her parents is looking for some where to live but everywhere she looks it's just not right, devlin suggests she move in with him, she's thinking about it till her mum starts trying to set her up with Lincoln again, gemma snaps and tells her she's moving into devlin so.

With lots of twists and turns and the old biddies and Gemma's mum trying to suss out if claire was murdered or not strange things happening it all starts to piece together. And another killer is brought to justice.

I was shocked to find out the murderer and how it was done I had no inkling it was who it was. This is a brilliant book in this series, a must read if you have read the other 3 books in this series.
Read more
3 people found this helpful
Report abuse

Mr. D. R. Goodman
5.0 out of 5 stars A Cosy Crime Classic
Reviewed in the United Kingdom on 16 July 2016
Verified Purchase
This is the latest in the highly enjoyable cosy crime series featuring the owner of a tearoom in a village near Oxford and her D. I. boyfriend. Male readers should not be put off by the picture of a cat, or the thought that there might be too much romance getting in the way of the murder mystery - it doesn't. This is cosy crime at its very best. The only fault I could find was the constant reference to "Dame Ecclestone" when it should be "Dame Claire", given that the person is Dame Claire Eccleston. Put that to one side and the story is excellent. I worked out quite early who the murderer was - then found I was completely wrong! The writer is very clever at giving out little clues that make the reader suspect a particular person, only to find that it wasn't that person after all. The characters are excellently written and there are so many regulars that the reader doesn't get bogged down with just the main character. Superbly entertaining, probably the best in the series so far - and that is very high praise as they are all excellent.
Read more
One person found this helpful
Report abuse

Penelope Sylvia Allen
5.0 out of 5 stars Till Death Do Us Tart
Reviewed in the United Kingdom on 19 February 2019
Verified Purchase
Another great easy read. I love these little books they are such a joy to get stuck into and finish in a couple of days. The stories are well written and also humorous. The Four old ladies really add colour and good old fashioned mystery and detective work. The addition of the little tabby cat, Muesli makes the books very real with normal, every day life, very refreshing.
Read more
Report abuse

dj
5.0 out of 5 stars A damned good read.
Reviewed in the United Kingdom on 22 July 2016
Verified Purchase
Excellent crime series for young and and old. A complex list of characters, fiendish plots and subplots and of course the cat. Set near Oxford, it shows the author's familiarity with with the area, includes a translation service for peaple who don't speak student, explains some the quirks of the language and some very good recipes. She also shows a good understanding of cats,
Read more
One person found this helpful
Report abuse

Kindle Customer
5.0 out of 5 stars Tea with our local sleuths .
Reviewed in the United Kingdom on 12 May 2017
Verified Purchase
A cosy , easy read . Gemma , her handsome detective boyfriend , her snobby , interfering ( but still likeable ) mother , some amateur sleuthing with the help (& sometimes hinderance ) of the old biddies all adds up to an entertaining storyline . Add in a traditional english tearoom , an insider glimpse into the goings on at several of the oxford colleges , & you have an interesting backdrop to all of Gemma s adventures , & , at times , misadventures .
Read more
Report abuse
See all reviews
Back to top
Get to Know Us
Make Money with Us
Let Us Help You
And don't forget:
© 1996-2021, Amazon.com, Inc. or its affiliates