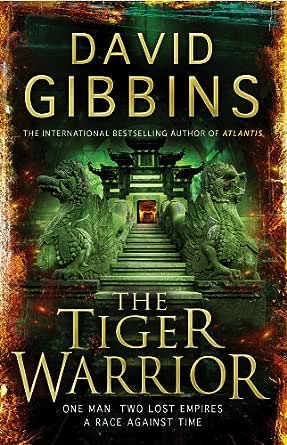 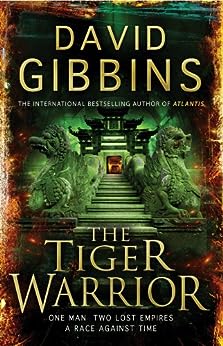 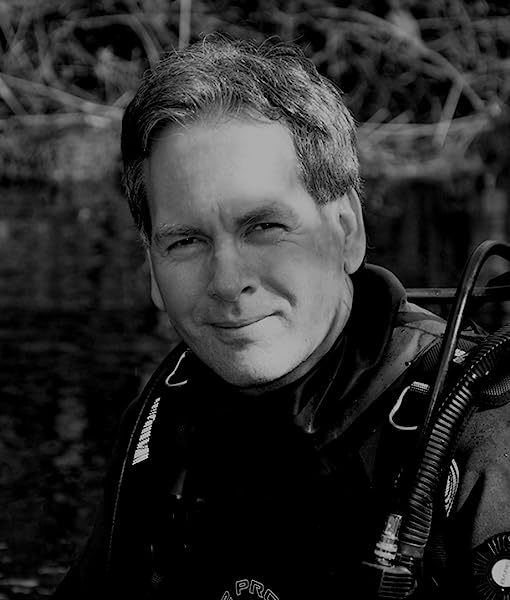 India. 1879. Lieutenant John Howard witnesses something so unspeakable it changes him for ever. His subsequent disappearance is never solved. Egypt. Present day. Marine archaeologist Jack Howard makes an astonishing discovery on a deep-sea dive. What's the connection? Jack Howard doesn't know yet. But he's about to find out. This isn't just a treasure hunt; it's a desperate search for the truth. A truth that will unlock the mystery of Jack's great-great grandfather's disappearance. A truth so compelling Jack's pursuit is almost unstoppable. Almost. A formidable enemy from Jack's past has appeared in his present, and this enemy will stop at nothing to protect its earth-shattering secret.

David Gibbins has worked in underwater archaeology all his professional life. After taking a PhD from Cambridge University he taught archaeology in Britain and abroad, and is a world authority on ancient shipwrecks and sunken cities. He has led numerous expeditions to investigate underwater sites in the Mediterranean and around the world. He currently divides his time between fieldwork, England and Canada. Visit his website at www.davidgibbins.com.

Kindle Customer
3.0 out of 5 stars Story is bogged down with too much detail.
19 April 2018 - Published on Amazon.com
Verified Purchase
This wasn't as good as I expected because there was a great deal of back historical reminiscing that dragged the story along. Usually, I love historical detail about things I wasn't aware of but this story was bogged down with it. Lapis and Peridot are two of my favorite gem stones, and I didn't know where they were mined from, but I did know that Lapis was highly prized by the Egyptians, but didn't know that they were mined in Afghanistan at one time and don't know if they still are. The history of the Silk Road was interesting and how Roman soldiers got involved in the history of it was too, but the story was dragged down with too much detail and complicated by the British involvement in India. As a result, I chose to skip ahead just get to where the story actually going. Gibbins has written some interesting stories by weaving in actual historical background, but this is definitely not worth a second read.
Read more

D-man
2.0 out of 5 stars Misses the mark
2 August 2016 - Published on Amazon.com
Verified Purchase
I have loved the previous 3 books in the series, and I have every intention of reading the next. I've not manage to finish this one, I don't know if it's me, or the book is really that bad. I can't say I've enjoyed it, and I'm at least a third of the way into it. It's really hard for me to push through a book that I consider bad. Even if I enjoy the author, life is too short to waste on bad books when there are too many good ones. SO in all fairness, I am going to try to give this a few more chapters and if my feelings change, I'll update my review. If not, then consider yourself warned.
Read more

Zahara
4.0 out of 5 stars Great Storytelling
22 March 2010 - Published on Amazon.com
Verified Purchase
Here's how I see it. If you want gratuitous action and predictable elements bathed in cliche then this book is one you will give only 2 or 3 stars to because it doesn't have any. It is rich with history and believable timelines. Not full of endless confrontations with lots of blood and gore. It's just plain good storytelling. You want villains who always have eyes on the female character....not here. A hyped up man who easily kills 50 men in a day while he gets tortured, bloodied, and knocked unconscious in the same time frame....not here. I like all of Gibbons books. They don't insult my intelligence and give me pap to read.
Read more
3 people found this helpful

peterz
2.0 out of 5 stars Not like Gibbins' other stories
2 March 2012 - Published on Amazon.com
Verified Purchase
It took me a long time to get through The Tiger Warrior. I've read several other books by David Gibbins, and looked forward to this one, but I have to say- it disappointed me. This book is more about a search for a fleeting time or age, and less about Gibbibs' usual excitement and encounter with an actual, tangible treasure or amazing historical/fiction find. Its backflashes to the 1800's background story were dull. This is no comparison to my favorites- Crusader Gold, Atlantis, and The Lost Tomb.
Read more

St.Nick
3.0 out of 5 stars Too Much Data, Too Little Action.
25 November 2009 - Published on Amazon.com
Verified Purchase
Having read numerous novels of this type, I was disappointed to find the author would rather spend page after page giving detailed historical context, rather than involving the lead characters in actual confrontation. In numerous exchanges, three or four central figures lecture each other on details that most of them already knew.....apparently in an effort to educate the reader. Of the overall content of the book, roughly forty percent is historical date, thirty percent is recounting the experience of the protagenist's great, great grandfather, with the balance dealing with current action.


Read more
2 people found this helpful
Go to Amazon.com to see all 36 reviews 3.4 out of 5 stars
Get FREE delivery with Amazon Prime
Prime members enjoy FREE Delivery and exclusive access to movies, TV shows, music, Kindle e-books, Twitch Prime, and more.
> Get Started
Back to top
Get to Know Us
Make Money with Us
Let Us Help You
And don't forget:
© 1996-2020, Amazon.com, Inc. or its affiliates