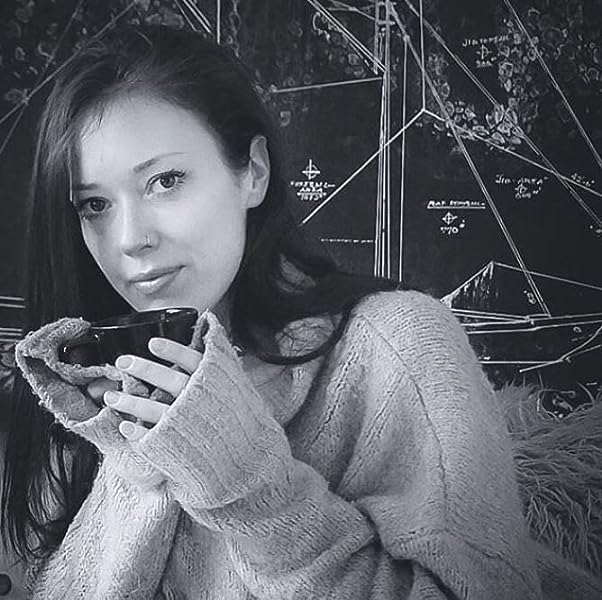 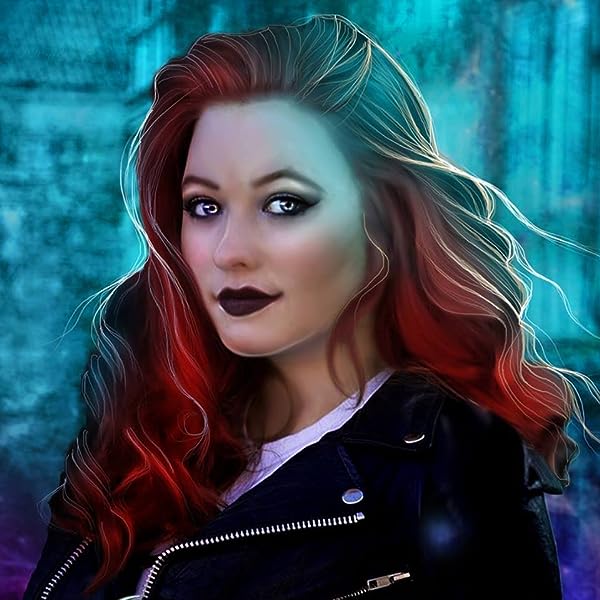 Page 1 of 1 Start overPage 1 of 1
Previous page
Next page
Start reading A Thrift Shop Murder on your Kindle in under a minute.

4.1 out of 5 stars
4.1 out of 5
113 global ratings
How are ratings calculated?
To calculate the overall star rating and percentage breakdown by star, we don’t use a simple average. Instead, our system considers things like how recent a review is and if the reviewer bought the item on Amazon. It also analyses reviews to verify trustworthiness.

CoullCat
TOP 500 REVIEWER
4.0 out of 5 stars Quirky with a Good Spin on Salem Witches
Reviewed in Australia on 1 April 2018
Verified Purchase
A Thrift Shop Murder introduces us to Priscilla, Price, who is down on her luck and looking for a new start. As Price says in the book, however, she finds herself jumping out of the frying pan and into the fire. Along with a ghost, three cats, and what has been willed to her, Price is forced to solve a murder mystery. The three men in the story were a little indistinguishable from one another but they will make a good harem. For all the nudity contained within the pages, there is not much hot and heavy action - which I don’t mind, but be forewarned if you’re after steamy scenes this first book in the series contains little steam.

Howell and Hibbet have written a good murder mystery, I changed my mind on who-dun-it a few times but in the end my first guess was near enough correct. I liked the different characters and how they all connect in different ways, very murder mystery like. I also like the brief glimpses into Price’s past, I have a feeling we’ll get to learn more about what happened with her ex and in her childhood as the series progresses.

My biggest complaint with this book would be the grammatical errors. Now, I’m not unused to seeing a few spelling errors and normally they can be ignored, we’re all human after all and a misspelled word or an extra word here or there won’t make or break a story for me. But, I found that there were errors peppered throughout the whole book ranging from a wrong word, such as HER instead of WHERE, to having the use of past tense get confused with the use of present tense. It was enough that it made my reading experience feel a bit disjointed which was disappointing.

A Thrift Shop Murder was a quick funny read. I enjoyed its quirks and it’s spin on witches in Salem, and being a reverse harem just adds points. It has a few grammatical errors but I would still recommend giving this one a go. With a series title of Cats, Ghosts, & Avocado Toast, how could you pass it up?

Dallass
TOP 100 REVIEWER
3.0 out of 5 stars These characters just might drive me nuts!
Reviewed in Australia on 19 October 2019
Verified Purchase
I’m in two minds about this. A Thrift Shop Murder has an interesting premise with a fun cosy mystery feel to it, but the characters drove me nuts more than once. From Agatha to Price, the Three Meowsketeers to Dot and Bianca. All the characters are highly quirky, emotional, and in the case of the three cats, kinda pervy at times.

However, there was something about the combination of the characters and the plot that was more than a little addictive. So, darn it, I will check out the second book 🤨

Leisel T
5.0 out of 5 stars Hilariously entertaining
Reviewed in Australia on 22 May 2018
Verified Purchase
Found the blurb to this great novel only 3 hours ago and couldn't put it down. Never have I read a book so fast! A wonderful light and entertaining story filled with magic, mystery, 'whodonit' and the most loveable characters I have come across in quite a while. Most definitely a true chick feast of a story with some absolute hilarious scenes filled with moments of sheer laughter.... really don't want to give out spoilers. I will just say beware of smiling cats! An absolute gem of a book to find and highly recommend it for some true entertainment.
Read more
Helpful
Report abuse

Katdragon2010
5.0 out of 5 stars Interesting Read
Reviewed in Australia on 26 July 2018
Verified Purchase
A most interesting tale of a woman who was very badly treated by her ex fiancé, who then found a new job in a new town. On arriving she foubd that her new boss was dead and had left her the business and building whifh included living quarters. She also inherited three cats and the ghost of her employer. A witchy story with many hilarious turns.
Read more
Helpful
Report abuse

Jody White
2.0 out of 5 stars Not for me
Reviewed in Australia on 10 August 2018
Verified Purchase
Sorry, it's just not my kind of story although others may like it
Read more
Helpful
Report abuse

Katy Evans
4.0 out of 5 stars read these!
Reviewed in Australia on 23 September 2018
As a Kindle Unlimited customer it is sometimes hard to find original ideas. While this series is well within the paranormal fantasy genre, there are enough original ideas that is it well worth a read, and yes, I did properly laugh, and I am sad that there aren't any more for me (I just finished #3). The English isn't always fantastic and the heroine can be a bit whiny, which is baffling considering her situation, but the cracking plot lines and moments when the characters jump off the page make up for this.
Read more
Helpful
Report abuse

Book Addict
TOP 500 REVIEWER
4.0 out of 5 stars Funny and exciting book!!
Reviewed in Australia on 1 April 2018
This book is so funny, I love the concept of the story and how it is written by this fantastic author! The book is full of laughter and entertains the reader all the way through. I love when the cats start talking and how about the ghost going to her own funeral...so great! This book does not disappoint and it leaves the reader wanting more from this exciting world that was created by NM Howell! Can’t wait to see what happens next, highly recommended.
Read more
Helpful
Report abuse

jennine.
5.0 out of 5 stars HILARIOUS, INVENTIVE AND ADDICTIVE!
Reviewed in Australia on 31 March 2018
Do the dead go to funerals? Apparently so! This whole book is chuckle worthy, good fun and had my curiosity bursting. Thank heavens its book 1 of 5 because l have questions for book 2. Do cats really have 9 lives?
Where and how did Agatha get all the Chanel collector clothes for the thrift shop? Her red car no one knew about? Can she prove her ex's dirty deed? What happens to Dot and will Pussy reveal his real name? Will she trace her witchy connection to be a long lost relative of Agatha? Bring on book 2. Recommended read
Read more
Helpful
Report abuse
See all reviews

Martha
2.0 out of 5 stars If you want funny and a mystery, take your money elsewhere.
Reviewed in the United Kingdom on 2 November 2018
Verified Purchase
This book did not live up to the description. I had hoped it would be funny, but I didn't even smile. It may be that the British sense of humour is very different to the American, or that the target audience (which I assume is the teenage/twenties demographic) find inadvertent male nudity absolutely hilarious and I don't fall into that demographic but I suspect that this formulaic novel has a limited appeal. I fought my way through to the end, only to find that nothing was resolved and the reader is expected to purchase and plough though any number of sequels.
Read more
4 people found this helpful
Report abuse

Amazon Customer
3.0 out of 5 stars Slushy romance with a hint of ghosts
Reviewed in the United Kingdom on 15 April 2019
Verified Purchase
Just finished this, a very mills&boon approach to a supernatural murder mystery, the three men of the ‘reverse harem’ (nothing but constant flirting and the odd thought of groping from the main character happen) are very standard romance novel handsome and mysterious. Flashes of interesting plot and world building in terms of the supernatural that doesn’t play out, the plot picks up in the second half of the book- I admit I spent the beginning resenting the main character and her ‘oh I’m too thin and tall and athletic to be attractive woe is me’ internal comments - but the hints about a wider witchy world at the end are okay. The last 20% of the book is just the start of the second book.
Read more
Report abuse

Kindle Customer
5.0 out of 5 stars The cats got the cream!
Reviewed in the United Kingdom on 12 October 2018
Verified Purchase
A very funny, tongue in cheek, book. Price has hit rock bottom, her boyfriend has jilted her for another woman, her vegan juice bar has burned down. Eager to relocate, and find both a home and job, she moves to Salem. Price finds that her new boss is dead and she has been named as heir. Along with the shop she also inherits three cats, and that's when the fun begins.
Loved the characters and reading more about them.
Read more
Report abuse

Raven.FP
4.0 out of 5 stars Fun little mystery.
Reviewed in the United Kingdom on 17 May 2018
Verified Purchase
Slow in places but made for a funny story. Definitely worthy of a read.

What's not to love about the characters ;-).
Read more
Report abuse

Fluffyfangs
5.0 out of 5 stars Another brilliant cozy mystery
Reviewed in the United Kingdom on 29 April 2018
Verified Purchase
I want cats like these so much 💖💖💖. What a brilliant tale can’t wait for more instalments. Absolutely fantastic. Loving this series
Read more
Report abuse
See all reviews
Get FREE delivery with Amazon Prime
Prime members enjoy FREE Delivery and exclusive access to movies, TV shows, music, Kindle e-books, Twitch Prime, and more.
> Get Started
Back to top
Get to Know Us
Make Money with Us
Let Us Help You
And don't forget:
© 1996-2020, Amazon.com, Inc. or its affiliates