Three Weeks in Paris and over 1.5 million other books are available for Amazon Kindle . Learn more
Share <Embed> 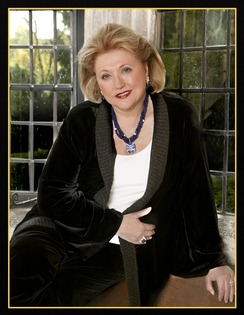 Page 1 of 1 Start overPage 1 of 1
Previous page
Next page
Start reading Three Weeks in Paris on your Kindle in under a minute.

'Queen of the genre.' Sunday Times

‘Few novelists are as consummate as Barbara Taylor Bradford at keeping the reader turning the page. She is one of the world’s best at spinning yarns.’ Guardian

‘As romantic and thrilling as the rest’ Independent on Sunday

‘Another great yarn from the ultimate storyteller’ The Sun

‘The storyteller of substance.’ The Times

‘A compulsive, emotional read about love, lies and the ties that bind… Taylor Bradford is the most fabulous teller of stories’ Daily Mail

As students at the prestigious Anya Sedgwick School of Decorative Arts in Paris, Alexandra Gordon, Kay Lenox, Jessica Pierce and Maria Franconi share the challenges and excitement of developing their artistic talents to the fullest under Sedgwick's caring and demanding guidance. But once best friends, they part enemies, and after graduation they go their separate ways, pursuing careers and establishing lives in different corners of the world.

Alexandra, a set designer, becomes a leading figure in New York's theatre world. Kay, who marries and moves to Scotland, designs a successful line of clothing. Jessica, an interior designer, makes her home in California, while Maria returns to her native Italy, where she continues to work in her family's textile business.

For each of them, the arrival of an invitation to Paris to celebrate Anya Sedgwick's eighty-fifth birthday stirs up complicated feelings: nostalgic memories are coloured by poignant regrets and the reluctance to revisit their own pasts mixes with curiosity about the other women. It is ultimately their desire to deal with unfinished business that convinces all of them to attend the party. During three eventful weeks in Paris, they visit their old haunts, rekindle ties, and awaken in each other the sense of wonder, adventure, and possibilities they had shared so long ago.

Barbara Taylor Bradford was born and raised in England. She started her writing career on the Yorkshire Evening Post and later worked as a journalist in London. Her first novel, A Woman of Substance, became an enduring bestseller and was followed by twenty-three others, including the bestselling Harte series. In 2006 The Ravenscar Dynasty began an epic new family series around Ravenscar and the house of Deravenel. Barbara’s books have sold more than eighty-one million copies worldwide in more than ninety countries and forty languages. In October of 2007, Barbara was appointed an OBE by the Queen for her services to literature. She lives in New York City with her husband, television producer Robert Bradford..

4.4 out of 5 stars
4.4 out of 5
92 global ratings
How are ratings calculated?
To calculate the overall star rating and percentage breakdown by star, we don’t use a simple average. Instead, our system considers things like how recent a review is and if the reviewer bought the item on Amazon. It also analyses reviews to verify trustworthiness.

jelly bean
5.0 out of 5 stars One of BTB’s best 10+
Reviewed in the United Kingdom on 9 June 2020
Verified Purchase
I have read this book 7 times it is so well written. I have also read every book that BTB has written. You get a good story with more chapters not like some authors where you get 18 chapters!!!!
Read more
Report abuse

Gordon Rowland
4.0 out of 5 stars Fantastic
Reviewed in the United Kingdom on 30 September 2014
Verified Purchase
I found it intriguing and I like the way barbara writes her stories always leading you on. Never want to put her novels down oh the twists and turns of life. I am learning more about places plus snippets of history some known and some not. A GOOD READ
Read more
One person found this helpful
Report abuse

Nana Palin
3.0 out of 5 stars Three Stars
Reviewed in the United Kingdom on 30 March 2018
Verified Purchase
Not gripping like her usual books.
Read more
Report abuse

P. Hill
5.0 out of 5 stars VERY GOOD
Reviewed in the United Kingdom on 29 January 2013
Verified Purchase
AN ABSORBING READ SIMPLY BECAUSE OF A VERY GOOD STORYLINE.CONTENTS FLOWED WELL AND DIFFICULT TO PUT DOWN.A VERY WELL PRESENTED NOVEL.
Read more
One person found this helpful
Report abuse
See all reviews
Get FREE delivery with Amazon Prime
Prime members enjoy FREE Delivery and exclusive access to movies, TV shows, music, Kindle e-books, Twitch Prime, and more.
> Get Started
Back to top
Get to Know Us
Make Money with Us
Let Us Help You
And don't forget:
© 1996-2020, Amazon.com, Inc. or its affiliates