Three Steps To Heaven ( A tale of music, drama and family... and over 1.5 million other books are available for Amazon Kindle . Learn more
Share <Embed> 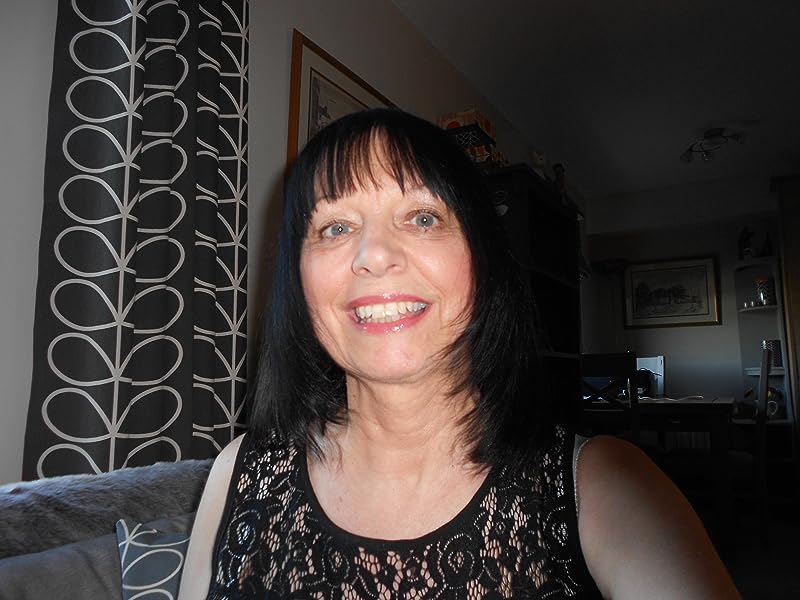 Start reading Three Steps To Heaven on your Kindle in under a minute.

4.3 out of 5 stars
4.3 out of 5
82 global ratings
How are ratings calculated?
To calculate the overall star rating and percentage breakdown by star, we don’t use a simple average. Instead, our system considers things like how recent a review is and if the reviewer bought the item on Amazon. It also analyses reviews to verify trustworthiness.

M. Vincent-Northam
5.0 out of 5 stars Memorable characters
Reviewed in the United Kingdom on 4 February 2012
Verified Purchase
Set in the early 1960s, Three Steps to Heaven follows the story of Eddie and Jane, their love, struggles, friendships and the bearing their past relationships have on their future happiness.

The couple should be together, but Jane is engaged to Mark and Eddie has had to marry the pregnant Angie and give up his dreams of making it big with rock band The Raiders. When they meet up again several years later, the spark is still there and they begin an affair. There are many changes in store and their lives, and those of others, are turned upside down by events.

Author, Pam Howes, writes skilfully about the 60s and the music scene making it easy to visualise the era. As the story moves along, a darker, more sinister aspect creeps in involving Jane's abandoned lover; Mark, growing more and more mentally unstable, becomes a threat until, in the end, a tragedy occurs.
Read more
4 people found this helpful
Report abuse

ian
5.0 out of 5 stars VERY HIGHLY RECOMMENDED.
Reviewed in the United Kingdom on 6 April 2012
Verified Purchase
This has to be one of the best novels I have read.
It was the title that appealed to me and the setting of the story around the Rock 'n' Roll theme.
No sooner had I read the first page I was hooked to read more and was constantly wanting to know what happened next.
Reading about these characters and their sometimes very complicated lives did bring back a few memories of these times with references to cetain music tracks and artists many of which I still listen to today.

In places it was dealing with harsh realities of life, and how a spiteful and selfish action can have long lasting consequences affecting more lives than just those these actions were initially directed against.
There is a great deal of compassion between other characters, with Jane and Eddie being the center of the story, you really do find yourself rooting for them and hoping so much they find a happy place.

kathleen
5.0 out of 5 stars takes me back
Reviewed in the United Kingdom on 17 March 2013
Verified Purchase
wow, pam howes deserves the five stars for this book. it tells the story about a rock band, but running with it is the story of there home lives. central characters are jane and eddy. they were to be married until angie comes along saying she is pregnant. so eddy had to marry angie, an awful scheming girl.
jane starts seeing mark, another man who turns out to be a monster. loads of twists n turns. will joan and eddie get back together to share the love they have. will mark spoil things for them, with his insane jealousy. what a creep.
i dont want to say much more on story, in case i say to much and spoil things.
i felt i was living in this story, a sign of a great book.
centred in the sixties, which was my time, i was a child of the sixties, and it took me back to the era. i recommend this book to young and old alike. i have the next two to read, so i will review them when i read them.well done pam howes, i love your style
Read more
One person found this helpful
Report abuse

Mrs. Patricia Jean Barlow
1.0 out of 5 stars Cant review these as I dont have a kindle or the item
Reviewed in the United Kingdom on 5 May 2020
Verified Purchase
I have a major problem with this, I thought I was ordering Pam Howes printed books. I did not realise books can also mean Kindle. I don't have a kindle and I don't want one. As I don't understand quite how to do this, please tell me how I can return this when it tells me on my order to down load. I don't understand, I am 71 and very confused. Will I physically receive something to return
Read more
Report abuse

Janice Cooke
5.0 out of 5 stars Wonderfully evocative of the era!
Reviewed in the United Kingdom on 10 June 2012
Verified Purchase
Oh I did enjoy this first book in the trilogy! The 60's were my time. I'm not ashamed to say I was a bit of a groupie. I wallowed in nostalgia reading this. I wanted to wait until I finished all three books before sharing my reviews on here. All I can say is that even if you weren't around in this era, it doesn't matter because the story is a sheer delight to read from all perspectives. I really did want to shake some of characters for their foolish mistakes - but they just kept on making them. It is a book you won't want to put down and won't be satisfied until you reach the end. Fantastic read. Thank you so much Pam! Three Steps To Heaven (Pam Howes Rock'n'Roll Romance Series)
Read more
2 people found this helpful
Report abuse
See all reviews
Back to top
Get to Know Us
Make Money with Us
Let Us Help You
And don't forget:
© 1996-2021, Amazon.com, Inc. or its affiliates