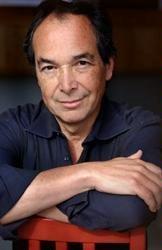 Page 1 of 1 Start overPage 1 of 1
Previous page
Next page
Start reading Three Stations (Arkady Renko) on your Kindle in under a minute.

4.2 out of 5 stars
4.2 out of 5
409 global ratings
How are ratings calculated?
To calculate the overall star rating and percentage breakdown by star, we don’t use a simple average. Instead, our system considers things like how recent a review is and if the reviewer bought the item on Amazon. It also analyses reviews to verify trustworthiness.

tom meszaros
4.0 out of 5 stars “Life is unfair. Why should death be any different”?
Reviewed in Australia on 15 February 2021
Verified Purchase
An outstanding reading experience: Marin Cruz Smith has certainly dilivered. Investigator Renko continues his intrepid though blighted journey to find answers to questions not many in Russia seem to be interested about. In the process, he moves through landscapes so realistic and detailed, that the reader can not help but be drawn in. Whether Putin’s modern Russia is similarly enamoured with Cruz Smith’s depictions remains to be seen.
Read more
Helpful
Report abuse

Marcelle
4.0 out of 5 stars Good read if you follow Arkady Renko's story
Reviewed in Australia on 26 January 2020
Verified Purchase
Enjoyed the book as it was a continuation of Arkady Renko but the storyline was not as gripping as the previous 2.
Read more
Helpful
Report abuse

Maureen PRITCHETT
4.0 out of 5 stars Good
Reviewed in Australia on 15 April 2014
Verified Purchase
Cruz Smith has never written a book I have not enjoyed. Three stations is up to his usual high standard.
Read more
Helpful
Report abuse
See all reviews

Lagoon
4.0 out of 5 stars Renko under threat.
Reviewed in the United Kingdom on 11 November 2020
Verified Purchase
Arkady Renko has fallen out of favour with his boss, prosecutor Zurin. Not anything new in itself and in keeping with his eternal optimism, Arkady doesn’t let his imminent unemployment phase him. Convinced that a serial killer is at large, Renko calls in favours and sees a pattern developing. Meanwhile, Renko’s protege, chess aficionado Zhenya, is helping a young mother find her stolen baby. Naturally, the two storylines converge but not until the closing section of the book. Zhenya is far more prominent in this book but whether he features as a staple in any further Renko novels remains to be seen. He is a well drawn character but Renko steals the show. I love his relentlessness and his refusal to accept anything at face value. Although not one of the stronger books in the series, this shows Renko at his most dogged and that’s worth a read in itself.
Read more
Report abuse

Steve M
4.0 out of 5 stars Hero investigator determinedly fights off gangs and even his boss to bring justice
Reviewed in the United Kingdom on 22 March 2019
Verified Purchase
Hero senior investigator Renko never gives up in fighting Russian criminal gangs and even his own boss to achieve justice. He does this at considerable cost to himself and his close relationships. Bruised and battered, Renko is nothing if not determined, he cleverly cuts through obstacles in this low-life Russian urban jungle. Very atmospheric, at times a depressing and graphic description of a dangerous and decaying urban world.
Read more
Report abuse

Kindle Customer
3.0 out of 5 stars Decent interesting read but,
Reviewed in the United Kingdom on 20 March 2020
Verified Purchase
Usual Renko against the system stuff and usual high standard of writing from MCS, however not the usual quality plot. I came away with the impression that I had just read two short stories cobbled into one. Both were good but taken together I just found them a little jarring.
Read more
Report abuse

Dave Bowden
3.0 out of 5 stars Not my favourite Arkady story but still enjoyable.
Reviewed in the United Kingdom on 7 January 2021
Verified Purchase
Not my favourite Arkady Renko story. Probably because he is somewhat sidelined to several other characters. I prefer the stories that are told mainly from his point of view.
Still a good read though.
Read more
Report abuse

Julian Hird
4.0 out of 5 stars Classic Cruz Smith
Reviewed in the United Kingdom on 31 December 2012
Verified Purchase
I love Smith's Arkady Renko novels. Renko is not your a-typical detective and the Russian setting adds a very different atmosphere. Renko not only has to solve crimes but battle the bureacracy of the Russian police. Renko, like many other detectives, has his own personal issues but it's not just his character that I admire, it's also the structure of the novel. While not as good as 'Gorky Park' or 'Polar Star' the same techniques are used and it is very difficult to predict the outcome or whether the supposed villain is actually the villain. After visiting a crime scene, Renko has obviously spotted some clue that isn't given to the reader until later and it's fascinating to discover what it was. As I said, not the best of his novels but thoroughly enjoyable.
Read more
Report abuse
See all reviews
Back to top
Get to Know Us
Make Money with Us
Let Us Help You
And don't forget:
© 1996-2021, Amazon.com, Inc. or its affiliates