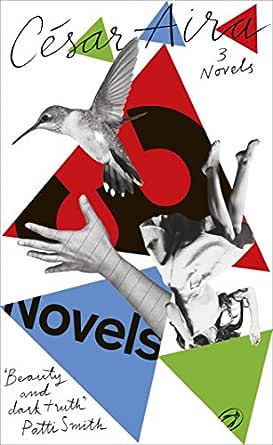 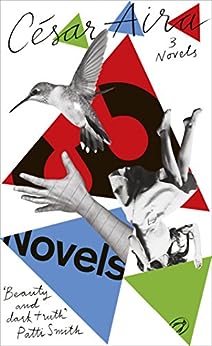 Authors Bio, not available --This text refers to the paperback edition.

Three novellas by one of the most idiosyncratic and unusual international writers today, packaged as an Essential for the first time. --This text refers to the paperback edition.

Aira is one of the most provocative and idiosyncratic novelists working in Spanish today and should not be missed, The New York Times

Aira has written over seventy books. They are mostly novels, mostly slim, and mostly astoundingly good. He reminds me of Philip K. Dick, of Honore de Balzac, of Machado de Assis, and of Soren Kierkegaard... all of which is simply to say that he is without compare -- Rivka Galchen, The New Yorker

The author who nowadays is perhaps the most original shocking, the most exciting and subversive Spanish narrative writer: Cesar Aira -- Ignacio Echeverri

He is an improviser, his work a performance on the page. But experimental, improvisational, performative and dream-like as Aira's many marvellous books are, they also reveal him to be no less of a traditionalist, responding to the most ancient custom of storytelling as a way of passing the hours of the night, Judges’ citation, The Man Booker International Prize 2015

Cesar Aira is writing a gigantic, headlong, acrobatic fresco of modern life entirely made up of novelettes, novellas, novellitos... In other words, he is a great literary trickster, and also one of the most charming -- Adam Thirlwell

Aira's stories seem like shards from an ever expanding interconnecting universe. He populates the racing void with multitudinous visions, like Indian paintings of gods vomiting gods. He executes digression with muscular lucidity -- Patti Smith, The New York Times

César Aira's body of work is a perfect machine for invention-he writes without necessity or any apparent forebears, always as if for the first time -- Maria Moreno, BOMB Magazine

If there's currently a writer who defies all classification that writer is César Aira. Once you've read Aira, you don't want to stop. Aira is an eccentric, but he's also one of the three or four best Spanish-language writers alive today -- Roberto Bolaño

Aira's works are like slim cabinets of wonder, full of unlikely juxtapositions. His unpredictability is masterful -- Rivka Galchen, Harper's --This text refers to the paperback edition.
Read more

Zoltan Pinter
5.0 out of 5 stars A perfect insight into the magic and wonderful world of Cesar Aira
Reviewed in Germany on 11 November 2016
Verified Purchase
The Literary Conference is the first book by Cesar Aira I've read. It made me want to read more of this brilliant author's novels instantly. Meanwhile I've read almost every one of his novels translated to English or German so far. This book contains said The Literary Conference along with two other excellent noves by Aira and is a great oportunity to dive into the world of one of South America's if not the whole world's greatest authors of today. That is why I picked this one out as a present for likeminded literature lovers.
Read more
Report abuse

Happy Rock
5.0 out of 5 stars Aira!
Reviewed in the United States on 30 September 2018
Verified Purchase
You're either on board or you ain't.
Read more
2 people found this helpful
Report abuse
See all reviews
Back to top
Get to Know Us
Make Money with Us
Let Us Help You
And don't forget:
© 1996-2021, Amazon.com, Inc. or its affiliates