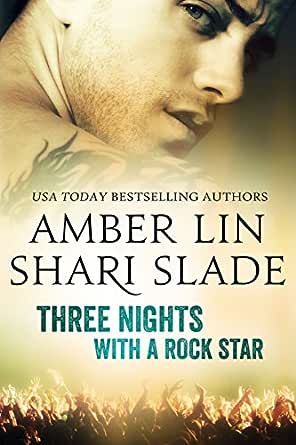 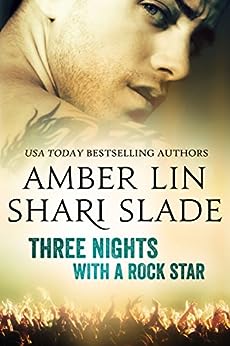 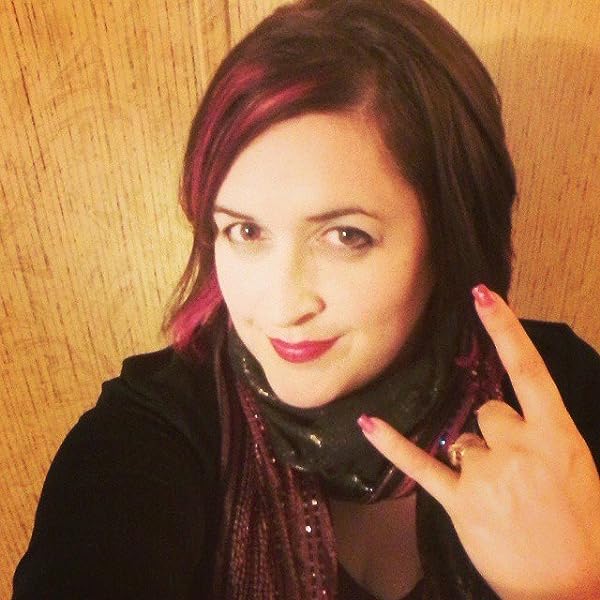 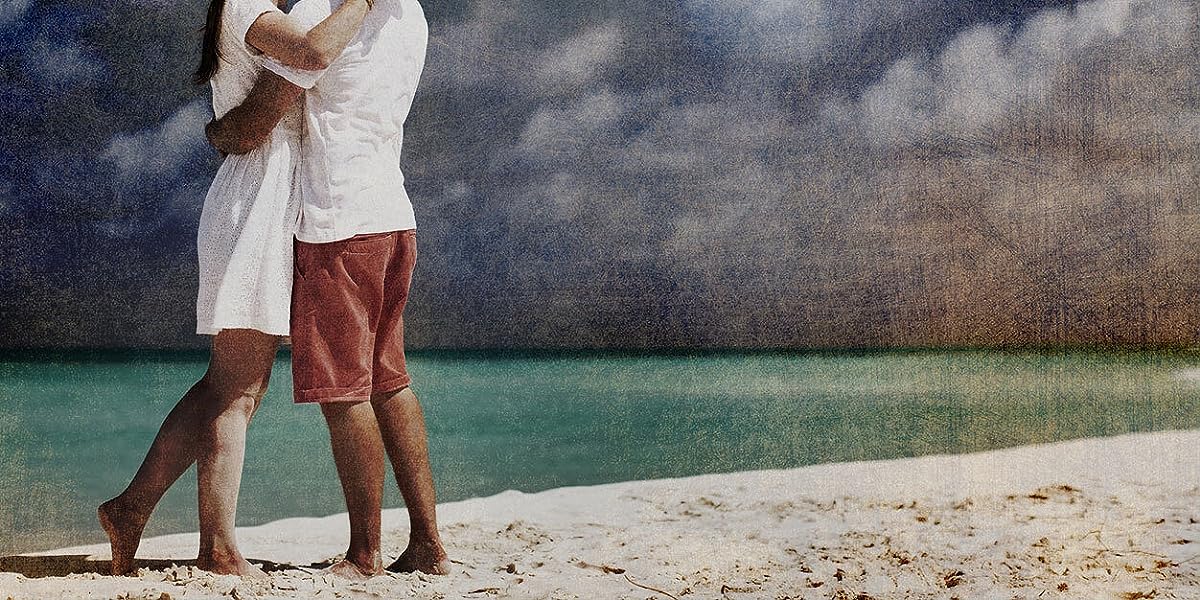 3.9 out of 5 stars
3.9 out of 5
132 global ratings
How are ratings calculated?
To calculate the overall star rating and percentage breakdown by star, we don’t use a simple average. Instead, our system considers things like how recent a review is and if the reviewer bought the item on Amazon. It also analyses reviews to verify trustworthiness.

MissBliss
5.0 out of 5 stars KEATON SHAW 😍😍😍😍 Everyone Needs One 😂
Reviewed in Australia on 11 March 2018
Verified Purchase
This novel is truly amazing taking one on a sound journey of mischief and mayhem.
Meet Hailey and Keaton.
Church Girl and RockStar Sex God 🤣🤣🤣🤣 upon hearing of her sister Chloe's pending pregnancy, Hailey goes on a mission to track down the babies father - here her journey begins - her driving to Chicago to try and meet up with Lock -Lead Singer of Half Life so as to find the man that got her sister pregnant thus begins the journey of Hailey's sensual awakening - a must read with a twist lol one will have to read to find out and experience.....

Is Hailey totally investigating up the wrong pathway? Let's open up the first page and find out 😍😍😍😍😍😍

Kindle Customer
3.0 out of 5 stars 2 nights
Reviewed in Australia on 23 February 2018
Verified Purchase
While I liked this book, there were parts that were confusing; e.g., one minute it's Hailey speaking and the next one it's Lock. There's no break or notification and it takes a few minute to realise what's happened. The storyline could have been extended and there could have been less repetative 'thinking' .
Read more
Helpful
Report abuse

crashqueen73
4.0 out of 5 stars Kooky But Good
Reviewed in Australia on 2 March 2015
Weirdly enough, I liked this one!! I didn't think I would... I am not really a fan of rock stars or their groupies but surprisingly this one worked for me.

And after three days (and 85% of the book) they decide to get married and live happily ever after.

I also have to mention to analogies.. they were just kooky (bit like the story line) for example, "She picked up his fears like Easter eggs and collected them in her basket. And carefully broke each one open." Hmmmmm.

Violet Musonda Mwape
4.0 out of 5 stars Great Start! ;)
Reviewed in Australia on 17 June 2014
You know that saying, don't judge a book by its cover? Well I tend to do that with blurbs of books that have a storyline about a bad boy "rockstar" or "musician" of sort who's lost his way and has a carefree attitude but at the same time he's missing something, then along comes this chick who changes his perspective blah blah blah... you get it. The point is that I judge these kinds of books. And I judge them HARD. There's something I find off-putting about them. Not sure what... yet.

So I am glad I got to read Three Nights With A Rockstar. :)
It changed my opinions on such storylines.
I enjoyed reading the book. It was a light, simple and sexy read. I was hooked from the beginning and throughout the story I just wanted to know how things would turn out.

I enjoyed the way the characters were written. Well written character development showed from each character.
Lockwas my fave - not only cause he was swoonworthy - but as the reader I got to see the real him behind the mask he puts on.
Hailey was an okay character for me. A lot of the time her character/personality wasn't as believable in the way she wanted the readers to see her. It wasn't bad but I just thought that maybe it needed to be convincing between who she was and who she was turning out to be.
There were a few times I thought that Hailey and Lock's relationship moved too fast but I guess in a way it fit with the book in making it short, sweet and to the point.

Chloe and her "love interest" - (not gonna spoil the who, cause that's the fun part) - were greatly written too. I enjoyed their scenes together and you could be able to connect with the characters. I thought that Hailey and Lock's scenes would be the main focus and interest for me but Chloe's side of events was equally intriguing and had me hooked. I would have liked the mystery of who the baby daddy was to have been dragged out a while longer though, cause that's what attracted me the most about Chloe's scenes, but it all worked out in the end. :)

The storyline was greatly written and came out better than I expected. The writing was done so good I was sucked in. Really talented authors. I really loved the twist near the end with the sex-tape leak, mostly because I did not see that coming and it really brought ALL the characters out even more for me. Got to see them at breaking point. :D
This book sure has something for everyone in my opinion and I would recommend those who love this genre to definitely pick it up if they want a quick, sexy fun, hot and... oh so dirty read. I really enjoyed it and am glad I got it. Can't wait to read #2.

I received a free copy of this book from the authors in exchange of an honest review.

Emily G
4.0 out of 5 stars They say opposites attract.
Reviewed in Australia on 1 February 2015
I liked it.
Yes, it could have had more back story to it but sometimes it's good to just read a book without having to think to much about.
Lock the famous rock star, Hailey the Sunday school teacher. It's an unlikely pairing but it works out.
Read more
Helpful
Report abuse

Nik Brewer
4.0 out of 5 stars Hot
Reviewed in Australia on 7 March 2017
Great book with some very hot scenes. I liked the characters and the storyline is sexy, fun, sweet and has some good twists.
Read more
Helpful
Report abuse
See all reviews

Suzanne Tibbo
3.0 out of 5 stars Not a bad little story
Reviewed in the United Kingdom on 30 July 2018
Verified Purchase
Hayley and Chloe have had a hard start in life. Their mother, rumoured to be the local prostitute, abandoned them when Hayley was still young, but Hayley stepped up to look after her younger sister and keep them safe. The local church had helped them both, a lot.

Now the sisters were adults, but Hayley still thought of Chloe as a child so it broke her heart to learn that Chloe had come back from a summer job selling merchandise for the band Half-Life pregnant. Apparently the father didn't want to know, and Hayley wanted better than what they had of a childhood for Chloe's baby so she decided to try and find the father and make him take responsibility.

Not a bad story at all, Lock (the rock star in question) shows his softer side that no one knew was there as Hayley brought the best out of him.
Read more
Report abuse

Angelina Smith
4.0 out of 5 stars No Holding Back!
Reviewed in the United Kingdom on 17 March 2018
Verified Purchase
This is the first book I've read by Amber Lin and Shari Slade and I downloaded it for free on Kindle. If you're looking for a book that's hot, then this is one I'd recommend. Hailey and Lock don't hold back despite having only met, and then along comes Krist as well. The plot of Three Nights With A Rock Star has the ability to be so much more and could be built upon to make an even better story. However, I'd definitely download and read book 2 of this series, Kiss With A Rock Star.
Read more
Report abuse

L beaver
3.0 out of 5 stars It's a love story and then there are the sex scenes.
Reviewed in the United Kingdom on 2 March 2018
Verified Purchase
It's not your run of the mill love story that's for sure. Hailey goes to track down the father of her sisters baby and comes into contact with Lock the singer of the band. The good church going Hailey isn't good when she is with him and when she leaves he finds that he is lost without her.
Read more
Report abuse

cortland22
4.0 out of 5 stars Not bad read
Reviewed in the United Kingdom on 28 February 2018
Verified Purchase
I am used to reading a book from both points of view, but this one went a little further and sometimes I had to concentrate on which persons view I was reading. However the book overall was a goid read.
Read more
Report abuse

Kindle Customer
3.0 out of 5 stars Abrupt end
Reviewed in the United Kingdom on 9 March 2018
Verified Purchase
This was a good book it had so much potential then it ended. It could have ended better. The characters were great and the storyline was good apart from the end
Read more
Report abuse
See all reviews
Back to top
Get to Know Us
Make Money with Us
Let Us Help You
And don't forget:
© 1996-2021, Amazon.com, Inc. or its affiliates