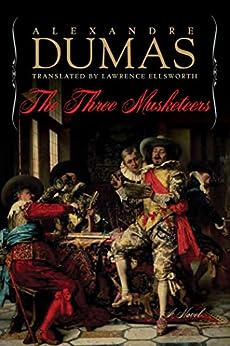 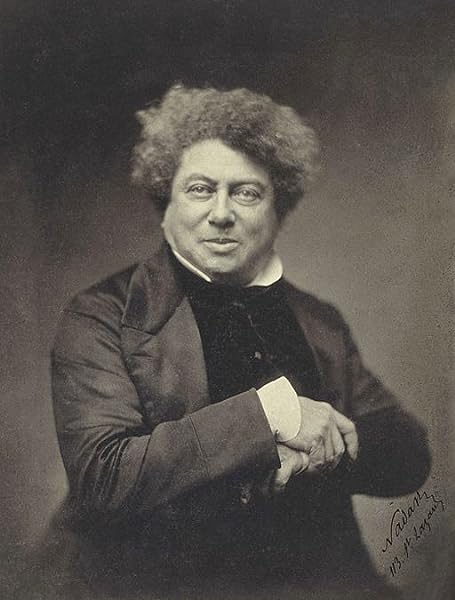 "I do not say there is no character as well-drawn in Shakespeare [as D'Artagnan]. I do say there is none that I love so wholly." Robert Louis Stevenson" --This text refers to an alternate kindle_edition edition.

Alexander Dumas was born in 1802 at Villers-Cotterets in France. He received very little education but when he entered the household of the future king, Louis-Philippe, he began to read voraciously and then to write. He is best remembered for his historical novels, The Count of Monte Cristo and The Three Musketeers. Dumas died in 1870.

Richard Pevear, together with his wife Larissa Volokhonsky, has translated Tolstoy's Anna Karenina as well as works by Fyodor Dostoevsky, Nikolai Gogol, Anton Chekhov, and Mikhail Bulgakov. He has also translated a number of works from French, Italian and Greek. Originally from Boston, he now lives in Paris, where he is Distinguished Professor of Comparative Literature at the American University of Paris.

Alexandre Dumas was born in France in 1802, the son of the half-Creole aristocrat General Thomas-Alexandre Dumas. In early adulthood, he took work as a clerk, met the renowned actor Talma, and began to write short pieces for the theatre. Dumas later turned his hand to novel-writing, and penned such classics as The Count of Monte Cristo and The Three Musketeers. After enduring a short period of bankruptcy, Dumas began to travel extensively, still keeping up a prodigious output of journalism, short fiction and novels. He had around forty mistresses in his lifetime and fathered at least four illegitimate children, including Alexandre Dumas, fils, who later wrote La Dame aux Camélias. He died in Dieppe in 1870. --This text refers to an alternate kindle_edition edition.

The year is 1625 and France is under threat. D’Artagnan, a young nobleman, sets off to Paris to seek his fortune as a member of the King’s Guard and befriends three musketeers – the mysterious Athos, ambitious and romantic Aramis and bumbling Porthos. Together the friends must use all their guile and ingenuity to outwit the dastardly schemes of Cardinal Richelieu and the glamorous spy, Milady.

As fresh and entertaining today as when it was first written, Alexandre Dumas’ The Three Musketeers is a gripping adventure full of daring sword fights, romance, espionage and murder.

An abridged edition of Alexandre Dumas's flamboyant tale of action and adventure in seventeenth-century France. --This text refers to an alternate kindle_edition edition.

David Coward is Senior Lecturer in French, University of Leeds --This text refers to an alternate kindle_edition edition.

‘All for One and One for All!’ --This text refers to an alternate kindle_edition edition.

An abridged edition of Alexandre Dumas's flamboyant tale of action and adventure in seventeenth-century France. --This text refers to an alternate kindle_edition edition.
Read more

4.5 out of 5 stars
4.5 out of 5
1,581 global ratings
How are ratings calculated?
To calculate the overall star rating and percentage breakdown by star, we don’t use a simple average. Instead, our system considers things like how recent a review is and if the reviewer bought the item on Amazon. It also analyses reviews to verify trustworthiness.

Karpy
3.0 out of 5 stars One of the Classics
Reviewed in Australia on 14 December 2017
Verified Purchase
Those that enjoy reading the classics will enjoy this. The famous story of D'artagnan and the three Musketeers provides an insight into the culture of the times while at the same time entertaining the reader.

For those not familiar with the writing style of the period, you may find the prose long-winded and a mite unwieldy. However once you are used to the style the storyline carries you along.

Enjoyable, without being a 'page-turner'.

barbara gorman
4.0 out of 5 stars Love, honour and drinking
Reviewed in Australia on 13 May 2021
Verified Purchase
Not bad, if you like heroism doused with slapstick. A bit too much flowery yapping for my taste, but a good yarn for sure.
Read more
Helpful
Report abuse

Bob Paalep
5.0 out of 5 stars Great novel
Reviewed in Australia on 18 June 2021
Verified Purchase
Once again reading the novel brought back memories of my childhood. A great story. Makes you wonder if the plot is true.
Read more
Helpful
Report abuse

Justin
5.0 out of 5 stars Magnificent
Reviewed in Australia on 26 November 2020
Verified Purchase
If you wish to be acquainted with a time and style long since past, by all means treat yourself to this book. You simply won’t regret it!
Read more
Helpful
Report abuse
See all reviews

Michelle
2.0 out of 5 stars 2 stars!
Reviewed in the United Kingdom on 13 December 2019
Verified Purchase
This book is a journey, literally. Not only did it take me around Europe, it's also gave me the highs, lows, exhaustion and jubilation that only a journey can produce.

I'm glad I've read this, it's taken me almost two months as while some parts were interesting and readable, other parts were an uphill struggle.

Talking of struggles, I do find translations of classics pretty hard going. While the actual dialogue came across quite campy and amusing, the narrative was dense and dry.

Would i read the rest of this series? No, I've had my fill of Musketeers, reading this one was an achievement and I'm happy to leave things there.

Two stars, I feel the only thing that will prove memorable for me with this book is the pain and length of time of reading it.
Read more
4 people found this helpful
Report abuse

Helen
5.0 out of 5 stars Wonderful and famous swashbuckler, one of the best. Unputdownable.
Reviewed in the United Kingdom on 13 April 2015
Verified Purchase
What can one say that hasn't been said about this superb story! One of the best swashbucklers ever, one of my top 10 favourite books (I rate this writer's Count of Monte Cristo as 2nd best book ever....), and always worth rereads. For sure everyone will have their favourite of the four heroes, and perhaps most go for young hotheaded d'Artagnan just come up from Gascony and desperate to become a musketeer, and his confused passions for dangerous Milady and his landlord's wife Constance, but I always adored Aramis, the second youngest of the four. Handsome, elegant, much loved by women, continually talking of wanting to become a priest yet a doughty, cool-headed and fine fighter, and by far the most mysterious and has influential friends and is the lover of the Queen's confidante, the Duchesse de Chevreuse, which leads to some of the adventures in the book whilst giving only hints of the important mover and shaker he'll become in the later books. Or you may be passionate about mysteriously morose Athos, the oldest of the four, who never seems to show any interest in women and has a "past" he won't talk about. Or perhaps Porthos is your favourite - bombastic, vain, and huge, a great lovable bear of a man based apparently on the writer's own father.
Read more
7 people found this helpful
Report abuse

B. Knott
5.0 out of 5 stars start of the full musketeer tale
Reviewed in the United Kingdom on 9 September 2013
Verified Purchase
This is the opening book in a 6 volume work detailing the lives of the musketeers from initial meeting to their deaths. The insight into the court of Louis 14th is masterful and the story is a fine mix of action and narrative with a good dash of humour thrown in, especially from the larger than life Porthos character! A true classic of its kind, well worth reading.
Read more
2 people found this helpful
Report abuse

5.0 out of 5 stars Ist Class
Reviewed in the United Kingdom on 18 July 2018
Verified Purchase
Arrived 5 Days Early Exellant Condition It Actually Looks Like I Was the First Person to Open It.
many thanks I'll Treasure It.

I Hoey
5.0 out of 5 stars It is the new translation.
Reviewed in the United Kingdom on 31 March 2015
Verified Purchase
Just received my copy and I can confirm that it's the Peaver translation. Book looks and feels good and the Tom Gauld cover is a real treat. The Count of Montecristo is possibly my favourite book, so can't wait to get stuck in to the Three Musketeers.
Read more
4 people found this helpful
Report abuse
See all reviews
Back to top
Get to Know Us
Make Money with Us
Let Us Help You
And don't forget:
© 1996-2021, Amazon.com, Inc. or its affiliates