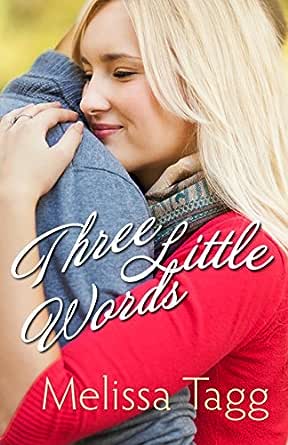 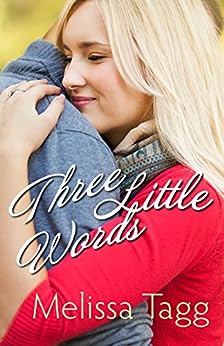 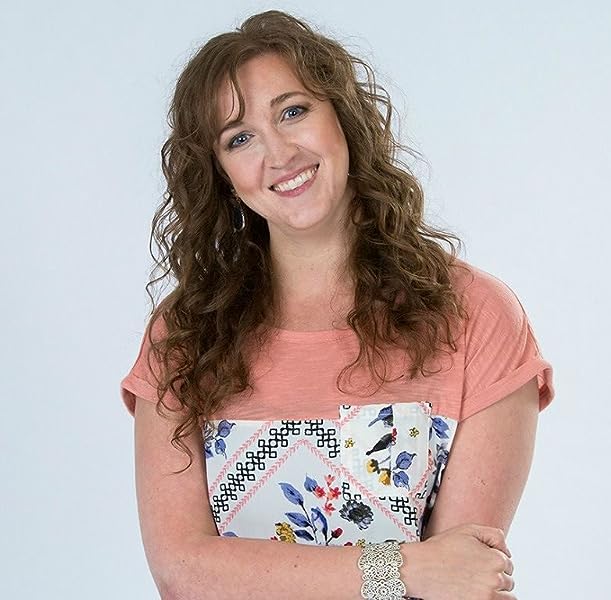 Ava Kingsley and Seth Walker might be the most unlikely friends ever. The only thing these two polar opposites have in common is a knack for wordsmithing. Back in college, they were known for their written sparring in the campus newspaper's popular "He Says/She Says" column.

At their ten-year college reunion, they pick up right where they left off. Except this time their squabbling leads to a surprising turn: friendship and a year-long exchange of emails. So when Ava approaches a crossroads in her athletics department career in Minnesota, Seth is quick to offer the open apartment above the restaurant he's been remodeling in Maple Valley, Iowa.

Ava doesn't know where her career will lead her next, but she's starting to suspect she might see Seth as more than a pen pal. Which would be exciting...except for the fact that he only sees her as a friend.

As Maple Valley grows on her, Ava wonders if there might be something here for her even though Seth is unavailable. And maybe, just maybe, after all the words the two of them have exchanged over the years, they'll finally be able to say the three that matter most.

Three Little Words is an e-only novella that gives an exciting introduction to Melissa Tagg's new series about the charismatic Walker family and the endearing town of Maple Valley!

Fiction Aficionado
TOP 500 REVIEWER
5.0 out of 5 stars Perfect!
18 May 2015
Format: Kindle EditionVerified Purchase
This novella is perfect. I finished reading it on such a rush of warm fuzzies, I seriously contemplated posting a review consisting of just those four little words. However, since I find those kinds of reviews annoyingly unhelpful, I figured I had better say a little more.

I am not generally a novella reader. As someone who likes to submerge themselves into the world of whatever novel I am reading I usually find a novella leaves something to be desired. There's not that much time to get to know the characters and the backstory, so you don't become as invested in whatever conflict is playing out - indeed, there's not much time for conflict to develop at all, which often results in a lot more telling than showing in order to set up the novella - and disengagement's downward spiral continues from there.

Not so with this novella. We get a peek at where Seth and Ava started from in the opening chapter - seven years after their not-quite-enemies-but-not-quite-friends rivalry from school - then we skip forward one year and 1,473 emails later, during which time a long-distance friendship has developed. The bulk of the novella then follows the development of their relationship when Ava comes to to Maple Valley, Iowa, for the opening of Seth's new restaurant. Both Ava and Seth have reached something of a crossroads in their own lives, and have to work out which goals are worth striving for, and which goals are actually weighing them down.

The characters were well drawn, the action well-paced and unhindered by extensive inner monologues or tedious backstory info dumps. It was refreshing to read a romance where the relationship between the main characters had such a sweet, natural development, but where the circumstances surrounding the characters still created enough tension to keep me invested in the outcome. And the ending... *sigh*. I admit my own stomach did little flip-flops at that, in a totally good way! It was just perfect.

If you're looking for a quick, clean, satisfying romance, then look no further.
Read more
Helpful
Comment Report abuse

Cathy Morgan
TOP 500 REVIEWER
4.0 out of 5 stars enjoyable
17 September 2016
Format: Kindle EditionVerified Purchase
This is considerably shorter than I would normally read, but the plot was pleasantly well-developed for its length, and not too straightforward. A very enjoyable story, well worth reading. Good, clean, well-written Christian romance.
Read more
Helpful
Comment Report abuse

Kindle Customer
TOP 1000 REVIEWER
5.0 out of 5 stars Simple
26 July 2018
Format: Kindle EditionVerified Purchase
Not sure why, but really liked it. The characters, I think, the place? Whatever, it just was a really enjoyable read for me today. Ace😁
Read more
Helpful
Comment Report abuse

Stephanie McCall
4.0 out of 5 stars A Sweet Small Town Romance With Hints of Pride and Prejudice
29 October 2017 - Published on Amazon.com
Format: Kindle EditionVerified Purchase
A.J. Kingsley wants nothing more than to coach college football. The only problem is, A.J. is a woman. A.J. stands for Ava Jane Kingsley, and not many men in her hometown of Whisper Shore, MI, her current home in Minnesota, or anywhere, are interested in hiring her to coach. Ava needs a mental and emotional break, especially from men. But she'll find it in Maple Valley, Iowa, with Seth Walker--the one man who always drove her crazy...and captured her heart.

With Three Little Words, Melissa Tagg pulls off a genius move, uniting her Whisper Shore and Maple Valley casts. Seth and Ava are not only sweet together, but perfect. They challenge each other on deep levels, a rarity in a novella. They banter and argue back and forth, but lend each other support and empathy when needed. Against the well-loved backdrop of Maple Valley, their relationship pops and sizzles all the more.

Both Ava and Seth have strong emotional and spiritual arcs, although Christianity is never "in your face" during Three Little Words. In particular, Ava's decisions about what to hold onto and what to let go are relatable on many levels. Meanwhile, Seth gets to settle down and grow his dream after a bit of a helter-skelter life.

As always, Melissa Tagg's secondary characters, such as the Walker family, and her small town locations, lend her writing a unique flavor. However, in Three Little Words, I thought there were some significant gaps. I understand this was a novella, but I wanted and needed to know more. I wanted to see Seth delve more into his feelings about his parents' relationships and make a conscious decision to choose different reactions than they did. I wanted to see Ava work through her old identity as Ryan Hunziker's girlfriend and resident of Whisper Shore, and mesh that with her new identity as Ava of Maple Valley--or not. I wanted to see some of Ava and Seth's He Said, She Said column; I bet that would've been a treat.

Despite these gaps, Three Little Words is a quick, pleasurable read. As mentioned, the unification of Melissa's two casts might be my favorite part of it--I hope she does that again. Read Three Little Words, especially in conjunction with Melissa's full length novels.
Read more
2 people found this helpful

Ana
5.0 out of 5 stars Short and sweet
2 January 2020 - Published on Amazon.com
Format: Kindle EditionVerified Purchase
Three Little Words by Melissa Tagg is the a novella that starts the Walker Family series. Here we have Ava Kingsley who meets her college rival Seth Walker during a reunion and ends up being email friends with him for the next year. When Ava meets a stumbling block in her career, she decides to go to Maple Valley to celebrate her former rival-now friend Seth’s restaurant opening. Seth is happy that his friend Ava is here but he kinda wishes his long-distance girlfriend Maddie made it, too. He’s the kind of guy who follows through now, so it makes sense to stay committed to Maddie even if she remains absent in his life...right?

This was a short and sweet novella that immediately brings you to the quirky town of Maple Valley and into the lives of the Walkers. Great introduction to the series and a intro to the author. The dialogue is snappy, the setting is rich and I would really, really like to eat at The Red Door, too. Awesome characters + the premise of being email friends for a year aaaand how that was used to resolve the conflict is just THE BEST. 💌
Read more

Angie
5.0 out of 5 stars Fresh and Sweet
18 July 2018 - Published on Amazon.com
Format: Kindle EditionVerified Purchase
This was a sweet, fresh, simple romance, which I really appreciated. For starters, I love the fact that Ava and Seth's relationship isn't based off instant attraction. I also love that they didn't go from acrimonious rivalry to deep friendship and affection overnight. The way they reconnected and the blank space between where they built their friendship over email felt real, natural, and entirely not-rushed. It would have been fun to get to see some of those emails, though!

When they finally came together again, it was great to see the understanding and appreciation that supported their continued banter and argument. Their past struggles and hurts played perfectly into their choices and decisions, and I very much sympathized with both of them. Even though it made things difficult, I loved the fact that Seth's reaction to his parents' failed marriages was to be strongly committed in his own relationship, not to shy away from commitment. I loved Seth's substitute family (the parts of it that I saw) and the way that Ava jumped right into the Maple Valley community and made herself at home there.

I was a bit confused at the complexity of Ava's backstory, especially the parts involving her former boyfriend, her sister, and Blake. It seemed like a lot had already happened that belonged in a book of its own, not a prequel novella. Only afterward did I find out that this story actually ties together two other series, and that Blake and Autumn's story does actually have a its own book. Makes a whole lot more sense now, but having that explained somewhere beforehand might have been helpful. ;)

The message of the story--knowing which dreams to hold onto and which to let go--is one that you don't see that often, and it was really refreshing, even though I liked the non-conformity of Ava's original dream. I was actually hoping to see the football angle played up a little bit more, but I liked the message enough to be willing to let it go. :)

I enjoyed the writing style for the most part, although there were a few sentences that I had to reread because I was confused the first time around. There were also a couple of very small story nitpicks that threw me a little. However, none of that seriously marred my enjoyment of the story.

Content--mention of kissing (not descriptive); some slight noticing of physical appearance; mentions of divorce, drug use
Read more
Go to Amazon.com to see all 248 reviews 4.5 out of 5 stars
Get FREE delivery with Amazon Prime
Prime members enjoy FREE Delivery and exclusive access to movies, TV shows, music, Kindle e-books, Twitch Prime, and more.
> Get Started
Back to top
Get to Know Us
Make Money with Us
Let Us Help You
And don't forget:
© 1996-2020, Amazon.com, Inc. or its affiliates