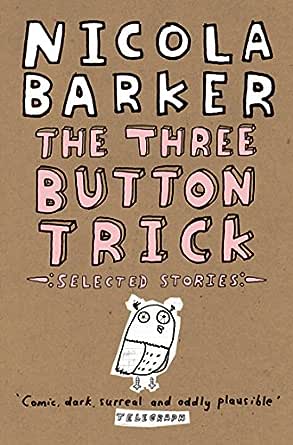 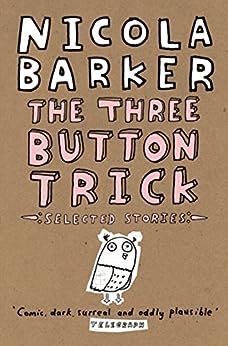 ‘She is an excellent writer – unique, funny, dark, cute, sarcastic and clever. Her language is unfussy, direct, at times colloquial and then, just when it is needed to produce the right emotional counterpoint, elegant and formal. She doesn’t flinch from describing sadism, violence or ugliness, but never does so without warmth or sympathy…What could have been heavy-handed in another writer's hands is transformed into something light, enchanting, moving. Highly recommended.’ Alain de Botton, Literary Review

‘A witty, unique talent. She is a diligent scavenger with a clever eye for something funny, precious or sad. There is a magpie quality to her writing, the half-mawkish obsessiveness of a junk collector on whose stall one might glimpse something familiar, but not forgotten. Barker is at her best when writing sinister fairy tales and revels in the resilient oddness of the English sensibility, its lack of sophistication, its unconventionality, its peculiar cadences and little-noticed sense of the surreal.’ Rachel Cusk, The Times

‘If her prose style wasn’t so devastatingly funny and totally original she might be someone it's fun to hate. As it is, reading her short stories makes you wish you had a best friend just like her…No-one else in England writes like this.’ Tatler

Nicola Barker was born in Ely in 1966 and spent part of her childhood in South Africa. She lives and works in east London. She was the winner of the David Higham Prize for Fiction and joint winner of the Macmillan Silver Pen Award for Love Your Enemies, her first collection of stories (1993). Her first novel Reversed Forecast was published in 1994 and a short novel Small Holdings followed in 1995. A second collection of short stories Heading Inland, for which Nicola received an Arts Council Writers’ Award, and received the 1997 John Llewellyn Rhys/Mail on Sunday Prize. Her story ‘Symbiosis’ was filmed and broadcast on BBC2; another story, ‘Dual Balls’, was commissioned for broadcast on Channel 4 and shortlisted for a BAFTA Award. Her third novel Wide Open was published in 1998, and won the English-speaking world’s biggest literary award for a single work, the IMPAC Prize. In 2000 she published another short novel, Five Miles from Outer Hope. Her fifth novel, Behindlings, was published in 2002 and the following novel, Clear, was longlisted for the Booker Prize in 2004. Darkmans, was shortlisted for the Booker Prize 2007, the 2008 Royal Society of Literature Ondaatje Award and won the Hawthornden Prize for 2008. Most recently, Barker's work THE YIPS has been longlisted for The Man Booker Prize 2012. She was named as one of the 20 Best Young British Novelists by Granta in 2005. Her work has been translated into over a dozen languages.