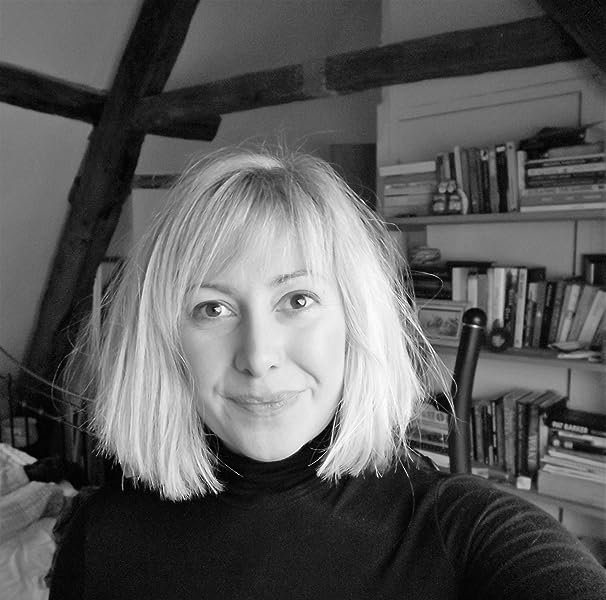 CAROLINE SCOTT is originally from Lancashire. She has a PhD in History, a fascination with the First World War and a house full of khaki-coloured bric-a-brac. In addition to Those Measureless Fields, she is currently working on two non-fiction projects for Pen and Sword - a history of the Women's Land Army during the First World War and a book about the Manchester 'Bantam' Battalion. Caroline lives in France and possesses more trench art than is probably tasteful.

Sandie Dent
5.0 out of 5 stars Poignantly balanced, engagingly told... wonderful.
Reviewed in the United Kingdom on 20 July 2014
Verified Purchase
This is a poignantly balanced story told in two timeframes - one during the First World War in the muddy and bloody trenches and fields of France, and another, 15 years later, following that same path through France - now in the process of repairing and trying somehow to forget - as Effie Shaw searches for the grave of her fiancé.

Effie is a likeable woman - loyal, kind, witty - and naïvely unaware of the truths of those she loved and lost, until she inherits a diary written by the soldier for whom she's acted as housekeeper and friend for 10 years, and instructions of a journey she must take through France as a condition of his will. What follows is an engaging, intriguing story as Effie sets out on the route instructed by Laurence in a series of `letters from the grave', to find the real truth of his - and her fiancé's - war.

I say `poignantly balanced' because of the skilled and utterly compelling way in which the author contrasts war-entrenched France with its later bruised, battered, optimistic self in those immediate post-war years. The scenes on the battlefields and in the trenches are heart-breaking. Clearly the author's knowledge of the time-period (the back flap tells us she has a PhD in history with a special interest in WW1) comes to the fore in creating these bloody scenes as incredibly believable moments. But there's no dry history here - it is her skill as a novelist and observant human being that takes us inside the heads of those men to show their fears, desires, the way in which the smallest pleasure comes to mean so much, and the total desperation of those who know their odds of dying as they climb over the edge of the trench far outweigh their chances of survival.

This would be a relentlessly dark read if not for the other people with whom Effie mingles - the ladies at the tearoom back home, the folk she meets along her journey, Henry, the wounded soldier who encourages her to be more daring, to dance, to drink champagne and, of course, Reginald... the affable dog with a penchant for sugared mice and brandy cream. Their stories balance the bleak landscape of war-ridden France and curiously act both as respite from those darker scenes and also as poignant contrast, ensuring the full horror of that war, those thousands of wasted lives, remains with the reader long after the final page has been turned.
Read more
2 people found this helpful
Report abuse

Wendy
5.0 out of 5 stars Not to be missed!
Reviewed in France on 31 August 2015
Verified Purchase
This is a beautiful story about people who seem so real you feel you know them. The historical settings are well researched, the plot twists and turns in unexepected ways and leaves you wanting more at the end. For lovers of a good story, well told.
Read more
Report abuse

Reader Christensen
5.0 out of 5 stars Sad to see this book out of print
Reviewed in the United States on 25 July 2020
Verified Purchase
I loved this book so much, and I don't know why I didn't write a review for it when I read it. I was talking with my mom today about HIstorical Fiction, particularly set in or around wars and I thought of this book and how she really must read it. I have a copy that I'll send her, but she was hoping to get one of her own. This book.... It is so beautiful! Haunting, but not depressing. Sad in a beautiful, hopeful sort of way. Just a gorgeous piece of writing and masterful story telling. I need to be reading more of Ms. Scott's work. In fact I'll order one today. I hadn't realized she had more works to read. I'm so excited. What a wonderful author!
Read more
Report abuse

Bessie
5.0 out of 5 stars Tragic but brilliant.
Reviewed in the United States on 20 November 2015
Verified Purchase
Tragic, funny, brilliant. Wonderful characterisation. Effie is the most marvellous heroine. I have reread this book. I do not often do that. It is bittersweet, but the ending felt right. It should definitely be made into a movie. I love this book. Don't get me wrong it is horrendously sad, but the ending provides hope.
Read more
2 people found this helpful
Report abuse
See all reviews
Back to top
Get to Know Us
Make Money with Us
Let Us Help You
And don't forget:
© 1996-2021, Amazon.com, Inc. or its affiliates