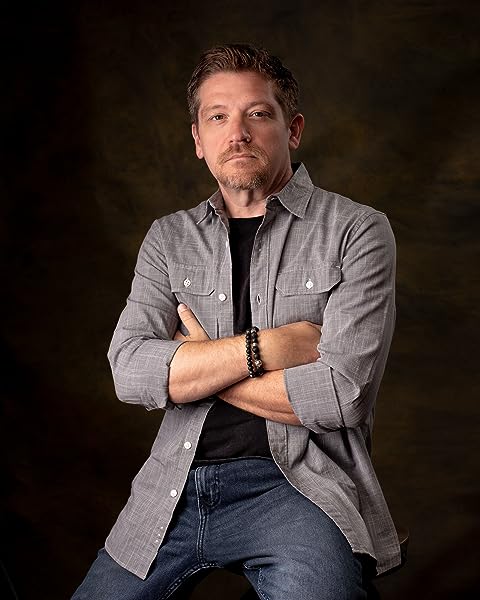 by J. Todd Scott (Author)
4.6 out of 5 stars 151 ratings
See all formats and editions
Sorry, there was a problem loading this page. Try again.

"Mr. Scott, as it happens, has been a federal agent with the Drug Enforcement Administration for more than 20 years, which surely contributes to the authenticity of this convincing saga... In This Side of Night, [Scott] demonstrates the Texas-size writing talents to which his protagonist aspires."--The Wall Street Journal Scott's 20-year career as a DEA agent infuses his work with realism, and his writing chops will make readers wonder why he waited so long to launch his literary career....Better yet, his descriptions of dry, stark Big Bend country are so vivid and poetic they approach the beauty of James Lee Burke's passages about Louisiana bayou country. The result is a fine novel that is suspenseful, action-packed, literary, and thought-provoking.--Associated Press

"The author exploits his decades of experience as a federal agent to create a powerful, realistic picture of crime along the southern border. Thriller fans will enjoy this absorbing and disturbing book."--Kirkus Reviews "The stellar third volume in Scott's epic Texas border series (after 2018's High White Sun) draws its inspiration from a real-life tragedy...Scott, a veteran federal agent, writes with authority and gravitas about complex border issues. Fans of Don Winslow and Cormac McCarthy won't want to miss this one."--Publishers Weekly "Scott writes beautifully, dreaming up intriguing action scenes, which those who are focused only on thrills will wish kept going and going. But patient readers will recognize and appreciate Scott's end game: showing us a world where thieves, murderers, and sadists are everyday folk."--Booklist

J. Todd Scott has been a federal agent with the DEA for more than twenty years, working cases investigating international maritime smuggling and domestic meth labs, and led a multiagency strike force dedicated to attacking Mexican cartel smuggling routes. He has a law degree from George Mason University and is a father of three. A Kentucky native, he now resides in the southwest, which provided the backdrop for his novels of the Big Bend.
Start reading This Side of Night on your Kindle in under a minute.

J. Todd Scott was born in rural Kentucky and attended college and law school in Virginia, where he set aside an early ambition to write to pursue a career as a federal agent. His assignments have taken him all over the U.S and the world, but a badge and gun never replaced his passion for books and writing.

When he’s not hunting down very bad men, he’s hard at work on his next book.

He is represented by CK Webber of Fuse Literary Agency. Follow him at JTODDSCOTT.COM.

Carla Delacourt
5.0 out of 5 stars excellent read
Reviewed in the United Kingdom on 13 December 2020
Verified Purchase
Part of a trilogy and have them all now
Read more
Report abuse

Rennie Coleman
5.0 out of 5 stars Brilliant & solid
Reviewed in the United States on 1 August 2019
Verified Purchase
For someone who started publishing later in life, his writing takes on the truth & grit of actual events, as if you were sitting there when all took place.; the ease with which he segues from American to Mexican, blurs the unfolding of language/history & those with family on both sides of the border. A true portrayal of life around border towns, of good & evil, & the grey areas that for some, are a daily occurence. Superb dialog. Plot is complicated, but in no way was fabricated to fit. Nowhere. A really damn good police procedural, thriller, & literary piece of work, up to the standards of Michael Connelly. Can't tell you how many things you will learn along the way, that impart added the value of a clear view/insight into human nature. Damn good book!
Read more
2 people found this helpful
Report abuse

Robert M. Baird
5.0 out of 5 stars A fine follow up by a talented writer
Reviewed in the United States on 29 December 2019
Verified Purchase
This is a sequel with the survivors intact but damaged. The writer who has a long law enforcement background has agreat sense of place. He describes the life of a betrayed cartel boss and the massacre of the students in Mexico with plausibility and knows the Big Bend rural counties of Texas. There is violence here but emotional depth and compassion for the two young refugees from the mass shooting. A great read: you will care for these characters. Start with the first, as always
Read more
2 people found this helpful
Report abuse

johnhigg64
4.0 out of 5 stars Fans of Don Winslow will enjoy this one
Reviewed in the United States on 21 August 2019
Verified Purchase
J Todd Scott has mastered drawing stories around characters that you can truly care about. If you are looking for a story full of larger than life super cops doing large than life heroic things this book is not for you. If you are looking for relatable people doing heroic things for the right reasons, not to mention a crackling good read, this is most definitely for you.
Read more
3 people found this helpful
Report abuse

Kindle Customer
2.0 out of 5 stars Lackluster finnish
Reviewed in the United States on 28 July 2019
Verified Purchase
Of this frontier series.
The first two books are magnificent. This one feels contrived.the story.quite.uninteresting and the pace a plodder.
Loks.like this book was the fulfillment of.some.contractual obligation.
A pity