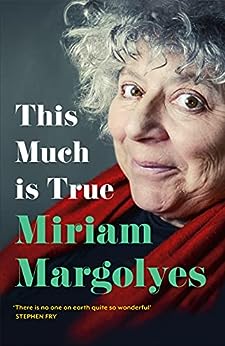 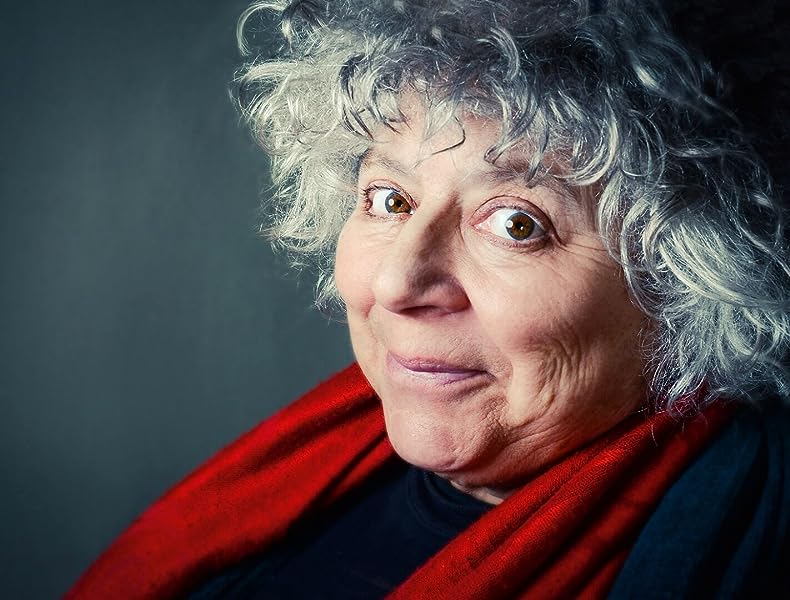 This Much is True: 'There's never been a memoir so packed with eye-popping, hilarious and candid stories' DAILY MAIL Kindle Edition

by Miriam Margolyes (Author) Format: Kindle Edition
#1 Best Seller in LGBTQ+ Biographies & Memoirs
See all formats and editions
Sorry, there was a problem loading this page. Try again.
Read more Read less
Previous page
Next page
Due to its large file size, this book may take longer to download

Rikki grinberg
5.0 out of 5 stars Laugh out loud
Reviewed in Australia on 5 October 2021
Verified Purchase
The naughty Miriam is as funny on the page as the big screen. Enjoyed her chatty style, cringe worthy sexual habits and stories of ‘hob-mobbing’ with royalty. All good clean fun really.
Read more
Helpful
Report abuse

skylark
5.0 out of 5 stars absolutely wonderful
Reviewed in Australia on 23 September 2021
Verified Purchase
Highly readable and engrossing memoir. What a character! It makes me want to see everything she has appeared in. Thank you Miriam xx
Read more
Helpful
Report abuse

Angela Yorks
5.0 out of 5 stars Unapologetically Miriam!
Reviewed in the United Kingdom on 22 September 2021
Verified Purchase
As the headline reads, this is unapologetically Miriam!
Her appearances on The Graham Norton show have brought her to many but what a stunningly varied adventure her life has been up to this point. We would have been cheated of so much had she not written this book!
Such a career (and, thankfully, ongoing); radio, tv, film and theatre.
This wonderful lady charts the highs and the lows (plenty of the latter ha ha, read it, you will see what I mean!) but throughout she is frank, honest and, more importantly, completely genuine.
What you see is what you get with this force of nature and this is pure, unadulterated Miriam - her story will shock, delight, amuse and sadden in parts but I have sailed through it with gusto and if you are anything like I am, it will make you love her that little bit more!
Thank you dear lady, it's been a joy!
Read more
18 people found this helpful
Report abuse

Kindle Customer
5.0 out of 5 stars So Joyful
Reviewed in the United Kingdom on 20 September 2021
Verified Purchase
Laughed out loud all the time. A national treasure. Boris move over. Let this magnificent woman tell us our truth.
Read more
16 people found this helpful
Report abuse

Maridadi
5.0 out of 5 stars Good fun read
Reviewed in the United Kingdom on 21 September 2021
Verified Purchase
This is not for the prudish....it's an honest bawdy
autobiography that will tell it as it is.
Miriam at her luscious best
Highly recommended.
Read more
13 people found this helpful
Report abuse

Frequent Traveller
3.0 out of 5 stars I think this lady needs discretion and possibly help, not publicity
Reviewed in the United Kingdom on 12 October 2021
Verified Purchase
First, yes, the book does include many 'eye-popping' revelations, some of which might be called hilarious. And it includes revelations about famous people. Miriam can be very generous about those of them who are dead; some of the living, less so. She says she always tells the truth (her view of it, certainly), but I often found myself asking what it was she had done that provoked such odd reactions or positive spite from some of her fellow thesps.

Overall, though, I was transfixed with horror for this woman: she has no filter, no filter at all. Either on her behaviour (more later), or what she says about it (everything) and who she tells (everyone). Discretion is a word she may recognise from a script, but as a philosophy for life, it's a closed book.

She says, and I believe her, that she has always been desperate to be liked, but she can't see that there will be many people, possibly previously firm fans, who find the details of her behaviour given here – and her need to share them – repellent. I draw a distinction here between her lifestyle and life choices, which I certainly do not question, and her behaviour.

A recurrent behavioural theme is her willingness/need to 'oblige' (her word) random strange men (yes, really) she comes across, and to offer to do so at other, public and embarrassing, times... and then tell everyone all about it. We are talking about now, the present day.

I can see how when she was young, and still had shockable parents and the world in general was more prudish, getting a reputation for being sexually desirable because of this same willingness might have seemed a laugh, fun, whatever. (Possibly even a career booster – I hope not.) But for an 80-year-old married woman in a very long-standing relationship, it appears irresponsible, hurtful, reckless... just plain crazy.

I pressed on to the end of the book, but it was a struggle.
Read more
3 people found this helpful
Report abuse
See all reviews
Back to top
Get to Know Us
Make Money with Us
Let Us Help You
And don't forget:
© 1996-2021, Amazon.com, Inc. or its affiliates