This Is How You Lose Her and over 1.5 million other books are available for Amazon Kindle . Learn more
Share <Embed> 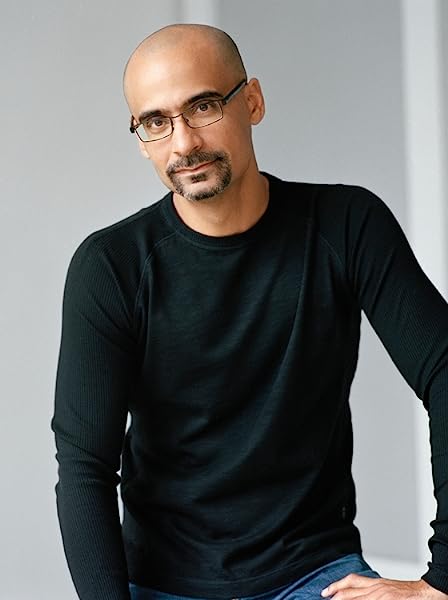 Page 1 of 1 Start overPage 1 of 1
Previous page
Next page
Start reading This Is How You Lose Her on your Kindle in under a minute.

Junot Diaz is the author of Drown and The Brief Wondrous Life of Oscar Wao, which won the National Book Critics Circle Award and the Pulitzer Prize in 2007. He is the recipient of a PEN/Malamud Award and the Dayton Literary Peace Prize. Born in Santo Domingo, Diaz is a professor at MIT.

4.2 out of 5 stars
4.2 out of 5
1,234 global ratings
How are ratings calculated?
To calculate the overall star rating and percentage breakdown by star, we don’t use a simple average. Instead, our system considers things like how recent a review is and if the reviewer bought the item on Amazon. It also analyses reviews to verify trustworthiness.

Cormac
4.0 out of 5 stars An unsympathetic look at guys cheating
Reviewed in the United Kingdom on 18 June 2017
Verified Purchase
An interesting perspective from a serial cheater/man whore. The book is told in a non-chronological manner, and across generations from a few perspectives. This asynchronous method helps to explain the behaviour of the protagonist, as he serially mistreats the woman in his life, but importantly, I don't think it ever made you forgive or pity him, which was really interesting to read. I think too often stories (both book and film) about middle aged men cheating, portray it as something that just happens, as if there is a genetic switch that will eventually click, and whilst it is not nice we just need to accept this. Junot definitely avoids this, and depicts a more environmental explanation, that is not completely deterministic, which creates a less than lovable protagonist.

And all of the above aside, a good read about the experience of a South to North American immigrant.
Read more
6 people found this helpful
Report abuse

J. Ang
4.0 out of 5 stars Goodbye Girl
Reviewed in the United Kingdom on 20 November 2015
Verified Purchase
Nine sharp tales that tease out the title of this collection. Diaz brings back Yunior, the narrator of his Pulitzer-winning novel "The Brief Wondrous Life of Oscar Wao", in these stories. In each of them, set mostly in New Jersey, as did the novel, Diaz draws attention to the working class Latino society, where first- and second- generation immigrants from the Dominican Republic navigate the unwieldy waters of courtship, sex, marriage and every other kind of man-woman relationships in-between.

Most of the tales have the men as focalisers and/or narrators, and Yunior and his older Brother Rafa appear in a number of them. Yunior is something of a would-be-stud, modelling himself after the boxer-slash-stud Rafa, who is not above bundling his girlfriends down to the basement bedroom he shares with Yunior for a night of passion, while their Mami is presumably oblivious to the shenanigans in her house. Yunior himself flits from girl to girl but it is with some tenderness that he documents the loss of a relationship (often due to his own promiscuity), and his attempts to salvage or get over it, especially in "The Sun, The Moon, The Stars" and "The Cheater's Guide to Love", the latter featuring him as an adult.

It is however the story of the boys as new immigrants in the States, "Invierno", that moves me. Diaz lays bare the bewilderment of the children at their new environment and the silent determination of their mother, Mami, who wants to believe that the life her husband and the children's Papi has given them, is and will be better, despite being trapped in their apartment as the wintry days wear on. By the end of that story, she has unravelled somewhat and a part of her is lost. This understanding casts a different light (retrospectively) on the story just before this, "The Pura Principle", in which the boys are grown and their Papi no longer around. Even when Mami was coping with another family tragedy, Yunior says: "My mom wasn't the effusive type anyway, had one of those event-horizon personalities - s*** just fell into her and you never really knew how she felt about it. She just seemed to take it, never gave anything off, not light, not heat". It's no wonder, when one considers the younger and more hopeful woman that she once was in the later story, is now much hardened.

With Diaz's (by now) trademark wit and lively language (an intoxicating blend of 'Spanglish' and colloquial lingo), this deceptively slim collection packs quite a punch with its unconventional take on relationships.
Read more
2 people found this helpful
Report abuse

sarah
4.0 out of 5 stars Heartbreak Comes in Multiple Forms
Reviewed in the United Kingdom on 16 March 2016
Verified Purchase
From the title, it's clear that each of the short stories will end in heartbreak. Even though readers are aware of this from the start, the deterioration of each relationship will hit you. Themes that are common throughout Diaz's work reappear in these stories: machismo/masculinity, latinidad, the grittiness of North Jersey, (im)migration, blackness as it exists (or is resisted) in Dominican culture, misogyny, lust, complicated love, loss, etc. The stories aren't told in a linear fashion (since when has Diaz ever used linear plots anyway?). All are told from Yunior's perspective with the exception of "Otravida, Otravez." That story follows Dominican immigrant Yamin's life as a laundrywoman in a hospital and her complex relationship with her married lover. The language is a melange of Dominican Spanish and Black English (far less Sci-Fi speak than The Brief Wondrous Life of Oscar Wao). All of the stories are heavy, but the text is far from dense. I enjoyed the first and last stories the most, "The Sun, the Moon, the Stars" and "The Cheater's Guide to Love". It's quite befitting that the bookends are the most nuanced pieces.
Read more
Report abuse

TheBookshelf
3.0 out of 5 stars Great voice, a little bit wasted
Reviewed in the United Kingdom on 11 June 2014
Verified Purchase
The narrative voice here is incredible - electric, engaging, fun, sad... Unfortunately I didn't much get on with the content. This is essentially a collection of short stories on a theme (infidelity and crumbling relationships), and it feels a bit too repetitive and bitty to get fully involved with many of the characters. Am very tempted to read his other books though...
Read more
Report abuse

Nick Hann
5.0 out of 5 stars Moving writing
Reviewed in the United Kingdom on 27 April 2018
Verified Purchase
Good book, arrived on time
Read more
Report abuse
See all reviews
Back to top
Get to Know Us
Make Money with Us
Let Us Help You
And don't forget:
© 1996-2021, Amazon.com, Inc. or its affiliates