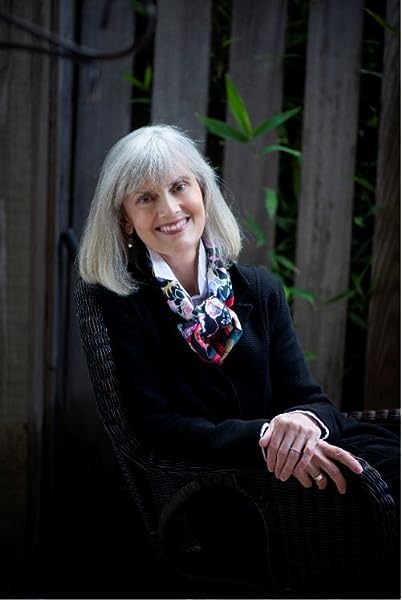 by Jacqueline Winspear (Author), Orlagh Cassidy (Reader)
4.7 out of 5 stars 1,168 ratings
See all formats and editions
Sorry, there was a problem loading this page. Try again.

Page 1 of 1 Start overPage 1 of 1
Previous page
Next page
Start reading In this Grave Hour (Maisie Dobbs Book 13) on your Kindle in under a minute.

Sunday September 3rd, 1939. At the moment Prime Minister Neville Chamberlain broadcasts to the nation Britain's declaration of war with Germany, a senior Secret Service agent breaks into Maisie Dobbs's flat to await her return. Dr. Francesca Thomas has an urgent assignment for Maisie: to find the killer of a man who escaped occupied Belgium as a boy some twenty-three years earlier during the Great War.

Within days, in a London shadowed by barrage balloons, bomb shelters, and the threat of invasion, another former Belgian refugee is found murdered. And as Maisie delves deeper into the killings of the dispossessed from the "last war," a new kind of refugee--an evacuee from London--appears in Maisie's life. The little girl billeted at Maisie's home in Kent does not, or cannot, speak, and the authorities do not know whom the child belongs to or who might have put her on the "Operation Pied Piper" evacuee train. They know only that her name is Anna.

As Maisie's search for the killer escalates, the country braces for what is to come. Britain is approaching its gravest hour--and Maisie could be nearing a crossroads of her own.

Jacqueline Winspear is the author of the New York Times bestselling Maisie Dobbs series, which includes In This Grave Hour, Journey to Munich, A Dangerous Place, Leaving Everything Most Loved, Elegy for Eddie, and eight other novels. Her standalone novel, The Care and Management of Lies, was also a New York Times bestseller and a Dayton Literary Peace Prize finalist. Originally from the United Kingdom, she now lives in California.

4.7 out of 5 stars
4.7 out of 5
1,168 global ratings
How are ratings calculated?
To calculate the overall star rating and percentage breakdown by star, we don’t use a simple average. Instead, our system considers things like how recent a review is and if the reviewer bought the item on Amazon. It also analyses reviews to verify trustworthiness.

Lyn L
5.0 out of 5 stars Maisie Dobbs Series is one of the best.
Reviewed in Australia on 21 March 2019
Verified Purchase
This is a series that I read and then reread. In This Grave Hour is another great story. Its the changes in Maisies personal life and career that bring life to the Jacqueline Winspear, Maisie Dobbs series.
Read more
Helpful
Report abuse

Amazon Customer
5.0 out of 5 stars Virtual investigator
Reviewed in Australia on 14 November 2020
Verified Purchase
Reading this series has given me a full appreciation of what it was like to live thru the build up to the WW1 to WW2 and what it is to be a PI. But mostly the pure enjoyment of reading stories woven like the fabric of life .
Read more
Helpful
Report abuse

Sara E
4.0 out of 5 stars Another good one in the Masie Dobbs series
Reviewed in the United Kingdom on 30 July 2018
Verified Purchase
I do enjoy the Maisie Dobbs series by Jacqueline Winspear - and this was another good one in this series. As I read it as part of my mini summer alphabet reading challenge, I have missed some of the prequels to this book. For the mystery part, this did not matter as the story works as a stand-alone within the series. However, in terms of events in Maisie's life, some things had happened in previous books that I was unaware of until they were mentioned in this one. This did not spoil the story for me, it just means that when I go back to earlier instalments in this series, I will be aware of what is going to happen.

However, back to the book itself. It was a good story with well-written characters and a plot that moves at a steady pace. It could be classed as a cosy mystery although it is quite dark in places. All-in-all, a good book that is worth reading.
Read more
2 people found this helpful
Report abuse

daveboyksa
3.0 out of 5 stars All too predictable.
Reviewed in the United Kingdom on 14 December 2019
Verified Purchase
Although the books are well written, literate and have intriguing storylines, I am beginning to tire of the constant self-reflection. Considering one's actions and responses for the likely beneficial or otherwise effects is clearly important in everyone's life; Maisie Dobbs seems to reflect and self-reflection every other chapter... surely she has more confidence in and clearer notions of her work and how to proceed. She's been in her line of work for two decades. It's becoming all too predictable and same old, same old. Three stars for the quality of the writing.
Read more
One person found this helpful
Report abuse

A. W. Wilson
5.0 out of 5 stars Up to standard new "Maisie Dobbs" Hardback
Reviewed in the United Kingdom on 27 April 2017
Verified Purchase
I suppose this review is a bit biased as I am an unashamed huge fan of "Masie Dobbs". Most readers will be aware of the plethora of novels featuring feisty heroines, with plots set just after WW1 and said heroines have lost a brother/lover in the war and set up as Private detecitves...and I love em all, but "Maisie" is without doubt my favourite, and this, the 11th novel does not let me down. Lots of characters from earlier plots appear, but this can still be enjoyed as a stand alone story. Good plotting, interesting characters and a chunk of sentiment add up to another succesful "Maisie" novel. Like Donna Leon-more please!
Read more
One person found this helpful
Report abuse

Lee Wykes
5.0 out of 5 stars Welcome home Maisie
Reviewed in the United Kingdom on 25 September 2017
Verified Purchase
The latest installment of this brilliant series sees Maisie back in business with Billy and Sandra as her assistants. The case concerns refugees and is pertinent to the present state of the world. Maisie is hired by an old acquentance to find a murderer. This sets Maisie on a trail that leads to Belgium and a convoluted tail of revenge. In th meantime, Maisie and her family are dealing with an evacuee who appears seemingly out of nowhere. All in all a brilliant book, the series is back on home territory after Gibralter and Germany and to my mind all the better for it, already looking forward to the next book in March 2018.
Read more
One person found this helpful
Report abuse

Searchfamilies
5.0 out of 5 stars Another Maisie Dobbs book
Reviewed in the United Kingdom on 10 November 2017
Verified Purchase
I Read this on the kindle

This is the 13th book in the Maisie Dobbs series

Loved the 2nd storyline that was about Anna a little girl who doesn't speak & no one who the little evacuee is or where she came from
Read more
One person found this helpful
Report abuse
See all reviews
Back to top
Get to Know Us
Make Money with Us
Let Us Help You
And don't forget:
© 1996-2021, Amazon.com, Inc. or its affiliates