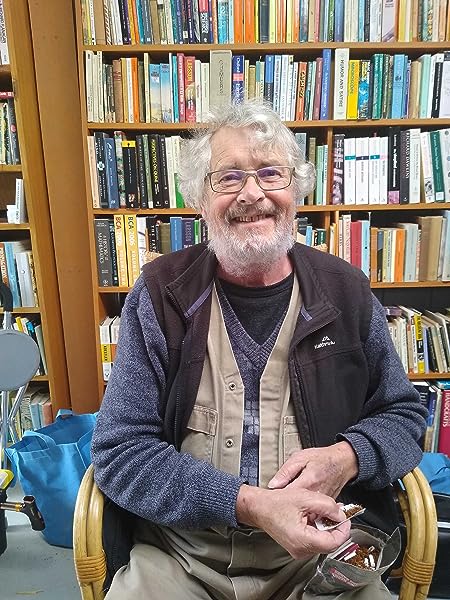 by Jonathan P Sturm (Author)
See all formats and editions
Sorry, there was a problem loading this page. Try again.

Jonathan Sturm's "... blog is unusual in that, although chockablock with his opinions, it's not overwhelmingly about him. Instead, his focus is on ideas. And what a range of interests he has - from Tasmania's electoral system to food, from software to building a house of steel." So said ABC Radio's Richard Aedy in 2002. So when Jonathan finally fulfilled his promise of finishing his second book on gardening, you might expect it to be a little different to most gardening books. And you'd not be wrong...

This Gardening Life contains the accurate, concise and useful information you need to grow vegetables organically, and above all successfully. But this is a Sturm's eye view of not just gardening, but living the Good Life.

Jonathan is a Stoic with wide-ranging interests and a mind that sees connections specialists tend to miss. For example, growing plants affects the environment in ways we don't usually pay attention to. So Jonathan includes climatic effects of fertiliser use.

Like his previous and very successful book, Complete Organic Gardening (1992), This Gardening Life includes useful illustrations and a host of tabular data usually only found by consulting multiple sources.

Warning: This book contains graphic and explicit descriptions of traditional horticultural practises, including seed-sowing, harvesting, cultivation of the soil and weed control.

Read more
Previous page
Next page
Start reading This Gardening Life on your Kindle in under a minute.

Jonathan was born at a remarkably young age in Nuneaton, Warwickshire, England on 9 April, 1951 and again in 1970 when he arrived in Tasmania. After finishing high school at Sunbury, Victoria, he briefly attended Latrobe University in 1969. However, the academic life did not appeal. For several years he made his living as an artist painting mainly landscapes and drawings of Tasmania’s old buildings.

In 1982 he and his wife-to-be purchased a small farm in the Huon Valley of southern Tasmania, and they began Tasmania’s first organic market garden. In the early 1990s Jonathan wrote a best-seller called Complete Organic Gardening (ISBN 978-0949089182). He was also one of the early bloggers in The Daynotes Gang with Jerry Pournelle, Robert Thompson, Bo Leuf and several other computer nerds.