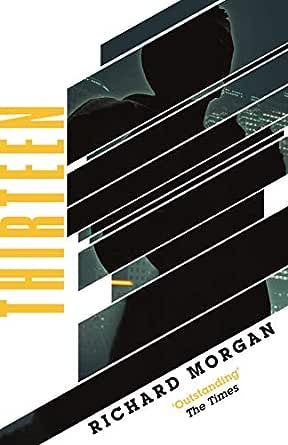 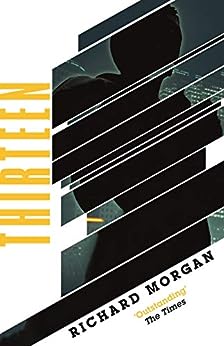 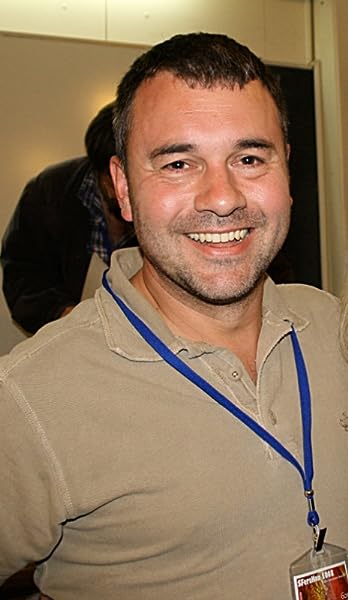 Since his ferocious debut novel Altered Carbon roared into town, Richard Morgan has been at the forefront of this breed of full-on, edgy science fiction, and his latest tech-noir thriller is also looking dangerously like his best yet. Smart, gripping, and downright indispensable¿ the search for the best sci-fi thriller of 2007 might just have come to an end¿ (SFX)

¿Richard Morgan writes pumped-up steroid fuelled cyber punk. This is an unashamedly male, rip-roaring boy¿s own thriller for the 21st century. If Andy McNab ate a year¿s worth of issues of New Scientist, this is the kind of stuff he might write afterwards. Black Man is kick-ass SF from the hard end of the spectrum.¿ (DEATHRAY)

BLACK MAN is exciting and extremely violent but is driven by passionate moral concerns. (Lisa Tuttle THE TIMES)

Richard Morgan has produced a stunning book with this girtty tech-noir thriller. Exciting and thought-provoking, this is destined to be a science fiction classic. (ABERDEEN EVENING EXPRESS)

There are some aspects of BLACK MAN which are strikingly effective. As always, he writes action well. (Anthony Brown STARBURST)

"He certainly knows how to write a cracking yarn. It grabs hold of you and won't let go." (Dave Golder BBC Focus)

This is his best since Altered Carbon. (EDGE)

The sensational new thriller from the international bestselling star of SF combines a savage man-hunt with speculation on the dangers of genetic engineering.
See all Product description

Lester Gesteland
5.0 out of 5 stars A Riveting Sci-Fi Action Thriller
8 June 2018 - Published on Amazon.com
Verified Purchase
Yet another winner by Richard K. Morgan. The prose is tight and sparing; not a word wasted.

The world he has created is fully realized. You'll be sucked into it for the duration, your daily worries and boredom forgotten.

As with many of his protagonists, Morgan's Carl Masalis is an extremely sympathetic, three-dimensional character, someone you'll root for as he navigates a harsh, dystopic future peppered with corrupt politicians, profit-hungry corporations, gritty cops, street thugs, Bible-thumpers, and genetically engineered prostitutes and super soldiers.

This novel screams out for a sequel.
Read more
6 people found this helpful

Allen King
5.0 out of 5 stars Fully Human and More
8 December 2014 - Published on Amazon.com
Verified Purchase
Science fiction books about bio-engineered super humans are nothing new, but seldom do we see this factor coupled with the psychology and thought processes of such supermen in such an eloquent way. Morgan really does this well in Thirteen. The bio-engineered soldiers, hunted and exiled to colonies and work camps by fearful "normals", grieve, suffer, love, hate and otherwise have the fully range of emotional senses we all have. Yet, because of the remarkable success humanity had in creating these super-soldiers, they must be exiled or imprisoned. This is the story of a Variant 13 and how he lives. Like he does with his Kovacs character in Altered Carbon and its sequels, Morgan demonstrates again his superior ability to not only tell an interesting tale, but also his mastery of revealing the human side of his characters and creating empathy with his readers.

One of his best. Don't miss it.
Read more
14 people found this helpful

Lance Horsman
5.0 out of 5 stars Some of Richard Morgans best!
7 December 2018 - Published on Amazon.com
Format: Kindle EditionVerified Purchase
This was a fantastic read. As a fan of the Takeshi Kovacs trilogy, it was interesting to see Richard change up and go for a character that was more mortal - and change the science theme from human replacement to human gene tampering. It was a step back in time from the Kovacs novels and at times, I felt he belaboured one or two of the points, that seemed to be made, over and over again...however that said, at times, this was some of his best writing, bar none!

Classic science fiction - golden age, science fiction, the Heinlin's, the Vonnegut's - they wrote stories that had meaning. they delivered great stories, interesting characters and served up valid and thought provoking social commentary. Great sci fi - Jules Verne upwards, has always posed the question - "What if?", and entertained us at the same time. Well done to Richard Morgan, because that is exactly what he has done!
Read more
3 people found this helpful

Jin Choung
2.0 out of 5 stars long... tedious... exasperating
14 September 2019 - Published on Amazon.com
Verified Purchase
so i listened to this on audiobook so that may have colored my take but i reallly did not like this book.

the takeshi kovacs books were pretty good (also listened on audiobooks) with it peaking with the second book (woken furies?). the first one was a bit grating because of how blatant the "active verbs" were.... EVERYTHING was doing SOMETHING.... and it almost felt like a student work or something. but morgan's world building was cool and the books were loaded with tons of neat concepts.

the plot is okay but extremely convoluted and thereis some nice dovetailing that happens with the themes at the end... but holy crap it felt like morgan took a GIGANTIC LEAP BACKWARDS when it came to characters in general and DIALOG in particular. the conversations in this book just made me want to rip my hair out by the roots and strangle silent every speaker.... it is all just LENGTHY, DOMESTIC, PETTY, TEDIOUS... **BICKERING**.... i know you're supposed to amp up conflict but holy crap, let's try to keep things interesting and not at the level of arguing about who takes out the trash. and there's just so much of it! things like petty jealousies might be realistic but holy crap do i not want to see it in a sci fi neo-noir book for heaven's sake.

and while the noir posturing of the kovacs books were serviceable, here it feels kind of forced. the protagonist just mostly seemed like an irredeemable dick. i really didn't like or care about anybody.

i think there is some kind of attempt at social commentary too but i really didn't care about anything enough for such things to register in a coherent way.
Read more

Sasha the book eater
4.0 out of 5 stars Another cinematic dystopic tale from this futuristic noir author
18 March 2019 - Published on Amazon.com
Verified Purchase
Another fun read by Morgan. Set entirely on Earth this time, but the Mars Colony definitely figures into the culture and backstories of the characters. I really enjoyed the settings in this book, which include San Francisco, New York, Istanbul and South America. As always, the dialogue is really expressive, not pro forma, and the unreal futuristic elements are somehow made to feel quite real. Like all books by this talented author, one stumbling block for female readers may be the male-fantasy sex scenes. Even badass action characters, if female, must be perfect-looking. You lose count of the long legs and big boobs. If you can overlook this, it’s a hell of a story.
Read more
One person found this helpful
Go to Amazon.com to see all 202 reviews 4.1 out of 5 stars
Get FREE delivery with Amazon Prime
Prime members enjoy FREE Delivery and exclusive access to movies, TV shows, music, Kindle e-books, Twitch Prime, and more.
> Get Started
Back to top
Get to Know Us
Make Money with Us
Let Us Help You
And don't forget:
© 1996-2020, Amazon.com, Inc. or its affiliates