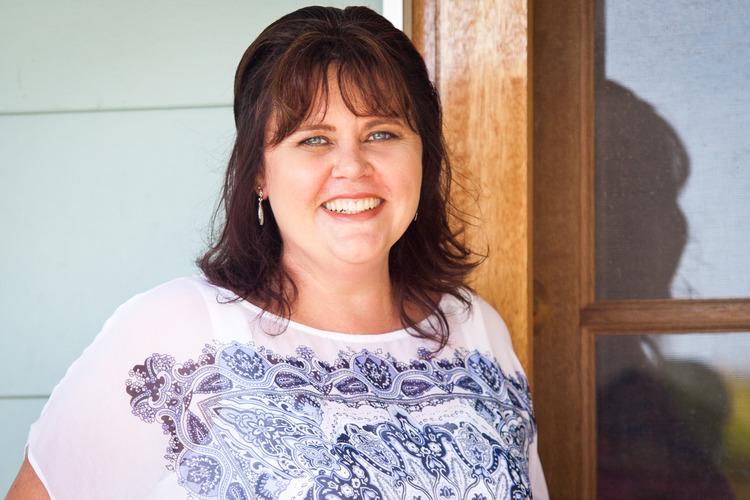 by Karly Lane (Author)
4.7 out of 5 stars 47 ratings
See all formats and editions
Sorry, there was a problem loading this page. Try again.
Previous page
Next page

Page 1 of 1 Start overPage 1 of 1
Previous page
Next page
Start reading Third Time Lucky on your Kindle in under a minute.

Karly Lane lives on the beautiful Mid North Coast of NSW in Australia. A certified small town girl, she is most happy in a little town where everyone knows who your grandparents were. She writes women’s fiction – everything from romantic suspense to family sagas and life in rural Australia.

Norma Amazon Customer
5.0 out of 5 stars Highly recommend this Karly Lane novel.
Reviewed in Australia on 12 February 2018
Verified Purchase
I thoroughly enjoyed this book, depicting a small town and it's residents, its gossips, its troublemakers, accusations,and lies, with a delightful love story woven throughout, from young prohibited love, to adult deceit and revenge, then back to what was meant to be. Well written Karly.
Read more
Helpful
Report abuse

Rachel
4.0 out of 5 stars Loved it!
Reviewed in Australia on 5 October 2019
Verified Purchase
I love to escape in a Karly Lane book and I really enjoyed this one . Great characters and storyline
Read more
Helpful
Report abuse

Jo-Ann
5.0 out of 5 stars Another great story by Karly
Reviewed in Australia on 29 November 2016
Verified Purchase
At first I struggled with the main characters name but the more I read the more it so suited her character.
Read more
One person found this helpful
Helpful
Report abuse

Amazon Customer
5.0 out of 5 stars Loved it!
Reviewed in Australia on 26 November 2016
Verified Purchase
As always couldn't put this book down! Engaged me from the very first word until the last .... thank you xo
Read more
One person found this helpful
Helpful
Report abuse

Marcia@Book Muster Down Under
5.0 out of 5 stars Rural Fiction that Tackles Real Issues
Reviewed in Australia on 9 December 2016
December Doyle returned home to Christmas Creek two years ago to try and pick up the pieces of a life that turned out to be a lie. Unable to move on, she hasn’t really been living but merely surviving, after giving up her little Melbourne café to work two jobs and live in the granny flat on her parents’ property while she pays off the huge debt that her husband left hanging over her head.

The only daughter to be born within three generations of the Doyle family, Em has always loved Christmas Creek and living there again has started her thinking of ways to revive the little regional town that is barely just surviving.

When Seth Hunter left Christmas Creek more than a decade before, he swore he’d never return to the town that refused to accept him because of his misfortune at being born into the wrong family but, after a newspaper article piqued his interest, the pull suddenly became too strong for him to ignore.

Now a successful businessman, he’s come a long way from the boy who lived on the wrong side of the tracks and, whilst small towns have long memories, he’s also never forgotten the only girl who ever made him feel like he could be someone more than a no-hoper.

“When everyone thinks you’re nothing, you start to believe it” – Seth

It's when Seth finds out that the town committee have vetoed December’s ideas to boost tourism that he approaches her with an offer too good to refuse.

For December, accepting the offer is the easy part. It’s realising that the man he has become is very different to the teenage boy she once knew and that, even while the magnetism that played havoc with her heart all those years before is still present, there is far more to Seth’s return than he is letting on.

Well, you’re going to need to push aside the laundry and the housekeeping for a few hours this weekend!

Because that’s exactly what I did last weekend when Queensland found itself in the midst of a disgusting heatwave that had us all rushing for either the pool or the air-conditioning. Of course, I chose the air-con and, with great gusto, settled in to read this latest by Karly Lane. I’m a sucker for a “bad-boy”, “second-chance” romance and I immediately knew that I’d made the right choice when Karly’s characters’ emotions started making my stomach do fluttery flip-flops.

Karly is extremely adept at bringing the heartache and conflict of a realistic situation to the fore, allowing the reader to empathise with her characters and I found myself warming to Seth (don’t you just love that name?) and December very quickly. They are strong, independent and thoroughly likable and I couldn’t help but fall for Seth with his battered heart and tortured soul.

Whilst December loves the town, Seth is the opposite because it brings back so many painful memories and it is the contempt from the townsfolk along with his feelings of inadequacy that drive the hate, bitterness and anger he feels towards those that shattered the dreams of a boy who only ever wanted to belong.

On the opposite end of the scale, the chemistry between these two sizzles right from the start and, as memories of their youth intrude seamlessly into the narrative, pulling us into their world of teenage emotion and angst, there is a warmth and intensity that offers the reader a glimpse at the torch they once carried for each other.

Karly not only gives us rural romance but her stories always tackle real issues that plague small Australian towns and this one is no exception as she highlights the fact that big business is slowly choking off their sources of revenue, thus making us completely aware of how, without important injections of capital, their landscape and livelihoods is rapidly changing.

Did I mention that Granny Doyle is an absolute hoot!!

With her vivid characterisation, magical sense of place, heartfelt emotion and a dash of hope where hope has been lost, Rural Fiction's Favourite Daughter gives us a moving story about family, betrayal, love and the power that the past can hold over our lives. You will laugh, you will cry but most of all, you won’t want to put this heart-warming Aussie Christmas tale down until you are satisfied that things are going to work out.
Read more
One person found this helpful
Helpful
Report abuse

natalie s
3.0 out of 5 stars It is perhaps best if we consider that this is a rural romance ...
Reviewed in Australia on 6 October 2017
Karly Lane’s book, Third Time Lucky is a lovely adaptation of a Christmas novella. It’s a story that translates well to the longer format but it’s also one that is difficult to write about without revealing some crucial plot points. It is perhaps best if we consider that this is a rural romance that poses and solves a number of questions, including: is it possible to forgive the past? Can you learn to love after you’ve been duped by your partner and left a widower? Can young lovers that were once torn apart rekindle their relationship? Do you choose revenge or forgiveness after being slighted?
This novel stars December Doyle, a strong and relatable character who lives in a small and mountainous town in country NSW called Christmas Creek. Doyle is a kind character that only sees the best in people. She’s also the only female to be born into her family for some time. As a result of this, she is often protected by her well-meaning but stubborn father and brothers.
Doyle finds herself newly single. Her childhood sweetheart, a former bad boy-turned-successful businessman named Seth Hunter returns to town just as she is beginning to pick up the pieces and rebuild her life. What ensues is a period where the main and supporting characters meet again and reassess their past relationships, rights and wrongs.
Third Time Lucky sees Karly Lane penning another intriguing romance novel. Lane is a country girl and it is obvious in her authentic prose and descriptions that are quite detailed and multi-faceted. Third Time Lucky is an easy and breezy read that will make you want to kick off your heels, relax into a couch and enjoy a simple but satisfying romance tale.
Read more
Helpful
Report abuse
See all reviews

Susan Cox
5.0 out of 5 stars Love it
Reviewed in the United States on 20 February 2017
Verified Purchase
This book was a very good read the story line was great and the ending was fantastic a true love story.
Read more
Report abuse

heather
4.0 out of 5 stars Four Stars
Reviewed in the United States on 4 January 2017
Verified Purchase
Enjoyed this book I read all her books
Read more
Report abuse

Amazon Customer
5.0 out of 5 stars Five Stars
Reviewed in the United States on 25 January 2017
Verified Purchase
Very enjoyable,
Read more
Report abuse
See all reviews
Back to top
Get to Know Us
Make Money with Us
Let Us Help You
And don't forget:
© 1996-2022, Amazon.com, Inc. or its affiliates