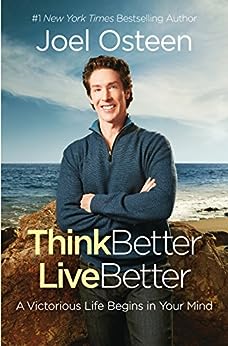 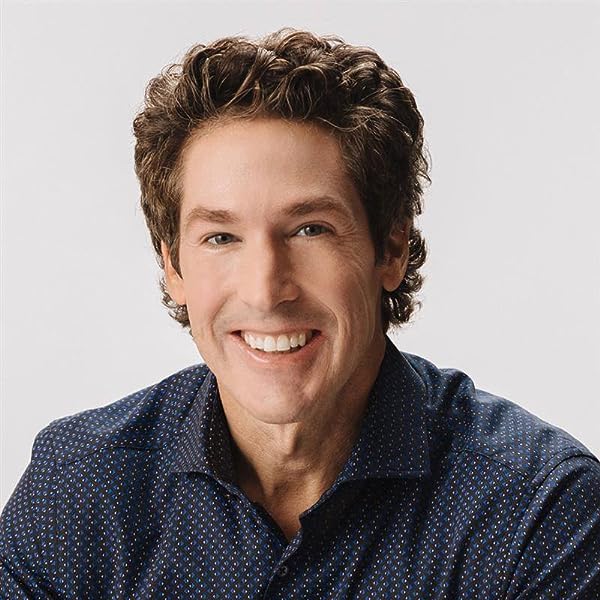 Bestselling author Joel Osteen shares how reprogramming your thoughts to remove negativity will lead to a more blessed, fulfilled life. --This text refers to the paperback edition.

JOEL OSTEEN is the author of seven New York Times bestsellers. He is the senior pastor of America's largest congregation, Lakewood Church in Houston, Texas. More than 45,000 people attend services there every week. His televised messages are seen by more than 10 million viewers each week in the United States, and millions more in 100 nations around the world. His 24-hour channel on SiriusXM Satellite Radio and millions of social media followers have prompted numerous publications to name him as one of the most influential Christian leaders in the world. He resides in Houston with his wife, Victoria, and their children. You can visit his website at www.joelosteen.com. --This text refers to the paperback edition.

Joel Osteen is the senior pastor of Lakewood Church in Houston, Texas. More than ten million viewers watch his weekly televised services each week in the United States, and millions more in 100 nations around the world. He can also be heard twenty-four hours a day on Joel Osteen Radio SiriusXM channel 128. He is the author of eleven national bestselling books and has been named by numerous publications as one of the most influential Christian leaders in the world. He resides in Houston with his wife, Victoria. You can visit his website at http: //www.joelosteen.com --This text refers to the audioCD edition.
Read more

4.6 out of 5 stars
4.6 out of 5
1,143 global ratings
How are ratings calculated?
To calculate the overall star rating and percentage breakdown by star, we don’t use a simple average. Instead, our system considers things like how recent a review is and if the reviewer bought the item on Amazon. It also analyses reviews to verify trustworthiness.

Nes
3.0 out of 5 stars Good book.
Reviewed in the United Kingdom on 27 October 2016
Verified Purchase
I will give 3 starts because I have his previous books and they are quite similar. But If you have never heard of him before, you have found something special here!. He is an American pastor from Houston. His late father was the founder of Lakewood Church. You can log in to their website and listen to his sermons. Joel Osteen's teachings are very uplifting, very motivation and very loving. They don't do doom and gloom. Their mission is, for you to better yourself and fulfil your true potential in life through Jesus. Having said that he talks and gives his examples from the Old Testament most of the time. But there is no doubt you will benefit from this book. I recommend it.
Read more
8 people found this helpful
Report abuse

Therese
5.0 out of 5 stars Wonderful book
Reviewed in the United Kingdom on 14 April 2019
Verified Purchase
I was going through very difficult times when I found this book. It helped more than I could express. I was discouraged, doubting myself and feeling guilty for how my life turned up to be not what I wanted it to be. But I was reminded that God is the planner, the creator of All and I am His masterpiece.
Read more
2 people found this helpful
Report abuse

ABRAHAM
4.0 out of 5 stars Very powerful book and great message in it , Understanding Faith in life and how to make it work in life.
Reviewed in the United Kingdom on 8 March 2019
Verified Purchase
The book is how to overcome problems in life.
How Faith works and what to do with Faith.
I like the message in it and God will you bless if you read this book .
Read more
2 people found this helpful
Report abuse

New Season
5.0 out of 5 stars Encouraging
Reviewed in the United Kingdom on 17 July 2018
Verified Purchase
Really like Joel Osteen, straight forward and encouraging. Yes I would recommend this book.
Read more
Report abuse
See all reviews
Back to top
Get to Know Us
Make Money with Us
Let Us Help You
And don't forget:
© 1996-2021, Amazon.com, Inc. or its affiliates