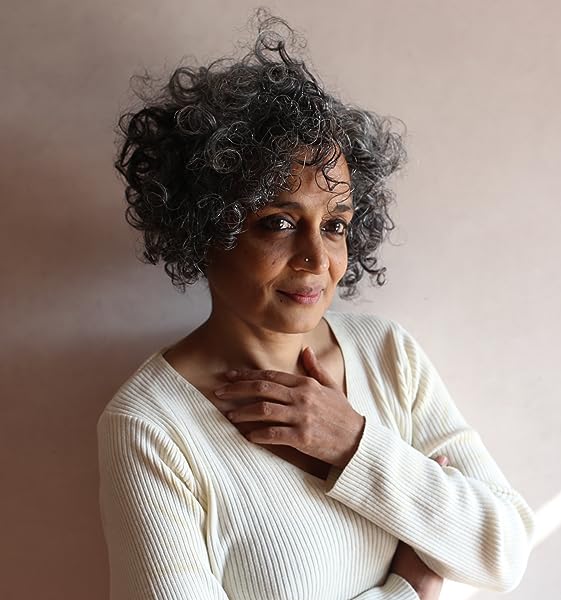 Things That Can And Cannot Be Said Paperback – 17 October 2016

by John Cusack (Author), Arundhati Roy (Author)
4.2 out of 5 stars 169 ratings
See all formats and editions
Sorry, there was a problem loading this page. Try again.

A political critique of everything ... the book will make you sit up and question things ― Financial Express

[Roy is] an electrifying political essayist. . . . So fluent is her prose, so keen her understanding of global politics, and so resonant her objections to nuclear weapons, assaults against the environment, and the endless suffering of the poor that her essays are as uplifting as they are galvanizing ― Booklist

The fierceness with which Arundhati Roy loves humanity moves my heart ― Alice Walker, Pulitzer Prize-winning author of THE COLOR PURPLE

In these provocative and penetrating discussions, Roy and Cusack discuss the nature of the state, empire and surveillance in an era of perpetual war; the meaning of flags and patriotism; the role of foundations and NGOs in limiting dissent; and the ways in which capital but not people can freely cross borders.

John Cusack (Author)
John Cusack is an American actor, producer and screenwriter. He has starred in many films, including Say Anything, Grosse Pointe Blank, Midnight in the Garden of Good and Evil, Being John Malkovich, and High Fidelity. He is an outspoken political commentator whose writings have appeared in the Huffington Post.

Arundhati Roy (Author)
Arundhati Roy is the author of the Booker Prize-winning novel The God of Small Things. Her political writings include The Algebra of Infinite Justice, Listening to Grasshoppers, Broken Republic and Capitalism- A Ghost Story. She lives in New Delhi.

Read more
Start reading Things That Can and Cannot Be Said on your Kindle in under a minute.

4.2 out of 5 stars
4.2 out of 5
169 global ratings
How are ratings calculated?
To calculate the overall star rating and percentage breakdown by star, we don’t use a simple average. Instead, our system considers things like how recent a review is and if the reviewer bought the item on Amazon. It also analyses reviews to verify trustworthiness.

John Mark
3.0 out of 5 stars Best thing about it is the title
Reviewed in the United Kingdom on 10 June 2019
Verified Purchase
Sadly it doesn't live up to the promise although still a few worthwhile snippets.
Read more
Report abuse

RustyB
3.0 out of 5 stars Okay, but ...
Reviewed in the United Kingdom on 27 September 2017
Verified Purchase
Interesting, but not revelational ... Worth a read, but not an absolute must
Read more
One person found this helpful
Report abuse

W. Gadsby
3.0 out of 5 stars Three Stars
Reviewed in the United Kingdom on 21 June 2017
Verified Purchase
Good stuff.
Read more
Report abuse
See all reviews
Back to top
Get to Know Us
Make Money with Us
Let Us Help You
And don't forget:
© 1996-2021, Amazon.com, Inc. or its affiliates