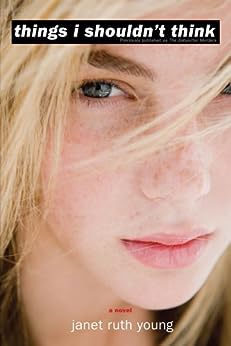 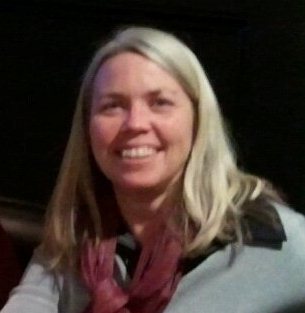 by Janet Ruth Young (Author) Format: Kindle Edition
See all formats and editions
Sorry, there was a problem loading this page. Try again.
Everyone has disturbing thoughts sometimes. But for seventeen-year-old Dani Solomon, strange thoughts have taken over her life. She loves Alex, the little boy she babysits, more than anything. Then one day she envisions harming him. The images are so gruesome, she can’t get them out of her mind. In fact, Dani’s worried that she might actually kill Alex. So she confesses her thoughts to keep him safe—and consequently sets off a media frenzy that makes “Dani Death” the target of an extremist vigilante group. Through the help of a daring psychiatrist, Dani begins to heal her broken mind. But will it be too late? The people of her community want justice…and Dani’s learning that some thoughts are better left unsaid.

Janet Ruth Young writes convincingly about mental illness. Dani’s disorder is based on a real form of OCD and her treatment incorporates actual psychiatric methods, making The Babysitter Murders an authentic read that teens won’t be able to put down.
Read more
Previous page
Next page

"Teens who feel misunderstood will relate to Dani's struggles to maintain her reputation in a society that tends to view them with suspicion."--Kirkus Reviews "[A] provocative exploration of a community's response to the mere possibility of a horrific crime. A realistic and disturbing look at our cultural response to mental illness."--Publisher's Weekly, starred review --This text refers to an alternate kindle_edition edition.

Janet Ruth Young is the author of the teen novels My Beautiful Failure, Things I Shouldn't Think (previously published as The Babysitter Murders), and The Opposite of Music. She lives in Gloucester, Massachusetts. Visit her at JanetRuthYoung.com. --This text refers to an alternate kindle_edition edition.

Janet Ruth Young, who lives in Gloucester, Massachusetts, graduated from Salem State College and from the creative writing program at Boston University. She was a co-editor of the literary magazine stet and a founder of Writers' Circle, the writing workshop at the Cambridge Women's Center. Her travel articles and book and theater reviews have appeared in The Boston Globe and other local publications. She left her job as an editor at a publishing company to pursue a career as a novelist.

The Opposite of Music, published in 2007 by Atheneum Books for Young Readers, a division of Simon & Schuster, garnered enthusiastic reviews from Booklist, School Library Journal, Publishers Weekly, The Denver Post, The Boston Globe, The Bulletin of the Center for Children's Books, and the website TeensReadToo. It won the PEN New England Discovery Award and was a Book Sense Pick, a Borders Original Voices selection, and an American Library Association Best Books for Young Adults nominee.

Janet's second novel, The Babysitter Murders, about a babysitter who has thoughts of harming the child she cares for (Atheneum, 2011), received a starred review in Publishers Weekly.

Janet has given talks and workshops for the Depression and Bipolar Support Alliance, the local chapter of the National Alliance on Mental Illness, the Massachusetts Library Association, the Marblehead Festival of the Arts, the cable TV program The Writer's Block with John Ronan. She would love to hear from readers or to arrange a visit to your book group, school, bookstore, or library.

awagener
5.0 out of 5 stars A brave and important book
Reviewed in the United States on 6 December 2015
Verified Purchase
I am so glad I found this book after hearing Janet Ruth Young talk on the podcast, Living with Obsessive-Compulsive Disorder. The book brings to light a form of OCD in which the person suffers from disturbing, unwanted thoughts. Having experienced this myself, I was grateful, relieved, and empowered by this book.

The book doesn't just inform, though--it is a well-crafted story with a likable protagonist (Dani) and lots of suspense. My heart ached for Dani as I read, and I was moved to tears several times while reading. Young is a wonderful storyteller who uses language smoothly and beautifully, and I enjoyed the multiple points of view as well as the use of texts, blog posts, and media articles that showed the community's reaction--a great portrayal of the way fear and ignorance can spiral out of control.

I recommend this book to people of all ages who are looking for an engaging read about an important mental health issue.

Thank you, Janet Ruth Young, for writing this book!