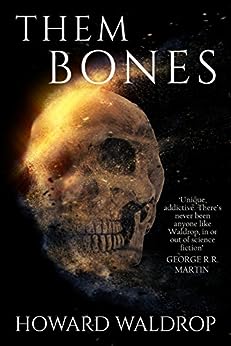 4.1 out of 5 stars
4.1 out of 5
103 global ratings
How are ratings calculated?
To calculate the overall star rating and percentage breakdown by star, we don’t use a simple average. Instead, our system considers things like how recent a review is and if the reviewer bought the item on Amazon. It also analyses reviews to verify trustworthiness.

Stella
4.0 out of 5 stars Philosophical bayou time travel adventure
Reviewed in Australia on 11 July 2020
This novel, divided into three tales, not only explores a time travel attempt to fix and untenable present, but also includes an anthropological survival angle and an archaeological subplot. So I found it fascinating from a number of perspectives. The most fleshed out of the three story threads relays the tale of Madison Yazoo Leake who hails from a “bombed-out time in which everybody would eventually die from radiation, from disease, from chemicals.” As the point man for an expedition, he’s flung alone into the past by an untested time machine. Unfortunately, he's dropped into a different apocalypse, the epidemics following Europeans contact.

Regardless, Leake finds adventure and belonging among the Native American mound builders. The minor details of life in which people “Hunt. Fish. Raise crops… Bury folks, raise kids” are fascinating, and the portrayal of Leake’s friendship with the village pipe-maker is highly affecting.

The remaining threads detail the fate of Leake’s army comrades from the future, through the diary of Adjuvant Smith and through the eyes of Bessie, an early 20th century archaeologist, who races spring floods to excavate a 14th century mound full of anomalous artefacts, like horse bones and bullets.

The author suffuses each tale with a certain pointlessness and poses the question: Can we “…find a world that [i]s alive, not threatened, not falling apart, not on the way to ruin?” Is that world out there?
Read more
Helpful
Report abuse

Beverley
4.0 out of 5 stars A new concept entirely
Reviewed in Australia on 11 February 2019
I started this book wondered where it was going to go but this unique twist soon had me hooked. Truly worth a look!
Read more
Helpful
Report abuse
See all reviews

S. Mitchell
2.0 out of 5 stars A good plot idea spoilt by poor structure and wasted opportunities to thrill the reader.
Reviewed in the United Kingdom on 20 December 2018
Verified Purchase
I found this book rather turgid and almost didn't finish it. The plot lines were confusing and muddled and the descriptive passages poor. Dialogue was basic. It tried (and failed) to emulate a 'Dancing With Wolves' native American bluntness which just annoyed me. And towards the end we had bloodthirsty Aztec sacrifices straight out of Mel Gibson's 'Apocalypto'. I usually love time-travel SF but this left me cold.
Read more
One person found this helpful
Report abuse

Bill TKD
1.0 out of 5 stars Sloppy
Reviewed in the United Kingdom on 5 September 2019
Verified Purchase
Lost faith early on when the time traveller mused that he had taken back a .3 calibre (i.e., 0.3 inch) firearmrather than his usual 7.62 mm (i.e., 0.3 inch).
Read more
Report abuse

Ken
4.0 out of 5 stars A new author to me
Reviewed in the United Kingdom on 11 May 2019
Verified Purchase
An interesting time travel story. I liked the main characters. Will look to see if I can find more by this author.
Read more
Report abuse

C. Campbell
5.0 out of 5 stars Unusual storyline, lots of twists.
Reviewed in the United Kingdom on 31 August 2018
Verified Purchase
What a great story! Unusual to say the least, well written. If there were any typos I didn’t see them! Bring on more stories...
Read more
Report abuse

David Badke
5.0 out of 5 stars Wow!
Reviewed in Canada on 19 December 2018
Verified Purchase
I wasn't expecting much from this book. Just another story of time travel from a wrecked future to try to change the past to prevent the wrecked future. Well, it is that, all right, but it is a whole lot more.

The story is told from viewpoints in three time periods by three very different narraters, one of them an archeologist trying to figure out how advanced technology got into an ancient burial mound. This is not a new idea; I have seen it used in other books. It works particularly well in this story, though, adding a layer of complexity that really enhances the other two viewpoints. Most of the action is shown from the viewpoint of a first-person narrator, one of the time travelers, lost and alone and trying to survive in a dangerous time.

The action and suspense of all three narratives builds slowly at first, but picks up steam rapidly and reaches a truly exciting level before the end of the book. The writing is excellent, clear and lucid. This is a complete story, beginning to satisfying end, well told and compelling. Highly recommended.
Read more
2 people found this helpful
Report abuse
See all reviews
Back to top
Get to Know Us
Make Money with Us
Let Us Help You
And don't forget:
© 1996-2021, Amazon.com, Inc. or its affiliates