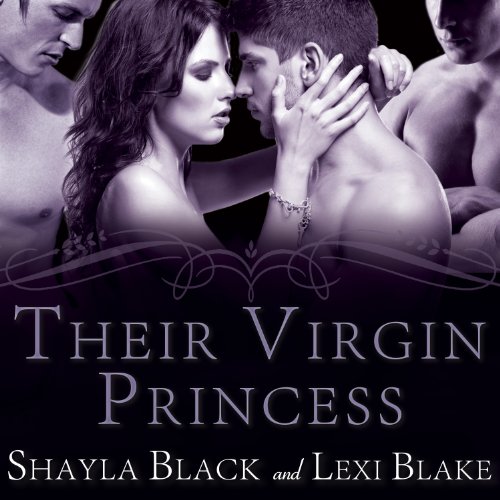 Alea Binte al Mussad, Princess of Bezakistan, was abducted from her university, mentally tortured, and forced to witness the worst of humanity. She was rescued, but not before fear and her shattered soul made her retreat into herself. Two years later, she's living behind the palace's locked gates and the walls she's built surrounding her heart. Alea is comforted by the joyous family around her, but inside she feels so alone - except when she's with the steady trio of guards who relentlessly keep her safe…and tempt her with a passion she isn't sure she'll survive.

Dane Mitchell, Cooper Evans, and Landon Nix wanted Alea from the moment they laid eyes on her. Held back by their duty and her fragility, they worship the princess from afar, determined to claim her if the chance ever comes. When Alea learns that someone may still be hunting her, she plots to escape both danger and her guards' simmering, overwhelming passion. Dane, Cooper, and Landon aren't about to let her go. When they find themselves in paradise and all boundaries are stripped away, the ice begins to melt around Alea's heart. But when reality comes crashing in, will she learn to accept love before a killer strikes again?

Switch between reading the Kindle book & listening to the Audible narration with Whispersync for Voice.
Get the Audible audiobook for the reduced price of $3.49 after you buy the Kindle book.
Learn more about membership
By completing your purchase, you agree to Audible’s Conditions Of Use and Privacy Notice.
Sold and delivered by Audible, an Amazon company