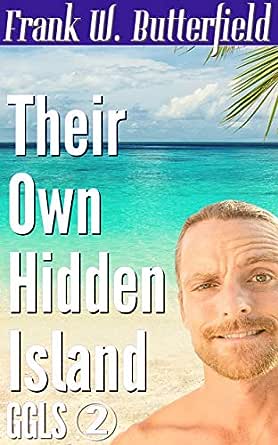 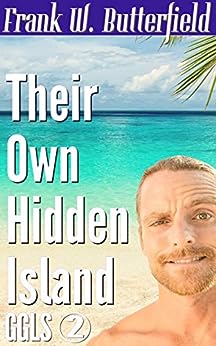 Dr. Robert Jenkins is nervous. He's been asked to meet with the two richest gay men in the world. They're a couple, in their early 80s, and they have a very important task for Bob: head out to the South Pacific and discover why a coral reef is dying.

On the way, Bob meets Mario Ossler who's the skipper of a boat that will take him on the last leg of his long journey to the middle of nowhere. Mario has beautiful green eyes, wildly untameable red hair, and an erratic personality to match his sexy good looks. Bob is leery of working with the big man who, at first, seems to be nothing more than an over-sensitive bully.

Just as they arrive at their dropping-off point, they discover that a typhoon is bearing down on their location. Deciding to ride out the storm in the harbor of an uncharted island, Bob is forced to deal with painful memories from not only his past but from Mario's as well.

Once the storm passes, the island begins to reveal its hidden secrets and turns out to be where real love finally finds a place in Bob's life and in his heart and in a way that is beyond what he ever imagined possible.

Golden Gate Love Stories are all about the lives and loves of men who fall in love with each other and find the one they were waiting for.

Set in the same universe as the Nick Williams Mystery Series, these love stories focus on the men who come together, find true love, and really do live happily ever after.

Julian
5.0 out of 5 stars Marooned on a desert(ed) island...
Reviewed in the United Kingdom on 23 February 2019
Verified Purchase
It's 2003 and Nick and Carter are still going strong (not perhaps the most felicitous word since they are in their 80s). WilliamsJones engages Dr Robert Jenkins to investigate why a coral reef is dying and he is dispatched by ship to the site. He is given a small boat to reach the island (after being dropped from a freighter en route to Australia) and a skipper to pilot the boat. Unfortunately a typhoon brews up before they reach the site and they are forced to shelter on what turns out to be a deserted island. The skipper, Mario, is uncomfortable around Bob - and the enforced stay after the storm damages the engines means that they have to build a more positive relationship while awaiting rescue.

The island poses several mysteries and allows Bob and Mario to develop repect for each other. Bob finds a writing project to occupy his time - and by the end of the book is engaged by Nick to write up his diaries for publication. The transcriber of the first book, The Case of the Unexpected Heiress (sound familiar?), having decided not to continue the task.

This is a spin-off from the Nick Williams Mysteries but loses none of their charm, even without the intriguing historical extras of those books. As with the first book the focus isn't on Nick and Carter, even if their stamp is all over the narrative. The modern trappings (sat-phones!) allow them to be literally off-stage consultants...

Another delightful book from this talented writer!

Ulysses Grant Dietz
5.0 out of 5 stars Bob and Mario set sail in a magical, heart-touching story of love in the middle of nowhere
Reviewed in the United States on 29 May 2019
Verified Purchase
Interesting, I think this book stands on its own better than the following story, “Chasing Eddie,” of which I just posted a glowing review. Why? Because the story is more independent of the Nick and Carter universe, even though they appear in the narrative. The plot of “Their Own Hidden Island” happens in real time – 2003 – when Dr. Robert Jenkins, a highly-reputed hydrologist, is called to the HQ of WilliamsJones in San Francisco, and given an important commission related to a damaged coral reef in the South Pacific.

The trick here is that the important task isn’t entirely what he thinks it is.

We are on warmly familiar ground here, except that Nick and Carter are octogenarians. Otherwise, they are the men we have known and loved since the late 1940s. As always, there are ulterior motives in their largesse, but Dr. Jenkins knows nothing of this until he finds himself trapped in a tiny harbor of a tiny island with Mario Rossler, the big, wild-haired redhead who seems ready to kill him or kiss him depending on the moment. Jenkins is a damaged soul, and doesn’t know what to make of the green-eyed Italian Viking. But Mario, for all his size and strength, is a sad, scared man.

Yeah, the coral reef isn’t really the point. And, for those who know Nick and Carter, the island begins to seem familiar, too. It is a brilliant, pulsing presence in this story, and surprisingly funny. More importantly, the second and third books of the Golden Gate Love Stories series give us critical details about the future (i.e. our present). Bob and Mario are important, even if they don’t know it.

At this point in reading Butterfield’s books, I realized that Nick and Carter could have been my friends. They were in their early fifties when I came out at 20 in 1975 and went to San Francisco with my boyfriend (now my husband of 43 years). We could have known them, and I’m pretty sure they would have loved us as they love all their vast gay family. Ah, but they’re not real. And that really breaks my heart.

Kindle Customer
5.0 out of 5 stars Enjoyable
Reviewed in the United States on 13 August 2017
Verified Purchase
A very enjoyable read. Read it on a rainy day. Not quite up to par with the Nick Williams Mysteries from which this was a spin-off.
Read more
One person found this helpful
Helpful
Report abuse