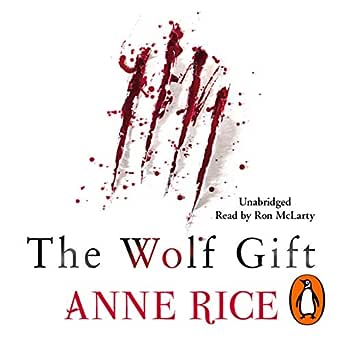 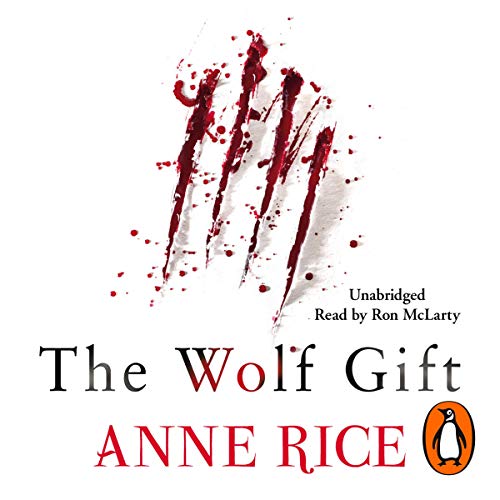 4.2 out of 5 stars
4.2 out of 5
1,661 global ratings
How are ratings calculated?
To calculate the overall star rating and percentage breakdown by star, we don’t use a simple average. Instead, our system considers things like how recent a review is and if the reviewer bought the item on Amazon. It also analyses reviews to verify trustworthiness.

Tamara
5.0 out of 5 stars Welcome back...
Reviewed in Australia on 11 December 2013
Verified Purchase
What a wonderful way to experience Anne Rice again. The rich, emotive and evocative descriptions...Lovely, just lovely.
Looking forward to the next in the series.

Danielle
4.0 out of 5 stars Vampire Chronicles to Wolf Gift Chronicles
Reviewed in Australia on 19 June 2014
Verified Purchase
Great read by Anne Rice. I prefer the Vampire Chronicles but it will be interesting to see how much deeper this story goes as it it is the first of hopefully many.
Read more
Helpful
Comment Report abuse

John M. Ford
TOP 500 REVIEWER
3.0 out of 5 stars The Big Good Wolf
Reviewed in Australia on 21 September 2014
Reuben Golding is a newspaper reporter. Although he is recognized for his writing, his surgeon mother and snippy fiancÃÂ© remind him that he could accomplish more. While visiting the Nideck mansion to write a real estate article, Reuben falls in love with the house, its family history, and its sole occupant, Marchent Nideck. He stays to spend the night with her, but there is a tragic interruption. Marchent is killed by two burglers and Reuben is bitten by the "man-wolf" that charges in to kill the intruders. Instead of killing Reuben, the creature picks up his cell phone and summons an ambulance in a deep, growling voice. Then it disappears into the night.

As readers expect, Reuben soon begins changing into a man-wolf. He gradually learns to use his new strength, speed, and enhanced senses. He begins killing people in the night, but only bad people--murderers, rapists, and others who "smell of evil." And he writes newspaper stories about the man-wolf's attacks. As Reuben reads documents hidden in the Nideck mansion, he discovers connections between the Nideck family and others of his kind. The story becomes more recognizably Anne Rice's as Reuben meets the others and begins to ask questions.

If you have read

The Vampire Lestat  and other books in Rice's vampire series, you will recognize her approach. She starts with much of what we already "know" about werewolves and creates a new race with additional powers and its own culture. While as strong and ferocious as we expect, Rice's man-wolves have great sensitivity to others and a tremendous capacity for doing good. They also have their enemies.

The story moves slowly at first and then ends too quickly once Reuben begins to learn about man-wolves. Rice has clearly begun a new series and we will be reading more about these man-wolves. It will be worth the effort. This book is recommended for Rice fans and for those looking for a new approach to a much-used theme.

E. A. Solinas
TOP 500 REVIEWER
2.0 out of 5 stars Gift of the Chrism
Reviewed in Australia on 12 January 2015
It's been almost ten years since Anne Rice swore off writing about her famous vampires. Now, it's all about the werewolves.

Sadly, I doubt that "The Wolf Gift" is going to be as groundbreaking a novel as "Interview with the Vampire." There's an intriguing, suspenseful story in here, but it's buried in a quagmire of moral pondering, vigilante justice and a tepid love story that is more Anita Blake than Anne Rice. If it had been whittled down to half its size, it might have been worthwhile.

Journalist Reuben Golding arrives at the historic mansion of the beautiful Marchent Nideck, who spends the entire day educating him on the history of the house and her Uncle Felix, who vanished years ago (I wonder what that means). After a night of passion, Marchent is brutally murdered, and Reuben is viciously attacked by a savage beast.

After weeks of recovery, Reuben's body is better than ever. And then he turns into a werewolf... or "Man Wolf," since Rice doesn't seem to like the term "werewolf." This includes not only super-strength and super-senses, but... an ability to sniff out evil. (Really? What does evil smell like?)

When he isn't swooping in to save innocents, Reuben is romancing the elegant and beautiful Laura, who (fortunately for him) has no problem with anonymous furry sex with naked beast-men. But when another werewolf comes to the mansion to kill them both, Reuben discovers that the shapeshifters -- aka the Morphenkinder -- are coming because of his highly-publicized actions.

If you've ever read the Vampire Chronicles, then you pretty much know what you're in for in "The Wolf Gift." Rice simply isn't suited for (or interested in) writing about the wild savage danger that makes werewolf stories so enthralling. The Morphenkinder are basically her vampires with fur and fangs.

But there's an even bigger problem -- almost nothing happens. "The Wolf Gift" has a sliver of plot, bloated up on Reuben playing Werewolf Batman and having endless rambling conversation. Except the werewolf attack, that is literally ALL that happens in the first half of the book. And even when something shocking does happen in the second half (Marrok's attack, Reuben accidentally infecting a teen), nobody really does anything.

Rice is definitely back in form as far as lush, sensual prose and evocative atmosphere are concerned, although her dialogue can be very hackneyed ("And so you will be my wild man of the forest again as we make love"). But she seems to have lost the ability to write tension and urgency, let alone conflict (Reuben's fiancee shrugs off that he cheated on her). Everybody's just okay with whatever Reuben does.

And Reuben's romance with Laura is horrendously shallow, since they fall in "true love" without even speaking to each other, seemingly based on the fact that she likes having sex with furries.

Reuben is a nice enough character, but he's too charmed a protagonist to be really engaging -- he has wealth, dazzling looks, an instant A-list career, and women who are desperate to bed him. It's obvious he won't encounter any actual obstacles or losses. The supporting cast is even flimsier, with the saintly gay kid, Reuben's blandly convenient ex-girlfriend, his neurotic mother, and chauffeur/sex doll Laura.

"The Wolf Gift" has some promising ideas and solid writing, but Anne Rice's werewolf debut left me howling at the moon -- and not in a good way. Give this one a pass.

Nick
1.0 out of 5 stars Big disappointment
Reviewed in the United Kingdom on 14 July 2014
Verified Purchase
I am really disappointed in this book - there is no real story, no character development, no suspense! In fact, there is nothing interesting, new or intriguing to read in this book! Whatever happened to the excellent Anne Rice who wrote "Interview with the vampire" and "The witching hour", books so full of amazing personae and suspensful and enthralling storytelling!?? The writing is bad, the descriptions are bad, the story is bad! Do not waste your time on this!
Read more
4 people found this helpful
Report abuse

Alan Edward Roberts
2.0 out of 5 stars The same tired and tedious format from Anne Rice . . . . yawn!
Reviewed in the United Kingdom on 31 May 2015
Verified Purchase
Really, just vampires in wolves clothing. The usual set of characters although much more shallow and 2 dimensional - extremely wealthy, awash with money to buy lovely houses, furniture, art etc; very refined; artistic; extremely intelligent, all of them gorgeously beautiful. None of them are endearing and I kept wishing that the central character would just go and jump off a very high cliff. A now rather tired and tedious format that here comes across as lazy writing from Anne Rice. In other words, it was a boring read.
Read more
Report abuse

Rebecca Oliver
5.0 out of 5 stars Amazing as always
Reviewed in the United Kingdom on 15 February 2020
Verified Purchase
Chocolate for the eyes, a absolute must read
I haven’t read an Anne Rice in years , having devoured all the vampire novels as a teenager, this book has my interest peaked once again.
Read more
Report abuse

shav
1.0 out of 5 stars bored to tears
Reviewed in the United Kingdom on 21 April 2014
Verified Purchase
I love Anne rice books but this was by far the least thrilling book she has ever written.
The characters are dull and lifeless, I kept reading hoping this was a slow starter, I was wrong.
Seems like Rice is now just milking her name by writing any old drivel and selling it
Hours of my life I will never get back!
Read more
3 people found this helpful
Report abuse
See all reviews
Get FREE delivery with Amazon Prime
Prime members enjoy FREE Delivery and exclusive access to movies, TV shows, music, Kindle e-books, Twitch Prime, and more.
> Get Started
Back to top
Get to Know Us
Make Money with Us
Let Us Help You
And don't forget:
© 1996-2020, Amazon.com, Inc. or its affiliates