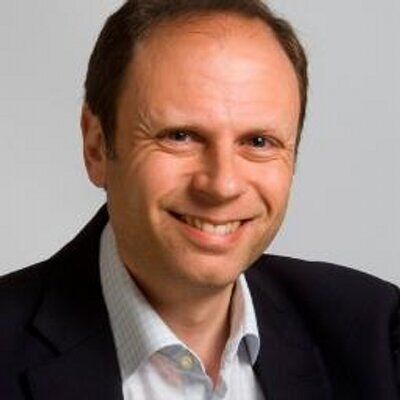 by Jonathan Posner (Author)
4.1 out of 5 stars 61 ratings
See all formats and editions
Sorry, there was a problem loading this page. Try again.

Tudor England in the reign of good Queen Bess - a time when a young unmarried gentleman like Sir William de Beauvais can amuse himself by hunting, drinking and making love with abandon. So much so that his aristocratic mother despairs that he will ever find the ideal wife. But when the young and beautiful Justine Parker mysteriously arrives at their ancestral home, Lady de Beauvais thinks she may have found the perfect answer. However Justine hides a dark and terrible secret, and as true romance starts to blossom with Sir William, Justine's secret endangers not just their growing love, but their lives as well. From romantic candle-lit banquets to desperate life-and-death sword-fights, The Witchfinder's Well is an unforgettable tale of Tudor history made real - and a love that can only be resolved across time itself.
Read more
Previous page
Next page

Page 1 of 1 Start overPage 1 of 1
Previous page
Next page
Start reading The Witchfinder's Well on your Kindle in under a minute.

Jonathan started writing at university with a one-act comedy play called 'Private Eyes', directing and acting in the premiere production. After University, Jonathan wrote book and lyrics for a full-scale musical called 'Spirit of History', which was premiered in Windsor. The plot idea and main characters from this show have since been turned into his first novel 'The Witchfinder’s Well', a time-travel / Tudor-period fantasy romance, which he self-published on Amazon and in print-on-demand in 2015.

Jonathan has also written two other Musical libretti – 'Hot, Mean & Green', which premiered at the Rhoda McGaw Theatre in Woking, and 'A Fine Time for Wine', which also premiered in Windsor.

He has recently had two short stories included in 'Windsor Tales', an anthology featuring stories set in and around the town of Windsor. He is currently writing the sequel to 'The Witchfinder's Well' (working title: 'The Alchemist's Arms'), as well as a series of YA action adventure novels set in Tudor England. The first of these is 'Mary Fox and the Broken Sword', which is planned for publication in 2018.

Jonathan is married with two adult sons and lives in Windsor. When not writing he works in advertising, and is a regular presenter on Marlow FM radio.

4.1 out of 5 stars
4.1 out of 5
61 global ratings
How are ratings calculated?
To calculate the overall star rating and percentage breakdown by star, we don’t use a simple average. Instead, our system considers things like how recent a review is and if the reviewer bought the item on Amazon. It also analyses reviews to verify trustworthiness.

Susan Edwards
5.0 out of 5 stars Withfinder's Well
Reviewed in the United Kingdom on 29 August 2020
Verified Purchase
I really enjoyed this book, I love history and although it is fiction, the historical facts are just right. I read it in one evening and went to get the next book. The Alchemist. I would recommend this book to anyone who likes time slip fiction and also the period in which it is set. Thinking about all the women - and men too who died because they had been accused of Witchcraft is awful, because that is what happened. That is not fiction! But if you want a good read and enjoy history too this is a book for you.
Read more
One person found this helpful
Report abuse

Donna Ashbrook
5.0 out of 5 stars An excellent read, it kept me breathlessly captivated!
Reviewed in the United Kingdom on 20 June 2021
Verified Purchase
This author is new to me so I was pleasantly surprised to find that, in many parts, I couldn’t put it down. I really liked the main characters and felt like I was drawn into their trials and tribulations. The twists and turns were shocking and the narrative ran smoothly, (I didn’t have to refer back to events in order to understand what was happening), which to me, is the mark of a well-written book. Total enjoyment!
Read more
One person found this helpful
Report abuse

Chasqui Penguin
5.0 out of 5 stars Recommended for all whose interests include history with more than a hint of surrealism
Reviewed in the United Kingdom on 10 June 2018
Verified Purchase
“The Witchfinder’s Well” is a novel with historical accuracy and an excellent gripping style, with surprising twists and turns in the tale as the story unfolds. I am particularly keen on the strong elements of surrealism which give the story its unpredictability, thus offering full rein to the reader’s imagination, starting with Justine’s transportation from 2015 into 1560s England. The ensuing events make riveting reading and the descriptions of the witchfinder’s practices really highlight the power he, and doubtless real figures like him, had to whip up crowd enthusiasm, akin to mass hysteria, for the proposed punishment, giving little hope of a fair trial beforehand.

I would recommend this book to anyone with an interest in 16th Century British history, qualifying this by saying it is not based on the lives of royalty but on the aristocracy and the ordinary people of the era. I live in hope of a sequel, to gain further glimpses into the lives of the main characters who have caught my imagination, making me want to learn more about them.
Read more
One person found this helpful
Report abuse

Sami f
5.0 out of 5 stars A must for everyone who loves history and a must for everyone who wants to be whisked away to another time.
Reviewed in the United Kingdom on 19 April 2017
Verified Purchase
This book should be on every history buffs shelf. The story cleverly transports you back to tudor england taking the reader on a exciting journey through uncertain times where no one is to be trusted. The author has clearly put the hard work into the research as one can clearly visualise the atmosphere of England during the tudor reign. The story and heroine captivated me, and although I could not put the book down as I was eager to finish I also felt like I'd lost a best friend when I did as I didn't want to leave the characters behind that I had grown so fond of. I couldn't recommend this book more highly. I will be looking out for future titles.
Read more
One person found this helpful
Report abuse

happy reader
5.0 out of 5 stars Time travel historical romance
Reviewed in the United Kingdom on 21 May 2020
Verified Purchase
This is a love story between William de Beauvais from Tudor times, and a modern day event manager Justine.
Insta-love, witch-hunt trials & friendships in this well written (well researched) love story set in the golden days of yester-year.
Read more
One person found this helpful
Report abuse
See all reviews
Back to top
Get to Know Us
Make Money with Us
Let Us Help You
And don't forget:
© 1996-2021, Amazon.com, Inc. or its affiliates