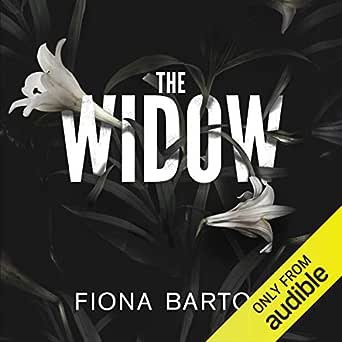 Island-Bookworm
5.0 out of 5 stars What a great read
28 July 2017
Format: Kindle EditionVerified Purchase
Superb first book by Fiona Barton.
For years people have wondered if Jeanie's husband had really taken that sweet little girl. He had been tried, acquitted, but there was still doubt.
The journalist was after a story, the detective after a child killer, they just can't let it go.
And what of Jeannie, the young wife? A little bit mentally unbalanced, controlled by an egotistical, lying husband. Maybe if her husband was dead, she could be rid of his 'nonsense' once and for all.

Nana Mez
TOP 500 REVIEWER
5.0 out of 5 stars Fantastic Read
19 February 2016
Format: Kindle EditionVerified Purchase
This is a great first novel by Fiona Barton. I was hooked from the beginning. Loved the way it went from present to past and also the weaving of the various main character's different views views on the disappearance of little Bella. New little bits kept coming out about them all and it was a real 'What happened" rather than a "Who Done it" Can't wait for her next one.
Read more
Helpful
Comment Report abuse

Jaykay
4.0 out of 5 stars Great first novel
18 September 2016
Format: Kindle EditionVerified Purchase
What a great debut novel.
Two year old Bella Elliot has been abducted from her front garden. So starts the search for the little girl and her abductor.
This is a well written book with great characterisations. The prime suspect is controlling and manipulative, but just how much does his wife know or suspect. Good thriller, well worth a read.

peter letchford
5.0 out of 5 stars Fast paced page turner.
7 February 2016
Format: Kindle EditionVerified Purchase
An exciting ride in the same genre as Girl on a Train. Flipping back and forth in time and between characters. A dominating husband and exploring domestic violence in a relationship. A detective, a journalist and a missing child. Well written page turner right to the end.
Read more
Helpful
Comment Report abuse

Sandra Dowdall
4.0 out of 5 stars Secrets and lies
28 August 2016
Format: Kindle EditionVerified Purchase
Page turner all the way!! Found it very hard to put down. Great storyline of a stolen child, who took her and was she dead or alive. A wife support for her husband, was he guilty or was he innocent?? Then there's the twist at the end...great read!!
Read more
Helpful
Comment Report abuse

Fiona Headford
5.0 out of 5 stars Enthralling
31 March 2016
Format: Kindle EditionVerified Purchase
First off- let me say that this book should come with a trigger warning for anyone who has been a survivor or is a loved one of a survivor (or victim) of abuse.

This is a very well written book. It tells the story from a number of different character perspectives and from differing timelines, but it never gets confusing as some books can when this style is attempted.

Moira Priestly
5.0 out of 5 stars Great thriller!
11 October 2019
Format: Kindle EditionVerified Purchase
It has been the longest time since I have read a book that had me from the start, kept me in the middle and had me racing to the end. I really enjoyed this book
Read more
Helpful
Comment Report abuse
There are 30 customer reviews and 32 customer ratings.
See all 30 customer reviews
Write a customer review
Get FREE delivery with Amazon Prime
Prime members enjoy FREE Delivery and exclusive access to movies, TV shows, music, Kindle e-books, Twitch Prime, and more.
> Get Started
Back to top
Get to Know Us
Make Money with Us
Let Us Help You
And don't forget:
© 1996-2020, Amazon.com, Inc. or its affiliates