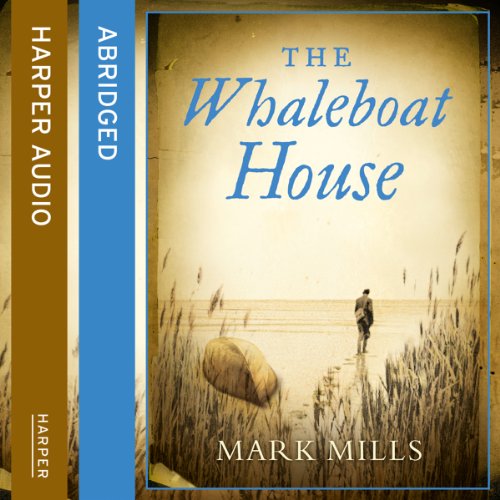 In the small town of Amagansett, perched on Long Island's windswept coast, generations have followed the same calling as their forefathers, fishing the dangerous Atlantic waters. Little has changed in the three centuries since white settlers drove the Montaukett Indians from the land. But for Conrad Labarde, a second-generation Basque immigrant recently returned from the Second World War, and his fellow fisherman Rollo Kemp, this stability is shattered when a beautiful New York socialite turns up dead in their nets.

On the face of it, her death was accidental, but deputy police chief Tom Hollis - an incomer from New York - is convinced the truth lies in the intricate histories and family secrets of Amagansett's inhabitants. Meanwhile the enigmatic Labarde is pursuing his own investigation.

In unravelling the mystery, this haunting and evocative novel captures a community whose way of life is disappearing, its demise hastened by war in Europe and the incursions of wealthy city dwellers in search of a playground.

Peter - The Reading Desk
4.0 out of 5 stars A Murder Mystery in Long Island
Reviewed in the United Kingdom on 14 May 2018
Verified Purchase
The Whaleboat House was originally published in the US as Amagansett, where the story takes place. Like many other Mark Mills books, there is an engaging style of writing that is wonderfully placed in the era around the Second World War with good characters and plot. He seems to have captured the period in the 1940s with the sense of a country just emerging from a world war, knowing that life will not go back to as it was before.

It is 1947, Amagansett, Long Island, and 2 fishermen catch, in their nets, the body of a local socialite from a well-connected powerful family. Was this death an accidental drowning or did something more sinister happen? The local police find it difficult to get any information from the locals as they are a secretive bunch, probably with too many indiscretions of their own to bring any attention on themselves.

Conrad Labarde is one of the fishermen that found the body. With a past as a WWII veteran-commando, it seems natural or convenient that he steps up to investigate what happened with a certainty that the killer is known to the local community.

The characters are developed in the sense that they are interesting and the dialogue throughout the story is quite good. The dialogue does try to be authentic to the time, place and fishing environment, which sometimes requires a lookup. A criticism is that the bad guys do not receive the same well-planned actions and characterisation and the main characters. It couldn’t be considered a cosy mystery mainly because of the sex scenes, which are in my view, unnecessarily graphic.

I find reading Mark Mills an easy and enjoyable experience but this was the weakest book to date and glad that it was his debut because his novels did get much better. Probably 3.5 stars
Read more
Report abuse

Stacey
4.0 out of 5 stars Simply riveting, atmospheric and exciting.
Reviewed in the United Kingdom on 7 August 2012
Verified Purchase
Early last year I was introduced to the books of Mark Mills when I read House of the Hanged, his fourth novel, and loved it. I went out and bought his other three books straight away and they have languished on my `to be read' pile ever since, which is to my deep discredit. No matter, as I picked up The Whaleboat House again a couple of weeks ago and raced right through it. Previously published under the title `Amagansett', The Whaleboat House begins with that most juicy of crime novel things - a body. In this case, the body is New York socialite Lillian Wallace, who has come to live at her family's Long Island home after her engagement ended, and she is pulled from the ocean by WW2 veteran and fisherman Conrad Labarde.

Local PD rules Lillian's death an accidental drowning but Tom Hollis, a former New York detective with a shady past, has his own suspicions of what happened - and suspects foul play. When he discovers that Conrad Labarde is also looking into Lillian's case, he realises that there is more than one thing that he's just not seeing.

I loved this book for some of the same reasons I enjoyed House of the Hanged; there is a flawed (in this case two) hero who is haunted by the memories of a former life but there is also a touch of glamour - we see Lillian Wallace in several flashback sequences and also touch upon her family and their `money can buy anything' lifestyle. There is a sense of melancholy as Mills describes the slow breakdown of the old ways on Long Island as fishermen whose families have lived there for generations are slowly driven out by the monied classes, turning a sleepy fishing community into something a lot less savoury.

Although some of the book has a slow pace, this perfectly captures the Long Island community circa 1947 and when the action does come, it arrives in a big way. Despite Conrad Labarde's laconic personality, Mills clearly shows that `still waters run deep' and Labarde is only one step away from swift and decisive action.

I'd thoroughly recommend this book and, while reading, I was reminded again of all the things I'd loved in House of the Hanged and have been newly inspired to read `The Savage Garden' and `The Information Officer' - hopefully I won't wait another year before picking them up!
Read more
Report abuse

REO
5.0 out of 5 stars A Story that reads like a really gripping Film
Reviewed in the United Kingdom on 14 July 2019
Verified Purchase
Loved this book. A slow start weaving the characters and introducing clues that lead you on a thrilling adventure. Wonderfully set against the background of a small fishing community. You'll learn more about seafaring and fish from this book than you ever knew existed. Unputdownable.
Read more
Report abuse

Brenda M Cook
5.0 out of 5 stars Mindblowing
Reviewed in the United Kingdom on 19 May 2014
Verified Purchase
One of the best thrillers I have ever read. It has an additional twist in as much as both the fisherman who finds the girl's body and a local cop both investigate her murder independently until the very satisfying climax. All this is set in a seaboard region close to but culturally remote from. New York. Add to this a rich description of local life and conflict between wealthy holiday makers and residents , and you have a heady brew of arcane lifestyle and old fashioned virtue , with greedy arrogance and urban vice. Add to this two men's impressive, if hidden, war records. It pays re-reading just to spot the pointers.
Crime fiction for the discriminating.
Read more
Report abuse

Ms. J. Goodman
5.0 out of 5 stars Read at least 7 times.
Reviewed in the United Kingdom on 28 August 2016
Verified Purchase
A real favourite. Each time I read it I find more in the story. Atmospheric, haunting, evocative. The story unfolds like molasses, with some surprises and lovely witty moments. I think it would make a great film; so much so that I sent my original copy to Viggo Mortensen's agent! - I can really see him as Conrad - the strong silent loner. If it happens, you heard it here first!
Read it; you won't be disappointed.
Read more
Report abuse
See all reviews
Back to top
Get to Know Us
Make Money with Us
Let Us Help You
And don't forget:
© 1996-2021, Amazon.com, Inc. or its affiliates