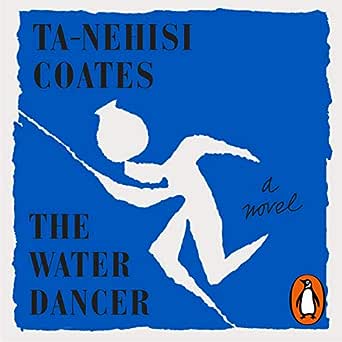 Jim KABLE
TOP 50 REVIEWER
5.0 out of 5 stars Dignity Restored
6 October 2019
Format: Kindle EditionVerified Purchase
I have kinfolk descended out of slavery from 17th, 18th century Jamaica, New York - and others out of the Caribbean. This book - for Anglo-Australian me - is the book of the decade. It is not a linear tale - it spreads back into Africa and sideways across generations and through the plantation system - the warping of those “Quality” owners and their class - of others in the class and caste system of slavery and in all the permutations of the ways in which the use and abuse of it marred and scarred the human beings chained to its machinations. The magic of conduction as part of the many and varied ways in which the Underground Railway worked - along with knowledge that there were those from the Quality ranks itself who were part of the Underground - all thrilling. Memory as the key. How marvellous and life-affirming this novel by Ta Nehisi-Coates. With many many thanks from this cousin far across the waters!
Read more
2 people found this helpful
Helpful
Comment Report abuse

Peter Eerden
TOP 500 REVIEWER
5.0 out of 5 stars There is no substitute to excellence
1 December 2019
Format: Kindle EditionVerified Purchase
To be wowed by the writings of an author is to acknowledge the triumph of storytelling through his hand. Ta-Nahisi Coates is a master craftsman plying his trade for the enjoyment of his readers and giving us all a revolutionary conduction that ties his Tasked story together. To understand this of course you too need to be conducted and that is to say; read the book. There is no other way to understand just how exceptional this book is and how it affected my five star rating. It is the first time I have wished for a ten star rating but even that would not suffice. It is that good. So, do yourself a favour. Read and be conducted.
Read more
Helpful
Comment Report abuse

Ms Biz
3.0 out of 5 stars Disappointing Ending
29 September 2019
Format: Kindle EditionVerified Purchase
The Water Dancer is a book loaded with potential-
The story is filled with loss and surprisingly a sense of hope - the message is powerful meaningful and beautiful written though at times verbose
I felt it ended abruptly

Kindle Customer
5.0 out of 5 stars Couldn't it down
28 October 2019
Format: Kindle EditionVerified Purchase
The story gripped me but as much the recounting of the Underground's work to free slaves was fascinating and inspiring.
The beauty of the writing means I've already started to read it again.

Read more
Helpful
Comment Report abuse
There are 4 customer reviews and 6 customer ratings.
See all 4 customer reviews
Write a customer review
Get FREE delivery with Amazon Prime
Prime members enjoy FREE Delivery and exclusive access to movies, TV shows, music, Kindle e-books, Twitch Prime, and more.
> Get Started
Back to top
Get to Know Us
Make Money with Us
Let Us Help You
And don't forget:
© 1996-2020, Amazon.com, Inc. or its affiliates