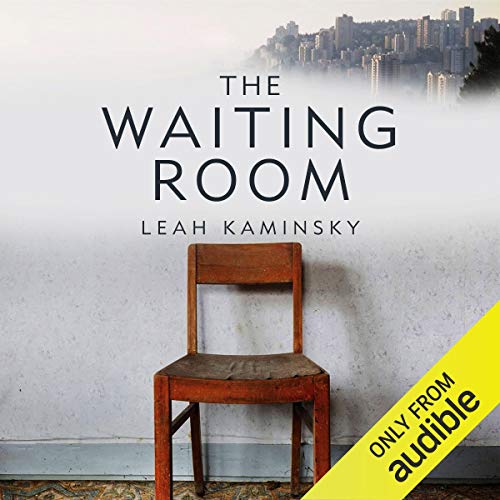 4.0 out of 5 stars
4 out of 5
34 global ratings
How are ratings calculated?
To calculate the overall star rating and percentage breakdown by star, we don’t use a simple average. Instead, our system considers things like how recent a review is and if the reviewer bought the item on Amazon. It also analyses reviews to verify trustworthiness.

Dodie
5.0 out of 5 stars Sad. Thought provoking. A great read.
Reviewed in Australia on 17 July 2016
Verified Purchase
I have read so many holocaust stories and am always reduced to tears. This one touches on the long term effect of the holocaust experience but is set in modern Israel. It is beautifully told although reduced me to tears at times. The main character is an Australian GP married to an Israeli. She is terrified of the possibility of a bombing killing her son. At the same time she is coping with a very busy medical practice with very demanding patients. (I certainly gained respect for my GP's patience with some patients.) Her marriage is going through a tough patch. Meanwhile the ghost of her mother, or maybe just a voice in her head, tells stories and gives advice. There are so many threads to this novel. Leah Kaminsky combines them all with a light touch.
Read more
Helpful
Report abuse

John Nurse
5.0 out of 5 stars A Compelling Debut Novel
Reviewed in Australia on 4 November 2015
Verified Purchase
Leah Kaminsky’s compelling debut novel tells a story of a Jewish family over three generations and six decades. The central story is set in one day in May 2001 in terrorist-threatened Haifa, in which for life for Dina progresses from mere demanding through dysfunctional and finally disastrous. Dina, born and raised in the genteel suburbs of Melbourne has landed in Haifa, through an unplanned visit to Israel and bumping (literally) into her Eitan, whom she marries and with him has a son, Shlomi. Dina is happy enough with her busy life as general practitioner, wife and mother. But she still feels a “galutnik: a Diaspora Jew. To many Israelis, the word also means coward, an eternal victim as opposed to the strong sabra Jew born in Israel”. She feels the pull to move back “home” and to take her son to live in a safer place, though she knows her proud sabra husband will never accept this.

During this day, Dina is accompanied by her long-dead mother, who like Samantha’s mother Endora, appears when least expected to give sometimes sage, though often unwelcome, advice. “Her mother’s ghost is like a faithful dog. Difference is, though, you can train a dog to heel.” Dina is reminded of their protected life growing up where her mother always had one eye over the shoulder at the horrors of her past and a suitcase “permanently packed, stashed away in the cupboard, just in case”. And from the back seat of the car or the aisles of the supermarket, her ghostly mother reminds her of stories she would rather forget, of the holocaust, the losses, the pain and awful choices. “She ran from the memory of her mother, who used to shop at the supermarket on Glenhuntly Road by day and trudge through heavy snows of Bergen-Belsen at night.”

Kamisky weaves these three stories as tightly as the braided strands of a challah, so that sometimes you can barely see where one strand finishes and the next takes over. But her real trick has been to add what she has called her “grace notes”; in musical terms, a fleeting and minute note placed before a regular note. These notes are sprinkled liberally through the story, like raisins through the challah, to surprise, divert and charm us as we wait for the story to progress. These little vignettes speak to Kaminsky’s great powers of observation (and the note book that she, as a doctor in Haifa herself, apparently took with her at all times).

At one point in the story, Dina rushes to the shoemaker in the old Arab shuk to repair a heel which, on this of all days, has broken off. While bomb alarms and evacuations proceed outside, the old shoemaker continues patiently with his task. Kaminsky paints for us such an evocative picture that we feel we are standing there beside her in the old marketplace. “Boxes of nails and shoelaces, a pair of worn-out satin ladies shoes, a blue leather baby’s boot, a blurred black-and-white photo of a young girl with curls swept back from her forehead, a twenty-year-old Haifa telephone book, a clock with hands frozen at twelve o’clock.”

A review of Richard Flanagan’s Booker-proze winning “Narrow Road to the Deep North” says “Despite the novel’s epic sprawl it retains the delicate vignettes that characterise Flanagan’s work, those beautiful brush strokes of poignancy and veracity that remain in the reader’s mind long afterwards.” Kaminsky shows exactly this same touch, which makes “The Waiting Room” not only an outstanding work but a pure delight to read. She has written that this book took her more than ten years to produce. I hope we don’t have to wait as long for her next.
Read more
Helpful
Report abuse

Miss Shezza
4.0 out of 5 stars Hauntingly beautiful!
Reviewed in Australia on 13 December 2015
Verified Purchase
A very easy read, despite the rather depressing story line, in fact it's a very beautiful story. The images are gentle and haunting but very vivid. I also loved the believable and likable characters. Well done Leah!
Read more
Helpful
Report abuse

ruth r rosen
5.0 out of 5 stars Deeply moving
Reviewed in Australia on 2 April 2019
Verified Purchase
Sensitive and touching, this book opens up wounds that may never heal in a beautifully told personal narrative. Thank you.
Read more
Helpful
Report abuse

Danielle
5.0 out of 5 stars A wonderful read
Reviewed in Australia on 6 September 2015
Verified Purchase
I laughed, I cried and I reminisced at every moment of this wonderful journey.
I loved every minute of this book and could not put it down.
A must read!
Read more
One person found this helpful
Helpful
Report abuse

Amazon Customer
5.0 out of 5 stars Five Stars
Reviewed in Australia on 2 January 2017
Verified Purchase
A very enjoyable read. There are many levels to this book. It is very well structured.
Read more
Helpful
Report abuse

Shelleyrae
4.0 out of 5 stars Short but Powerful
Reviewed in Australia on 3 September 2015
The Waiting Room is the debut fiction novel from Leah Kaminsky, a physician and best selling non fiction author.

Dina is a family doctor living in contemporary Israel with her husband and young son. Haifa is a world away from the Melbourne suburbs where Dina grew up, the only daughter of holocaust survivors. Eight months pregnant with her second child, Dina is exhausted and increasingly anxious. Her marriage is strained, she is tired of her patients needs, and she is terrified by an escalated terrorist threat in the city.

As Dina struggles to simply get through a single day, overwhelmed by traffic, a broken heel, demanding patients, and a promise to procure apples for her son, her behaviour becomes increasingly irrational. She finds no comfort in the casual assurances of her husband, nor the ghostly opinion of her long dead mother, who berates, cajoles and nags her daughter for her failings.

The sentiment of The Waiting Room is haunting and moving, relieved only by a rare glimpse of dark humour. The prose and dialogue is sharp and articulate. The pace builds until Dina's day reaches an explosive conclusion.

The Waiting Room is a short but powerful novel about survival, terror, love and death.
Read more
One person found this helpful
Helpful
Report abuse
See all reviews

Darcy6
4.0 out of 5 stars A Generational problem.
Reviewed in Canada on 26 January 2017
Verified Purchase
I have read many books related to the Second World War, but this was very eye opening. Understanding the affect of the war, on the children of those who survived the camps. Men came back from war with PTSD. The survivours the camps tried to enjoy a life of freedom. By being grateful, but what about the stories, the nightmares and fear involved in living life without fear, anger and yes hate.
Read more
Report abuse

Anderson Leeds
5.0 out of 5 stars Astounding Novel
Reviewed in the United States on 10 December 2016
Verified Purchase
I finished your astounding novel.
>
> I loved every minute. It felt like we were having an intense conversation and I was accompanying you on an incredible journey.
>
> There are parts of the book that I found so extraordinary they took my breath away. It is such a compelling story - important and relevant. I so related to having conversations with a dead mother.
Read more
6 people found this helpful
Report abuse

Pixie
3.0 out of 5 stars A strange, difficult, yet beautiful read.
Reviewed in the United States on 6 July 2017
Verified Purchase
Started out slow for me but was glad I stuck it out. It's not an impressive story that will stay with me forever but the tidbits of emotional struggle, confusion, and imaginary relationships will linger and make me reflect on fear and how it impacts our closest relationships.
Read more
3 people found this helpful
Report abuse

Judith K.
4.0 out of 5 stars Important reading
Reviewed in the United States on 25 May 2017
Verified Purchase
This is a very touching book which deals with the second generation of Holocaust survivors. It highlights that whether the survivors speak about their pain or don't speak about their pain, it is still transmitted to their children and colors all aspects of their lives. It would have been given five stars if you didn't have such an abrupt ending which was a little unsatisfying.
Read more
2 people found this helpful
Report abuse

Manju
5.0 out of 5 stars Book about continuity from past to present. Beautifully written book to remind us of a gory piece of human history in which huma
Reviewed in the United States on 13 November 2015
Verified Purchase
Once I started reading, could not put it down. Completely involved in her misery who was fighting the ghosts from past. Easy to read and feel book and makes you think why and what happened and how could we allow this to happen?
Read more
3 people found this helpful
Report abuse
See all reviews
Back to top
Get to Know Us
Make Money with Us
Let Us Help You
And don't forget:
© 1996-2021, Amazon.com, Inc. or its affiliates