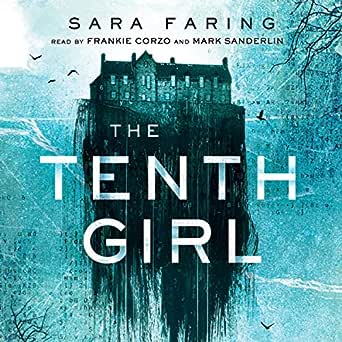 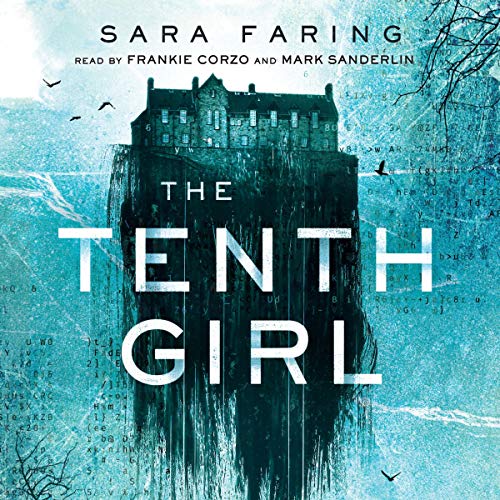 3.8 out of 5 stars
3.8 out of 5
78 global ratings
How are ratings calculated?
To calculate the overall star rating and percentage breakdown by star, we don’t use a simple average. Instead, our system considers things like how recent a review is and if the reviewer bought the item on Amazon. It also analyses reviews to verify trustworthiness.

Ashley Tidwell
1.0 out of 5 stars Not what I wanted for Spooktober reading! Stupid, not scary
Reviewed in the United States on 4 October 2019
Verified Purchase
It’s October! It’s spooky book season! And this ain’t it! I want ghost, I want monsters, I want horror and weird, and I thought the synopsis said it had all that but it was wrong! Instead it had a weird twist that I hated. By page 300 I was skimming the dialogue till the last 2 chapters because I no longer cared, I couldn’t stay invested. The nature of this book will make it very polarizing, you either love it or hate it and sadly I hated it.
Read more
13 people found this helpful
Report abuse

ruthanne s
5.0 out of 5 stars super twisty, lovely writing
Reviewed in the United States on 2 October 2019
Verified Purchase
This book was a TRIP. The claim that there's a twist you won't see coming? Yeah, that's true -- and I was actively guessing at what it could be! Mavi is such a great character, you will be rooting for her the whole time. The writing is amazing and has me looking into booking a trip to Patagonia. Definitely add this one to your TBR list!
Read more
8 people found this helpful
Report abuse

Los Angeles reader
5.0 out of 5 stars A young woman's journey in Patagonia
Reviewed in the United States on 26 September 2019
Verified Purchase
It starts out as a young woman's quest for a future, while recalling past experiences in 1970's Argentina. It quickly evolves into a much fuller, enigmatic, mysterious and surprising thriller full of twists and turns, to keep us turning pages until the very unexpected ending. A tour de force for those who enjoy a blend of thriller, magical realism, poetic writing and more.
Read more
7 people found this helpful
Report abuse

lisaleo (Lisa Yount)
3.0 out of 5 stars ghost story that takes an abrupt turn
Reviewed in the United States on 16 January 2020
Verified Purchase
The main thing to know about this book is that the first two-thirds or so is a good, but not great, ghost story—after which it turns abruptly into Something Else Entirely. Spoiler rules forbid me from saying anything about what that is; all I can say is that I found it a considerable surprise, yet it explained a number of things I had wondered about in the course of the ghost story.

The book alternates between two narrators. One is Mavi, short for Margarita Victoria, a young woman fleeing Argentina’s 1970s military regime, which has “disappeared” her mother and is looking for her as well. To get out of Dodge, she takes a job in a new girls’ school located in, of all places, Patagonia, the southern tip of South America, “where fields of ice meet mountains of salt.” That seems an unlikely spot for such an operation, but the school’s owner, Carmela De Vaccaro, comes from a family who has owned a mansion there, and she wants to reclaim the property by turning it into a successful school.

Mavi quickly hears rumors that the school is haunted, the result of a curse placed by the indigenous Zapuche people, whom the De Vaccaros dispossessed from the land. We shortly meet the other narrator, Angel, who in fact is one of the ghosts in question. It appears that Angel is a nice ghost, but the other “Others” who swarm the house are not so gently inclined. Mavi soon meets Angel as well, though she doesn’t know it because he has taken over the body of Dom, Carmela’s son. The original Dom was a pain in the you-know-what, as Carmela discovered when she arrived, so Angel’s occupation results in a considerable personality improvement. Mavi not only sees nothing odd about the change but becomes quite attracted to the new Dom, an attraction he returns.

The spooky setting is well described, but it draws on a lot of familiar elements. (The Patagonia landscape is interesting and unique, however.) I liked both Mavi and Angel, though for a seemingly gentle guy, Angel does seem awfully cavalier about dispossessing Dom from his body. The other teachers, as well as Carmela and her glowering housekeeper/henchwoman, Morency, are somewhat stereotyped, and the girls hardly emerge as separate personalities at all. Angel aside, the ghosts are also vague and unconvincing.

This book has enough good qualities to be worth reading—but watch out for that sudden turn, it’s a doozy.

Isaac712
5.0 out of 5 stars Absolutely mind-bending read. That sucker punch at the end is not to be missed.
Reviewed in the United States on 27 September 2019
Verified Purchase
Just finished Sara Faring's THE TENTH GIRL, and holy horseflies, nobody is ready. Probably one of the most mind-bending books I’ve ever read. Wildly imaginative and complex. Dark with frightening children. Well done, Faring, you evil overlord.
Read more
7 people found this helpful
Report abuse
See all reviews
Get FREE delivery with Amazon Prime
Prime members enjoy FREE Delivery and exclusive access to movies, TV shows, music, Kindle e-books, Twitch Prime, and more.
> Get Started
Back to top
Get to Know Us
Make Money with Us
Let Us Help You
And don't forget:
© 1996-2020, Amazon.com, Inc. or its affiliates