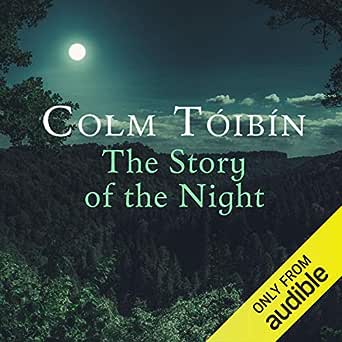 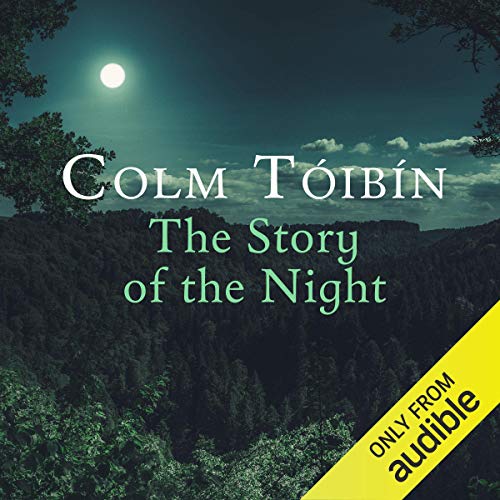 The Story of the Night

Allan Hildon
3.0 out of 5 stars OK but lacks authenticity
Reviewed in the United Kingdom on 10 September 2016
Verified Purchase
I had hoped for a more nuanced examination of the experience of being gay in the era of the generals in Argentina. The book is well written for the most part but could have been set in Arkansas. I'm not sure why Toibin chose Argentina; as far as I am aware he has not lived there for any length of time, and, sadly, the story lacks authenticity. Apart from that it's OK as a read for a traveler.
Read more
Helpful
Sending feedback...
Thank you for your feedback.
Sorry, we failed to record your vote. Please try again
Report abuse

Wokker
5.0 out of 5 stars awesome piece and story
Reviewed in Canada on 5 December 2014
Verified Purchase
I read it twice... awesome piece and story.
Note to those who know Argentinian political history: When the main character (Richard Garay) explains the transition from Dictatorship to Democracy and how the country was ready for elections, the story jumps from the dictators (1976-1982) to an election -Menem- that in reality happened in 1989. The transition from the military government to the democratic elections occured in 1982-1983. The author skipped nine years ignoring Raul Alfonsin (1983-1989).

5amWriterMan
5.0 out of 5 stars The Story of the Night Shines!
Reviewed in Canada on 17 February 2015
Verified Purchase
Wow - this novel is excellent: the authour's writing, the story line, the characters, and the setting in Buenos Aires. A terrific job on combing historical events in Argentina with the sex and love life of the main characters. The ending is both heartwarming and heartbreaking!
Read more
Helpful
Sending feedback...
Thank you for your feedback.
Sorry, we failed to record your vote. Please try again
Report abuse

BOOK ADDICT
4.0 out of 5 stars AN UNEXPECTED EYE OPENER
Reviewed in the United Kingdom on 4 July 2012
Verified Purchase
Having previously only read 'Brooklyn'by Colm Toibin,I was a bit surprised by the intensity and subject matter of this novel.I did enjoy it, but like some other reviewers I found the middle part of the book took me nowhere.The end of the novel was certainly moving, and gave an insight into the feelings of someone diagnosed with AIDS. I did enjoy the portrayal of political life at the times of the Falklands War in Argentina,and Chile and the posturing and cruelty of the generals.Colm Toibin writes well and graphically,and moves the reader on with the story. The characters could almost be taken to be people that he had known-perhaps they were-
A very good novel, but not what I really expected.

Parker Wilson
5.0 out of 5 stars Sad and Happy
Reviewed in the United States on 19 June 2019
Verified Purchase
Toibin finds a way to make the end of life seem not so bad. Otherwise, I was not expecting the epic gravity of this story. Prose is top notch contemporary. Lots of gay sex, which is nice.
Read more
One person found this helpful
Helpful
Sending feedback...
Thank you for your feedback.
Sorry, we failed to record your vote. Please try again
Report abuse

Rob W.
5.0 out of 5 stars I Only Read Biographies...Until now
Reviewed in the United States on 27 May 2014
Verified Purchase
By mere accident I started to read this book by Toibin. As the old saying goes..."I couldn't put it down"
While I had nothing in common with the subject, by the time I finished this book, it opened a new path
of varied interests to me. I went to Amazon to get another of Toibin's books. I may be hooked. A
wonderful read so well presented. Thank you Sir Toibin! rfw

Elizabeth Sommers
5.0 out of 5 stars Inner lives as viewed through the lens of Argentina's recent history
Reviewed in the United States on 25 May 2016
Verified Purchase
A riveting story set in Argentina through times of political unrest and the early years of the HIV/AIDS epidemic. Vivid, realistic and intensely personal. Toibin continues to examine the relationships of mothers and sons - this time through the perspective of the son.
Read more
Helpful
Sending feedback...
Thank you for your feedback.
Sorry, we failed to record your vote. Please try again
Report abuse

LT
4.0 out of 5 stars Whatever
Reviewed in the United States on 25 June 2018
Verified Purchase
Yes I really love his books
Kindle is restricting me moving on until I do this
What ever works best

Amazon Customer
4.0 out of 5 stars Less detail on insignificant occurrences and more on bigger picture
Reviewed in the United States on 26 August 2018
Verified Purchase
Well written but left too much unresolved and ended too abruptly. I would have wanted more insight into narrator's view of political climate.
Read more
Helpful
Sending feedback...
Thank you for your feedback.
Sorry, we failed to record your vote. Please try again
Report abuse

Blue in Washington (Barry Ballow)
4.0 out of 5 stars Love in the time of cholera redux
Reviewed in the United States on 8 June 2014
Verified Purchase
Oddly, I think most of the reviews for this book--pro and con--are pretty accurate. The account of an Argentine man living through the years of the dictatorship, Malvinas/Falklands War, economic turmoil and the start of the HIV/AIDS epidemic is important and fascinating. At the same time, the author's narrative writing style here does come across as cool and dispassionate, making the protagonist seem self-absorbed and heartless, and taking the edge off his moments of real love and tragedy. There is, as one reviewer pointed out, a sudden drop-off in the tension that was built around the political intrigue that was a central theme in the book.

It's a polarizing book, but I have to say that I thought it was beautiful at times in its cool-eyed assessment of how people might react under various forms of stress. I also liked the novel for the quasi-redemption that comes at its conclusion.
Read more
One person found this helpful
Helpful
Sending feedback...
Thank you for your feedback.
Sorry, we failed to record your vote. Please try again
Report abuse

G. Carlson
5.0 out of 5 stars Colim toibin
Reviewed in the United States on 4 November 2019
Verified Purchase
Enjoyed the writing and the plot, although the narrative became quite dark.
Read more
Helpful
Sending feedback...
Thank you for your feedback.
Sorry, we failed to record your vote. Please try again
Report abuse