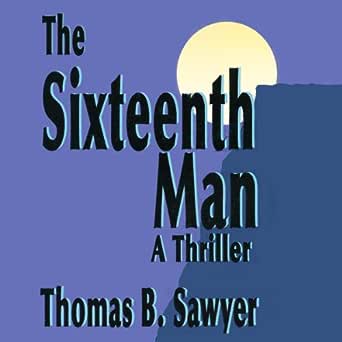 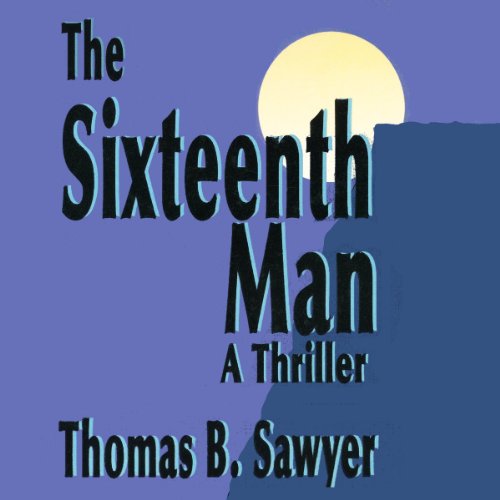 JoAnne Lucas
5.0 out of 5 stars TWO GRIPPING STORIES IN ONE
Reviewed in the United States on 20 August 2017
Verified Purchase
I am so glad that Tom Sawyer mentioned oN the DorothyL mystery discussion list that he had written this book. There are 2 stories from different time periods that are interwoven chapter by chapter. The present day chapters deal with an archeology find and the strange remains of a modern man along with those of a very ancient culture. The dead man's story alternates with the present. Very skillfully done and a pleasure to read.
Read more
One person found this helpful
Report abuse

April Kelly
5.0 out of 5 stars It Terrifies So Good!
Reviewed in the United States on 16 September 2015
Verified Purchase
With an uncannily accurate ear for the dialogue and gestalt of two widely separated, but tragically connected time periods, author Thomas B. Sawyer delivers that rare thriller that rises above the shoot ‘em up, blow ‘em up and bed ‘em level of so much of this genre. In his capable hands characters present with multi-dimensional personalities rather than a pack of quirks, smirks and gun skills, and people fall in (and out) of love for reasons other than an author’s decision that they should. The plot moves crisply through shocking reveals culminating in an ending few will see coming. Breakneck pacing that still allows the reader time to stop and smell the corpses. A stellar debut.
Read more
One person found this helpful
Report abuse

Wreditor
5.0 out of 5 stars A dynamite page-turner!
Reviewed in the United States on 19 May 2017
Verified Purchase
Fans of fast-moving, well-constructed thrillers featuring well-delineated characters are likely to find this one hard to put down. I recommend against reading the lengthy teaser on the Kindle edition's page because it gives too much away. Read the novel instead. Written by a skilled pro, it's not a story you'll forget any time soon.
Read more
Report abuse

Gwynne R. Winsberg
5.0 out of 5 stars High suspense and paranoia
Reviewed in the United States on 11 March 2013
Verified Purchase
Fast paced and highly readable, possibly fictional alternative background to the Kennedy assassination. I couldn't put it down until the end.
Read more
Report abuse

David Beaty"Davie"
5.0 out of 5 stars The Sixteeth Man Rocks!
Reviewed in the United States on 1 October 2009
Verified Purchase
"The Sixteenth Man," rocks! Thomas Sawyer takes you on the conspiracy thriller ride of your life. He also takes you back to that bleak and sad day when the dreams of an entire generation were blown out like so many candles. If you like taut, literate, exciting fiction (which may not be as far from fiction as we might like to think) then this is the book for you!
Dave Beaty
Read more
One person found this helpful
Report abuse
See all reviews
Get FREE delivery with Amazon Prime
Prime members enjoy FREE Delivery and exclusive access to movies, TV shows, music, Kindle e-books, Twitch Prime, and more.
> Get Started
Back to top
Get to Know Us
Make Money with Us
Let Us Help You
And don't forget:
© 1996-2020, Amazon.com, Inc. or its affiliates