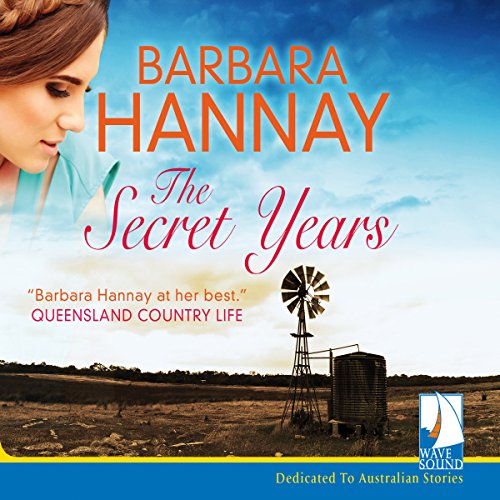 NLP
5.0 out of 5 stars Don't read it on a plane
Reviewed in Australia on 9 November 2015
Verified Purchase
I love, love, love this book. Like some of the other reviewers, I don't really pick this genre, but was glad I did. The love stories in the book were gorgeous, and I couldn't put it down. I say don't read it on a plane because it made me cry, which was really embarrassing.....had to pretend I had the flu !! You won't be disappointed.
Read more
Helpful
Report abuse

Sophie
4.0 out of 5 stars History, romance, mystery, fiction
Reviewed in Australia on 24 January 2019
Verified Purchase
Just like all of Hannay’s other books, this one is amazing. Being an Australian, reading a book set in my home country makes me connect with the story even more. This book is a mystery intertwined and mixed with romance and history. I recommend this book to anyone looking for a book that’s they will not be able to put down.
Read more
Helpful
Report abuse

Patricia Jonas
5.0 out of 5 stars Beaitiful
Reviewed in Australia on 17 July 2016
Verified Purchase
With both amazing descrioption and writing this novel takes you through three genertions of love, heartache and time. The writing enables The reader to imagine clearly every place and person in the story. Beutifully created and womderfully written. Now I want to know what happens next
Read more
Helpful
Report abuse

Kindle Customer
5.0 out of 5 stars True love always find a wsy
Reviewed in Australia on 2 January 2021
Verified Purchase
I am so pleased a friend introduced me to Barbara Hannay. Easy to read, great story lines. Ready to read another book.
Read more
Helpful
Report abuse

Amazon Customer
5.0 out of 5 stars My favourite book for a long time
Reviewed in Australia on 16 August 2018
Verified Purchase
Just loved everything about this book. Wonderful stories of love stories and the scenery enabled me to be there. Highly recommend reading.
Read more
Helpful
Report abuse

James
5.0 out of 5 stars The secret years
Reviewed in Australia on 9 November 2015
Verified Purchase
Was a great book as I like all books that about the outback about a bit of outback, city, war and love.
Read more
Helpful
Report abuse

Lynette Lapham
4.0 out of 5 stars Four Stars
Reviewed in Australia on 23 April 2016
Verified Purchase
The story swept me along - very enjoyable and will read other books by this author.
Read more
Helpful
Report abuse

Mys M
5.0 out of 5 stars Rip Roaring Adventure/Love Story
Reviewed in Canada on 29 August 2015
Verified Purchase
After reading reviews of this book, I decided it would give me an excellent picture of at least part of the Australian outback as well as a ripping good adventure/romance read. I wasn't disappointed.

The Secret Years looks at relationships and secrets of three generations: George (Georgina) originally from England, and her husband, Harry Kemp (an original outbacker and Aussie army volunteer in WWII), their daughter, Ro (Rose) born in Australia but partly educated in England, and Lucy, George and Harry's granddaughter, who follows in their footsteps living the army life as a logistics officer and serving in Afghanistan.

The Prologue begins in 1963 when Rosie (Ro) is six years old living with her father — Harry, aka the boss — in North Queensland on a three thousand square kilometer spread called Kalkadoon Station which supports between four and five thousand head of Brahman cattle per year. An English woman is arriving to try to take Rosie to England and Harry promises he won't let her go.

The story begins in earnest with Lucy, returning from a 6-month tour in Afghanistan, is struggling with a number of issues: her grandfather, Harry's serious illness (kidney failure), a mother with at best, a tense relationship with Harry, and the fact that she, herself, will be returning after R & R to a desk job now that her deployment to Afghanistan is finally over. When the fiancé she's expecting to move in with and set the wedding date isn't waiting to greet her at the airport, Lucy begins to get an uneasy feeling. When she returns to her mother's new apartment late that night instead of spending the weekend with Sam, those events become part of her secrets which she keeps from Ro.

Ro is carrying around secrets about the years she spent in England and Lucy is certain that those events have something to do with why her mom can't seem to have a lasting relationship with any of the previous boyfriends she has had. Her latest, Keith, seems to be a cut above the rest and perhaps that's part of the problem. Why does Ro think she doesn't deserve a great guy? And why do she and Harry grate against each other all the time? Surely she could make an effort to get along when she knows Harry is dying.

As for grandpa Harry, Lucy can never get him to talk about the war, or about Kalkadoon, or his late wife, Georgina (George). What secrets is he hiding? When Lucy finds a cookie tin Harry had given her mom to keep safe when he went into the hospital, she decides to take a peek. What she finds in that tin convinces her that to unravel the secrets behind the troubled relationships within her family she needs to go to England to the home where George's relatives still live. Imagine Lucy's surprise when she sees Penwall Hall on the blustery Cornwall coast with its vast property, stables, and gardens. She's even more surprised when she learns that the gorgeous hunk she saw in the pub in the nearby town is actually her cousin, Nick Myatt, the one who has made the estate self-sufficient. She can't help but compare him to Sam but knows she must get over her feelings. After all, they're cousins!

Between the chapters telling about Lucy's adventures to learn the truth about her family history, Hannay tells the love story of Harry and George. It is touching, and exciting, as well as traumatic as the young lovers weather the Blitz in London, barely escape the Japanese invasion of Rabaul, New Guinea, and finally face her parents in Penwall Hall, Cornwall. How scary could that be after everything else they'd gone through?

This was a wonderful adventure full of fascinating and rebellious characters, captivating settings, tender relationships under heavy weather, and lots of surprises and realistic war situations. It is a fast read simply because you can't put it down. It is the first novel by Barbara Hannay that I've read but it definitely won't be the last. There was nothing slow or lackaday about this adventure and the ending was very satisfying
Read more
Report abuse

Mrs. Helen Sibbritt
5.0 out of 5 stars Magical and Beautiful Story
Reviewed in the United States on 6 October 2015
Verified Purchase
This is such a beautiful story set in two wonderful eras it tells of the struggle during World War 2 and the course of true love that spans many years from Bombings in London to the jungles of New Guinea and then to Australia, Townsville and the Queensland outback, it is the story of families and the secrets that are kept and what happens when they are unearthed.

Lucy Hunter is a beautiful young woman she is in the army and has just returned from Afghanistan ready to marry her fiancé but things are very different on her return and when she ends up single and even her mother has a new boyfriend and has moved and when Lucy finds a tin that belongs to her beloved grandfather Harry and discovers some very interesting memorabilia about world war 2 and the photograph of a beautiful woman Lucy decides it is time to try and find out about the family secrets that her mother and grandfather will never talk about. The time has come for Lucy to take a trip to England and find out what she can.

This starts a beautiful journey where Lucy discovers so much about her grandparents Harry and Georgina and what they went through to be together the life that George had led in England and on the cattle property Kalkadoon in remote Queensland and also some of what had happened to her mother Rose but she also finds love herself only to have it snatched away. But the happiness that she finds when she returns home the way that her trip has finally got Harry and Rose to open up is pure joy you will be crying and smiling.

This is a story that I did not want to put down I wanted to get to the ending but when there I wanted more the ending is just so perfect for this story is was magical and beautiful I could barely read the words through the tears all in all this is a story that is so rich in emotions joy and sad times the characters are so real and alive the settings are just amazing this is a book that should not be missed I highly recommend this one.
Read more
Report abuse

BarbarinaS
5.0 out of 5 stars A beautiful read
Reviewed in the United States on 8 April 2018
Verified Purchase
Delightfully Australian this was a a wonderfully warm and flowing story encompassing the span of three generations.The author creates some lovely images bringing the landscape alive, no easy feat when she is covering two different countries and two very different wars, and a whole lot of falling in love just to keep us turning those pages.
A most satisfying read.
Read more
Report abuse

Evie
5.0 out of 5 stars Five Stars
Reviewed in the United States on 10 August 2016
Verified Purchase
Amazing book had me hooked from the start. A mystery romance that leaves you guessing. Loved it
Read more
Report abuse

lynette williams
5.0 out of 5 stars Five Stars
Reviewed in the United States on 1 November 2015
Verified Purchase
this book will keep you reading it from start to finish ----LynW
Read more
Report abuse
See all reviews
Back to top
Get to Know Us
Make Money with Us
Let Us Help You
And don't forget:
© 1996-2021, Amazon.com, Inc. or its affiliates