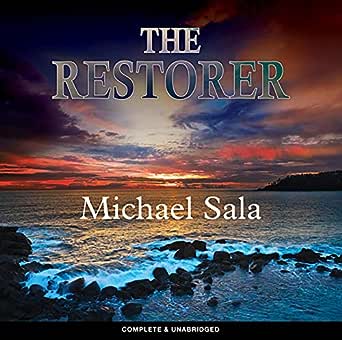 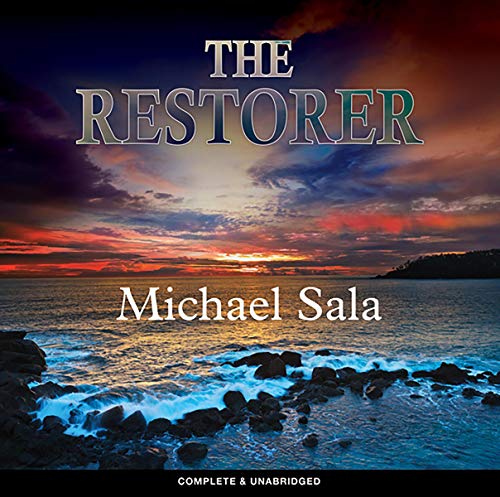 I believe the author, Michael Sala has managed to, not only observe and describe the participants in the book but provided very clear descriptions of their surroundings. I’ve never been to Newcastle - short of passing by when on my way to Byron for a holiday, but Michael has managed to allow the reader to hear the dogs barking, see the shipwrecks and infrastructure scattered along the coast. He has also described the hot sultry climate and the passing storms.
In relation to the characters, the image of the fragile son Daniel was clear in my mind and whilst I will never understand a teenage girl, I have come close with Michael’s portrayal of Freya. I can relate to the teenage boys at the party and in the school.
Michael also gave me clear insight into the father Roy who seemed to have no hope to succeed in love. Roy appeared to be clutching at some form of approval but was frustrated by his aggressive behaviour, a regular image of the Australian male in our society.
The last 15 % of the book, (I’m an iPad reader, no pages) was unputdownable!! The combination of Roy’s nagging insecurities, the looming split between Maryanne and Roy, the phone call to the Maryanne’s mother, the party with the - what I thought would be at least the rape of Freya - was thrilling.
For me the murder of Maryanne was unexpected but it should not have been. One woman dies each week in Australia by a male close to her and I didn't see it coming. I was taken aback by the death of Maryanne and I could visualise her body lying on the floor.
Michael Sala has written a relatively short book but it’s thick with graphic descriptions of everyday people in an Australian working class city.
It’s my belief that Richard, next door, was a ghost of the author roaming in and out of the story.

Snapdragon
TOP 50 REVIEWER
5.0 out of 5 stars Excellent
Reviewed in Australia on 21 January 2018
Verified Purchase
This is an amazingly insightful novel... in many respects. Having just finished it, I feel sucker-punched. It’s set in the coastal coal port town of Newcastle. The one in NSW Australia, in 1989. That was the year an earthquake brought down the Workers’ Club, killing several people. Earthquakes are as rare as hens teeth in Australia, and this one serves as a metaphor for the book’s main event. Everything is wonderfully evoked: the hot beachside summers; the storms; the teen culture of booze, pot, bullying and crass misogyny; and above all, the relationships between the protagonists. Maryanne is a nurse who has just returned to her husband Roy. They have two children: 14 yo Freya and 8 yo Daniel. Roy has bought an old house in Newcastle that he’s going to do up. Maryanne’s mother is not at all happy about the reunion. For good reason, as it turns out. Roy is one of those possessive men who have a hard time controlling their anger and jealousy. Needless to say, he has a damaging past, as does Maryanne. The timbre of this relationship is very skilfully conveyed, as is it’s effects on the kids. It’s a train wreck waiting to happen, and we are on tenterhooks. The story is told mostly through the perspectives of Maryanne and Freya. Freya turns 15 and has a typically tumultuous time navigating school, home and everything else. She’s hard on her mother, but fundamentally, they have a solid link. Roy’s macho style of parenting his son is problematic. The novel ends with a lyrical reflection from their gay next door neighbour Richard which is quite heartbreaking.
Read more
Helpful
Comment Report abuse

Deborah Fowler
5.0 out of 5 stars Suspense and harsh realities
Reviewed in Australia on 27 May 2019
Verified Purchase
I felt as though I know these people and their reality. Newcastle culture and landscape well described. The suspense holds you to the moment you have been waiting for. The story leaves you imagining the unfurling of their future.
Read more
Helpful
Comment Report abuse

Amazon Customer
5.0 out of 5 stars good story well written
Reviewed in Australia on 14 February 2018
Verified Purchase
I found this book very enjoyable, good story well written, lovely descriptions of place, Newcastle, and characters you care for. The tension is maintained throughout the novel to keep you wondering what or who is going to break.
Read more
Helpful
Comment Report abuse

Roe Kitchin
4.0 out of 5 stars Gripping ng
Reviewed in Australia on 11 November 2018
Verified Purchase
Well written. Great reminiscing for those who know Newcastle. Gripping but I don’t think my life is richer for stopping by to read...but that’s Book Club. Onto a book of my choice!
Read more
Helpful
Comment Report abuse

Sara Matthews
5.0 out of 5 stars Reality Bites
Reviewed in Australia on 7 January 2018
Verified Purchase
A brutal and honest depiction of both domestic violence and the violence in a suburban community. Powerful and an easy read.
Read more
Helpful
Comment Report abuse

MisterHobgoblin
TOP 500 REVIEWER
4.0 out of 5 stars Fantastic story
Reviewed in Australia on 6 January 2018
The Restorer is a fantastic story of a family living under psychological terror.

Roy and Maryanne have relocated to Newcastle, an unfashionable coastal town in New South Wales, from the bright lights of Sydney. Roy has bought a derelict old cottage near the seafront that was last occupied by druggy squatters who burnt through the floor of the main room into the creepy basement. Their children, Freya - an awkward teenager - and Daniel - still in primary school - are terrified of what might lurk in the dark depths...

Although the move was claimed to be for Roy's work, it seems that they are running away from something in Sydney. There is a dark past that drip feeds into the narrative. This is done with perfect pacing, alternating points of view from Freya to Maryanne and back, we see a complex set of relationships unfolding, and Roy sits with brooding menace over everything.

Newcastle, a place I don't know, is depicted convincingly as a dead-end town populated by dead-beat dropkicks. Those who show any spark of life seem to be shunned by their peers until they buckle to the pressure to under-achieve. Its not going work wonders for the Novocastrian tourist agency.

The novel builds the tension very well until it reaches a heartbreaking denouement that, unusually in a novel, evokes a feeling of strong anger.

I look forward to reading more of Michael Sala.

JCH
3.0 out of 5 stars Slow
Reviewed in the United Kingdom on 25 January 2018
Verified Purchase
There's no doubt that this is extremely well written, but I found it a little slow and in most chapters largely uneventful. Ultimately it's a matter of taste in books but personally I prefer more complexity and pace in a plot, whereas this book veers toward the microscopic depiction of everyday events and emotions. The author is exceptionally good at describing the minutiae of feelings, very realistic interactions, flawed and believable characters, whilst a great deal of the actual action is hinted at or left to the imagination. I found it a rather suffocating and oppressive read, but I do appreciate nonetheless that it's a good book. Just not my cup of tea.
Read more
Helpful
Sending feedback...
Thank you for your feedback.
Sorry, we failed to record your vote. Please try again
Report abuse

Fibee
5.0 out of 5 stars Family Drama Unfolds in Newcastle in the Late 80s
Reviewed in the United States on 15 October 2017
Verified Purchase
Well written story from the perspectives of a 14 year old girl interchanged with her mother. It captures the location and time period well (Newcastle in the late 80s). The sense of drama and lead to the final conclusion is done well but this is a book where nothing much really happens until the very end which to some might be quite dull at times but is written well enough for mundane things to be interesting - the language is almost poetic at times. The book draws out the coming of age of the teenage girl who is pushing the limits with alcohol, drugs, shoplifting and truancy in a way that is believable and alarming. The compassionate mother is somewhat less believable and less well developed than her daughter but leaves you frustrated at her choices. The main force of the violent and uncontrollable father underlies the entire book and always leaves you wondering what will happen next. The tension created within the family is echoed by world events such as Tienanmen Square, the Berlin Wall, a local murder and local earthquake. The ultimate conclusion to the story is both predictable but still surprising. The author finishes the book from a neighbour's perspective (who also starts the story) and it is neither too sweet or too dark - questions are left unanswered but there is a touch of hope for the future. Thoroughly recommended
Read more
Helpful
Sending feedback...
Thank you for your feedback.
Sorry, we failed to record your vote. Please try again
Report abuse