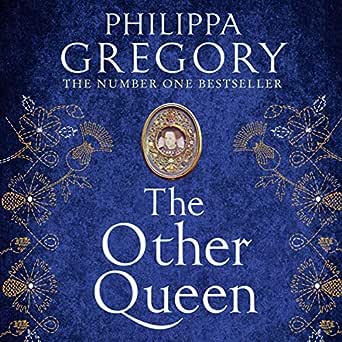 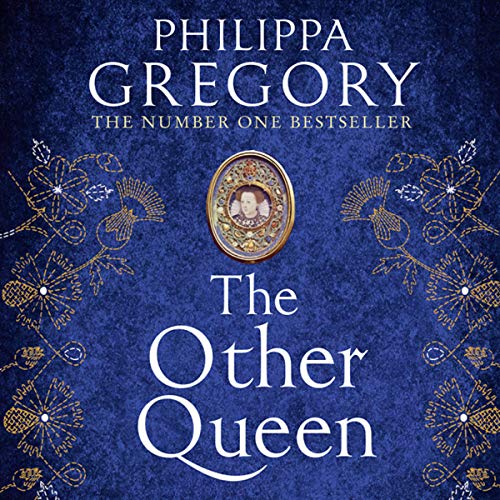 4.4 out of 5 stars
4.4 out of 5
894 global ratings
How are ratings calculated?
To calculate the overall star rating and percentage breakdown by star, we don’t use a simple average. Instead, our system considers things like how recent a review is and if the reviewer bought the item on Amazon. It also analyses reviews to verify trustworthiness.

Maureen Jaeche
5.0 out of 5 stars One of Phillips Morgan’s best.
Reviewed in Australia on 12 January 2019
Verified Purchase
Mary Queen of Scots, a tragic, romantic figure to many is brought to life in truth in this riveting read. Highly recommended to lovers of true history, who enjoy a well researched and well written book. I was amazed to find what a scheming, lying woman she was. Read and enjoy.
Read more
Helpful
Report abuse

Kaz
2.0 out of 5 stars Format
Reviewed in Australia on 26 December 2020
Verified Purchase
Im not really enjoying the format of this book. It is somewhat stilted as it is read by each character and so I found it more to get inside the characters
Read more
Helpful
Report abuse

Blondie
2.0 out of 5 stars Not her best
Reviewed in Australia on 14 January 2019
Verified Purchase
It was a bit hard to follow at times and I thought her chacterisations of the people involved were over the top.
Read more
Helpful
Report abuse

Kathleen Branton
5.0 out of 5 stars Five Stars
Reviewed in Australia on 8 June 2018
Verified Purchase
The other Queen is a great read
Read more
Helpful
Report abuse

shewitt90!
5.0 out of 5 stars Great book
Reviewed in the United Kingdom on 11 May 2018
Verified Purchase
I must admit I wasnt really looking forward to this book but figured I should read it as Ive read the others in the series. I was pleasantly surprised though and found I couldnt put it down.

What I always enjoy about these books is after finishing them I always make a point to learn more about the characters and Bess was some lady! I didnt know anything about her before.

TildaB
2.0 out of 5 stars What happened?
Reviewed in the United Kingdom on 29 March 2015
Verified Purchase
Disappointing book from normally consistently good Philippa Gregory. I found the repetitions so annoying I didn't finish the book - was the editor on holiday? Shrewsbury / Chewsberry - how many times was that dragged out? Six? Not particularly interesting detail which might have been fine once or twice. Also I didn't think the three different voices had any distinct characteristics. If a writer is going to weave a three strand 1st person narrative, each character needs an instantly recognisable 'voice' and this doesn't happen in this book at all. None of the three characters are particularly likeable either so it is quite heavy going. The characters don't really change much either - their circumstances change, but they don't have much of an internal character arc.
Read more
7 people found this helpful
Report abuse

Musical Anorak
4.0 out of 5 stars The Other Queen Audiobook
Reviewed in the United Kingdom on 6 July 2014
Verified Purchase
I have been long fascinated by the life and reign of Mary Queen Of Scots. So I was thrilled to find out that, Mary was to be the subject of - what was at the time of purchase in 2008 - the latest historical fiction novel by Ms. Gregory.

That being said however, it took at least two full playings of the entire Audiobook, for me to form an opinion on it. At first I was initially quite disappointed with it, I thought it was quite weak. Then I had occasion to listen to it again, and my opinion began to change. Ms. Gregory's trademark for characterisation, had acutely observed the interweaving relationship between Prisoner and Jailor, and the domino effect it had on all main characters involved: - Most notably The Earl of Shrewsbury and The Tudor Court in general.

I found that although it was necessary to have three different readers, it was also a little confusing at times. I think that added to my confusion with this book

This is a good book, although it may take some time to get into.

Lizzie R. west yorkshire
5.0 out of 5 stars Intriguiing
Reviewed in the United Kingdom on 3 February 2018
Verified Purchase
I had never heard much about the Northern Armies Uprising before but found this to be a riveting point of the book. What I love about the author's books is how she puts words, thoughts and feelings into her characters and brings people we have long heard of to life. Her style of writing is quite magical.

If you don't buy this book you'll miss probably the greatest story of Mary and Elizabeth ever written.

Allan
4.0 out of 5 stars Phillipa Gregory doe's it again
Reviewed in the United Kingdom on 18 March 2011
Verified Purchase
Not the best out of this authors stories but still a good read. I felt very unsympathetic towards Mary Stuart (Queen of Scots) as she was nothing more than an ignorant , naive, conspirative, manipulative, liar. She was very beautiful,vain woman. I felt Elizabeth I, must have been exsaperated with this woman as much as all the Lord's wives were ( as there husband all fell for this beauty). Bess who tells part of this tale is very interesting, intelligent and probably too forward thinking for a woman of this time, her husband is a complete idiot, despite his title. Bess see's through Mary's mask and is best described as a true Protestant (the new religion benefited her plenty),much married, landlord and Countess. She becoves impoverished due to being Mary's jailor, persae, through providing a queens court without the luxury of taxes to pay for it. Talbot, is a poor excuse of a man who pretends honour and loyalty, whilst follwing his lust for Mary and turning a blind eye to her letters she recieves during the conspiracy of an Armarda threat from Spain,and uprising of the North. Bess is a spy and feedbacks to Queen Elizabeths advisor, thus enabling Bess and her husband to survive being killed as traitors, sadly their marriage is not unscathed. The true heroine of this story, for me, is Bess. Put in the middle of two Queens, strategically fighting (playing chess) for the Throne of England, under the disguise of giving back Scotland's throne, what can she do as an unwilling pawn.
Read more
2 people found this helpful
Report abuse
See all reviews
Get FREE delivery with Amazon Prime
Prime members enjoy FREE Delivery and exclusive access to movies, TV shows, music, Kindle e-books, Twitch Prime, and more.
> Get Started
Back to top
Get to Know Us
Make Money with Us
Let Us Help You
And don't forget:
© 1996-2021, Amazon.com, Inc. or its affiliates