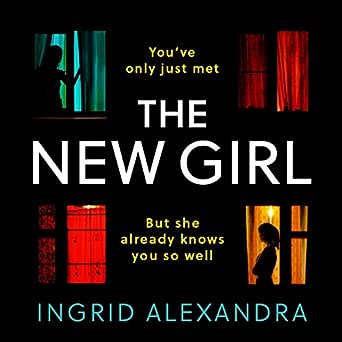 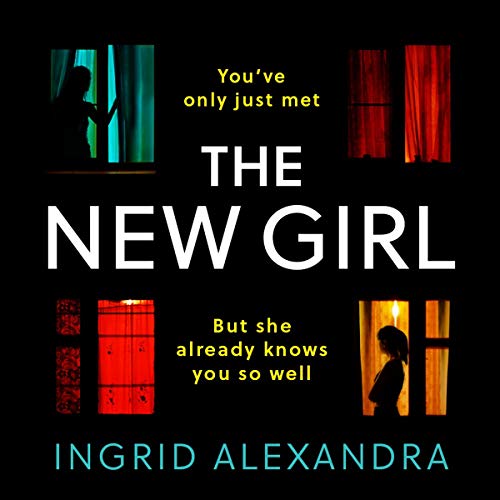 4.2 out of 5 stars
4.2 out of 5
61 global ratings
How are ratings calculated?
To calculate the overall star rating and percentage breakdown by star, we don’t use a simple average. Instead, our system considers things like how recent a review is and if the reviewer bought the item on Amazon. It also analyses reviews to verify trustworthiness.

Jade St Clair Scatterbooker
4.0 out of 5 stars spellbinding thriller
Reviewed in Australia on 7 November 2018
Mary shares a flat with her long time best friend, Cat, and likable school teacher, Ben in a Sydney flat right by the beach. The room mates decide to bring in a new girl, Rachael, to help with the rent, but Mary is the only one out of the group who doesn’t think the new girl is a weirdo. As Mary gets to know Rachael she discovers that they have more in common than she first thought. They both have a troubled background full of secrets and betrayals, and Mary begins to grow closer to Rachael than she is with her best friend, Cat.

I don’t want to say any more about the plot of THE NEW GIRL in case I give away any of the crazy plot twists! I read this novel very quickly because I was constantly on the edge of my seat trying to figure out what was really going on. I never would have guessed the ending of this novel in a million years and the final reveal was so well done. 4 stars!

Mel | Mel's Bookshelf
5.0 out of 5 stars Loved it! What a twist!!!
Reviewed in Australia on 4 October 2018
4.5 Stars
She may live in the UK now, but we will still claim her as our own! Sydney's own Ingrid Alexandra is making a big name for herself as a best-selling thriller author, as her debut novel hits stores here is Australia next month! Out now in the UK, it is a complex, chilling and crazily-twisted read that I devoured in one sitting - glued to my chair!

Mary and her best friend Cat move from Melbourne to Sydney after Mary leaves an abusive relationship. They live in an eastern Sydney apartment by the beach with a flatmate, however they need extra funds and a new housemate so Rachel soon moves in. Everyone thinks there is something odd about her and Mary is the only one who really connects with her. But Rachel seems to know a lot about Mary. More than she should. What exactly is it that she is hiding?

I thought this was a great read! Twisted and chilling, it was impossible for me to put down!

The writing was excellent! Gradually, small parts of information became clear as you went along, which built up some awesome tension, and it had some MAJOR twists and turns.

The characters were all really well imagined. You couldn't know who to trust, who was playing or being played. I love books that do that! No character was reliable and it left it open for anything to happen! There was drama, action, so many psychological twists and turns, and even a little romance!

The only problem I had was that the ending was a little TOO twisted. A little too out there. But I still enjoyed it. Those twists and turns, Man! They were something!

Would I recommend The New Girl?
Absolutely! Thriller fans will eat this one up. It was REALLY well imagined and well written and I have no doubt that we will be seeing much more from this talented Aussie author in the future!

*Thanks to Avon books and the author via Netgalley for a copy of The New Girl in exchange for my honest review.

Rachel McKitterick
TOP 1000 REVIEWER
3.0 out of 5 stars Quite good.
Reviewed in Australia on 15 August 2019
*thank you to Netgalley, HarperCollins Australia and Ingrid Alexandra for a copy of this book in exchange for an honest review*

For the most part this was a good story. It had enough mystery and thrills to keep me interested. I felt the ending wasn't a huge revelation but I think that is because for me this book got rather personal. I have a lot in common with two of the characters in this so by half way through I'd already guessed one of the big twists that was revealed to readers by the end. It also for that reason, made it a hard read in parts. I tried to put that aside though when thinking about how to rate this. It was a good story. I didn't find it boring and with all books in this genre, I ask myself one question. Does it keep me guessing? And yes, again, for the most part it does. I feel that if I didn't have the personal connections to this then I probably wouldn't have figured out parts of it prematurely. Looking at this from the perspective that if I didn't work things out, I would have been questing right until the end and would have been surprised by it.

I liked all the characters. I did doubt them all at times and that's what makes me like this book. The not knowing what is really going to happen with each character and who is being honest or a fake. Having all the pieces fallen into place at the end, again for me was predictable, but I still enjoyed reading it and having the author write it all the way she did. I wasn't disappointed with this and I would recommend it. It's not a huge intense thriller but it's still worth reading.
Read more
Helpful
Report abuse

Victoria
3.0 out of 5 stars Worth a read
Reviewed in Australia on 26 September 2018
*Thanks to NetGalley and Avon for providing this ARC in exchange for an honest review.* This novel started out well. It intrigued me and drew me into Mary's story. Then the so-called new girl, Rachel arrives on the seen. Rachel moves into Mary's apartment and seems to have her own dark history. For someone running from their past, Mary seems to have been a little trusting with allowing a stranger to move into her super secure apartment. The book started to lose me in the last few chapters and the ending (no spoilers, don't worry) kind of suspended belief, which is why I switched from 4 stars to 3 stars. Still worth a read for those that enjoy thrillers like this.
Read more
Helpful
Report abuse
See all reviews

Pri Kali
5.0 out of 5 stars Couldn't put it down - thrilling from start-to-end with an intriguing ending
Reviewed in the United Kingdom on 27 August 2018
Verified Purchase
The New Girl: A gripping psychological thriller with a shocking twist perfect for fans of Friend Request I read this book on a Kindle and was gripped from page one straight to the end. Throughout a day of travelling I came to find it difficult to put it down, as Ingrid Alexandra's artfully-constructed storyline and suspenseful, attentive writing style left me hanging in-between readings. A psychological thriller intricately interwoven with modern mystery, including dreamlike, captivating passages where the author leads her readers in a search through the protagonist's broken memories and wavering, at times intoxicated, narration for fragments that might provide valuable clues and evidence. The ending is suitably dramatic - tragic yet hopeful and positive. A modern Hitchcock! Highly recommended and commendable first book - a true achievement.
Read more
6 people found this helpful
Report abuse

Kindle Customer
2.0 out of 5 stars Not my taste
Reviewed in the United Kingdom on 26 November 2018
Verified Purchase
This is more of a melodrama than a thriller. It ends in a mental hospital, and the effect on the reader makes you feel you have been there the whole time. A depressing read.
Read more
3 people found this helpful
Report abuse

zg215
5.0 out of 5 stars Flew through the book, loved it!
Reviewed in the United Kingdom on 26 February 2020
Verified Purchase
A great mystery, I didn't see the end coming. Absolutely loved it, I'd never read anything by Ingrid before but she's a name to look out for.
Read more
One person found this helpful
Report abuse

Thomwalton
5.0 out of 5 stars Deeply satisfying thriller that grabbed me from the start and didn't let go
Reviewed in the United Kingdom on 20 August 2018
Verified Purchase
I'm a huge fan of the psychological thriller genre but The New Girl really stood out for me. It grabs you from the first page and doesn't let go until the final page. Very cleverly plotted, the novel careers through a landscape of twists and turns leaving you never quite sure what is real and what isn't. Ingrid Alexandra is definitely an author to watch out for!
Read more
5 people found this helpful
Report abuse

Polly
5.0 out of 5 stars Gripping writing
Reviewed in the United Kingdom on 14 November 2018
Verified Purchase
I liked the hook of this book - a flat share that goes horribly wrong. The writing is very accomplished for a debut, and I enjoyed the Australian setting. I didn't see the twist coming and it left me haunted long after I'd turned the final page!
Read more
3 people found this helpful
Report abuse
See all reviews
Get FREE delivery with Amazon Prime
Prime members enjoy FREE Delivery and exclusive access to movies, TV shows, music, Kindle e-books, Twitch Prime, and more.
> Get Started
Back to top
Get to Know Us
Make Money with Us
Let Us Help You
And don't forget:
© 1996-2020, Amazon.com, Inc. or its affiliates