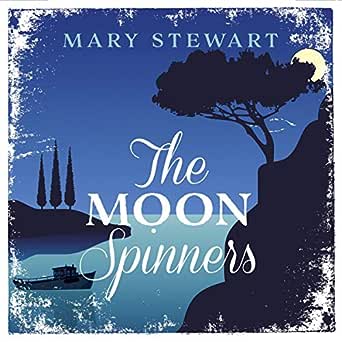 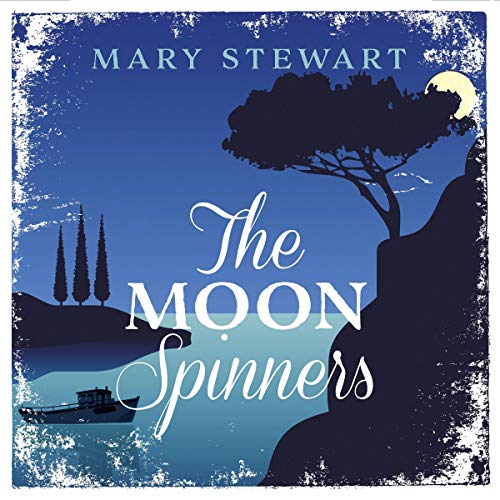 4.6 out of 5 stars
4.6 out of 5
586 global ratings
How are ratings calculated?
To calculate the overall star rating and percentage breakdown by star, we don’t use a simple average. Instead, our system considers things like how recent a review is and if the reviewer bought the item on Amazon. It also analyses reviews to verify trustworthiness.

Aussielee
4.0 out of 5 stars Not my fav Stewarts, but still very good
Reviewed in Australia on 24 January 2021
So, apparently I’ve lived under a rock for years and have only recently discovered Mary Stewart. This is the third title of hers I’ve read now and my love for her is showing no sign of waning.

This is probably my least favourite of the three, however. Weirdly, according to Goodreads, this is her most popular title. I put that down to it being the only one which was turned into a movie though (how can this be? they all seem to be perfect for adaptation). The movie version starred Hayley Mills and this sounds like the worst case of miscasting ever because our heroine, Nicola, is quite the mature and capable young woman and not a teenager at all. Actually… Nicola might just be too capable at times, being fluent in Greek, able to swim like an Olympian, and spy like James Bond.

I let all that Mary Sue stuff go though as Stewart was obviously pushing the strong feminist ticket and who could argue with the sisterhood needing this in 1962. Let’s face it, we still need this in 2020!

The plot is probably a touch weaker than the other Stewart books I’ve read, with Nicola becoming involved in the crims accidentally and then becoming way more involved than a normal person probably would. The other problem might have also been that there was too many scenes of characters telling each other what had happened instead of them acting the scenes out.

The book has aged pretty well. The only thing I did find absolutely hilariously wrong on all levels was all the insistence that English food outranked Greek cuisine. As if! The characters are squeamish at the thought of eating olives, octopus and lamb! Mary dear, I hope you branched out away from that stodgy English fare at some stage.

I’m still in awe of Stewart’s ability to write suspenseful scenes. She turns the simplest of actions by the characters into something so menacing so easily without the need for any disturbing type gore. The Moonspinners had quite a few of these moments again.

The other thing that lifted this book above the pack was the descriptive passages of Greece. In fact, this made up for any shortcomings of the plot. I could see the mountains and the sea and the flowers and the village all so easily in my mind. Oh, and I must say I adored all the descriptions of birds, Nicola’s a girl after my own heart with her love for birds.

Overall, I still enjoyed The Moonspinners and am thinking I might start another Stewart title straight away.
Read more
Helpful
Report abuse

Samrosie
5.0 out of 5 stars Fun adventure/mystery romance
Reviewed in Australia on 2 September 2015
No one does this better than Mary Stewart
And this is my favourite
A feisty young British heroine abroad stumbles across a man and a mystery that will put them in peril and change the course of her life
Classic understated gem
Read more
Helpful
Report abuse
See all reviews

A. L. Addams
5.0 out of 5 stars Tale-spinning at its most exceptional
Reviewed in the United Kingdom on 31 May 2019
Verified Purchase
Can't fault Mary Stewart on her descriptive verse-like writing. It flows like a river, meandering through the heat of the Cretan mountains and takes the reader on a glorious adventure via the 'heart whole' (MS) heroine (1950's) and her charismatic beau who, in this case is a very robust and mature young man who along with brother and guide, find themselves in the wrong place at the wrong time. Our 'heroine' stumbles into a heap of trouble not least with that usual magnetic pull toward the handsome stranger. As i am born in this era, i understand the style and attitude of how it was for men and women and the how's and why's of those times. Lust and love were seen differently and yet Mary writes with a determination towards equality and even showing how women had a strength of character, kept mostly in the shadows back then. Crete sounds amazing. You can feel the heat of the day and smell the flora. The evenings are cool and Mary wraps you in a shrug so your senses pick up all the signals you need to believe you are there, in the shadows watching everything unfold and with nailbiting, heartbeating fast and the danger alerts in your own body you are willing them all on. If you want a roller coaster of a read and at the same time, an awakening of all your senses then Mary Stewart must fill your shelves to be selected and dived into as you close the curtains on the world around you (metaphorically speaking....or perhaps for real) enjoy.
Read more
3 people found this helpful
Report abuse

Fm Oshea
5.0 out of 5 stars The Moon Spinners
Reviewed in the United Kingdom on 21 August 2016
Verified Purchase
How I love this book..in fact All her books they are on my kindle and like a box of salted caramels I select my choice. The Moonspinners is a favourite . I read it first in the 60's It's set in Crete the description of flowers language customs is so bounteous I was there! Characterisation is first rate she builds the plot with skill . I recommend Mary Stewart to you especially if you haven't read her books before you have some delightful reading before you!
Read more
9 people found this helpful
Report abuse

M. Hands
5.0 out of 5 stars Classic Mary Stewart
Reviewed in the United Kingdom on 19 April 2016
Verified Purchase
I love these classic romance/suspense novels by Mary Stewart. They are good fun and an easy read with enough suspense to keep you interested. Her descriptions are beautiful and she evokes a world before tourists arrived in Crete and it was an unspoiled island. Wonderful nostalgia.
Read more
3 people found this helpful
Report abuse

Gaye Sissons
5.0 out of 5 stars It might have been a simpler time but it was distinctly dangerous, as beautifully described here
Reviewed in the United Kingdom on 1 May 2017
Verified Purchase
To my knowledge, this is the only Mary Stewart book to have been made into a film. It is not my favourite of her books but it is a most enjoyable read with one of my favourite characters being Tony, followed swiftly by Frances.
Read more
2 people found this helpful
Report abuse

Celia 42
5.0 out of 5 stars Excellent
Reviewed in the United Kingdom on 16 September 2020
Verified Purchase
Good read, read all her books yers ago but thoroughly loving re-reading them
Read more
Report abuse
See all reviews
Back to top
Get to Know Us
Make Money with Us
Let Us Help You
And don't forget:
© 1996-2021, Amazon.com, Inc. or its affiliates