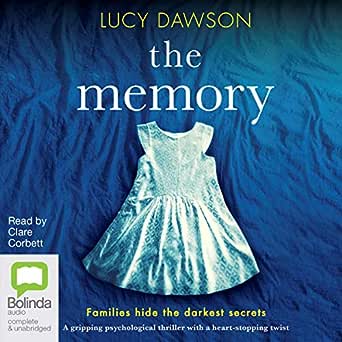 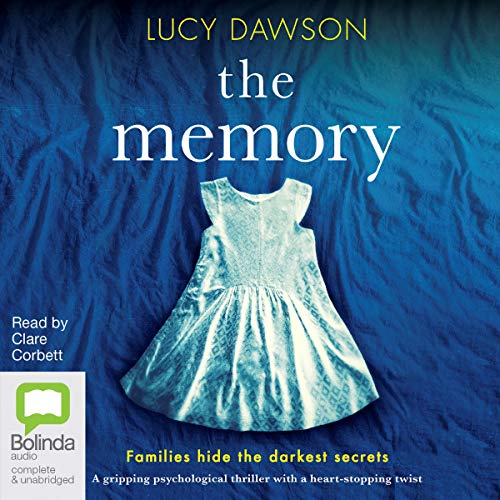 4.3 out of 5 stars
4.3 out of 5
444 global ratings
How are ratings calculated?
To calculate the overall star rating and percentage breakdown by star, we don’t use a simple average. Instead, our system considers things like how recent a review is and if the reviewer bought the item on Amazon. It also analyses reviews to verify trustworthiness.

Jessica Amara
2.0 out of 5 stars Not a psychological thriller
Reviewed in Australia on 7 January 2019
Verified Purchase
Disappointed with this book. The ending was extremely anticlimactic. The story itself wasn’t too bad but there was certainly nothing mind blowing or disturbing about it. It’s a relatively short read so if you’re not that fussed about whether it’s a psychological thriller or not and just looking for something to pass the time, then you’d probably like this book. I probably won’t be reading anymore from this author unfortunately.
Read more
One person found this helpful
Helpful
Report abuse

megan
TOP 50 REVIEWER
5.0 out of 5 stars SUSPENSE FROM BEGINNING TO END
Reviewed in Australia on 27 December 2018
Verified Purchase
Psychological thriller, 'The Memory' by Lucy Dawson was compelling, dark, chilling and a puzzler. It leant toward the supernatural at times, giving the trope a haunting and disturbing feel.
The setting: atmospheric and rundown, Fox Cottage, for the most part.
The scenario: a terrifying incident triggered shock waves throughout the lives of a group of children and their families, leaving one young girl, Isabel, permanently traumatised (even later, as a woman). The ongoing story was told via two POVs - Isabel's mother (Eve) and Claire who entered their lives unaware she had a connection to their past.
Lucy's writing was strong and detailed. She created vivid imagery through her characters of loss, love and family dynamics (inanimate objects also played a part in the ambient scenes). She built drama, twists, secrets and lies and all was gradually revealed. 'The Memory' was a solid suspense that had me guessing all the way.
Read more
Helpful
Report abuse

Jane Giddings
TOP 500 REVIEWER
5.0 out of 5 stars Memories...
Reviewed in Australia on 17 May 2019
Verified Purchase
Omg what a fantastic story thank you. It was so gripping and had so many twists, not to mention the suspenseful mystery throughout the book. I loved the ending and was thankful for the explanations lol. I highly recommend this book to everyone.
Read more
Helpful
Report abuse

Stevie Smith
4.0 out of 5 stars Great holiday read
Reviewed in Australia on 6 July 2019
Verified Purchase
It was a great read. I really enjoyed the characters portrayed. The end was a surprise but I did not find it heartbreaking.
Read more
Helpful
Report abuse

Kindle Customer
4.0 out of 5 stars Gripping
Reviewed in Australia on 29 May 2019
Verified Purchase
A great read with an exciting ending. Quite scary in parts, but very enkoyable
Read more
Helpful
Report abuse

RT
5.0 out of 5 stars A gripping read indeed
Reviewed in Australia on 18 December 2018
Verified Purchase
Took a while to learn the characters and realise their connection to each other, but over all a good page-turner!
Read more
Helpful
Report abuse

Elizabeth Bell
5.0 out of 5 stars Gripping!!
Reviewed in Australia on 20 January 2019
Verified Purchase
One of the most enjoyable thrillers I've read in a long time!!!!!
Read more
Helpful
Report abuse
See all reviews

Hannah
3.0 out of 5 stars Mixed feelings
Reviewed in the United Kingdom on 14 June 2019
Verified Purchase
I’ve got very mixed feelings about this book. I liked the story and really like Lucy Dawson’s writing style, but I think it could have been put together a lot better. It was a slow start, then around half way through, things started to take a turn for the supernatural, which ran the risk of putting me off, as that’s not the type of book I enjoy reading. About two thirds of the way through, I worked out what the ‘twist’ was going to be, which didn’t necessarily spoil the ending for me, but when there was a big reveal based around a dramatic incident, the whole event felt very rushed and the ending was ultimately a bit unsatisfactory. In short, far too much build up and not enough time spent on the ending of the story. On the whole, I’d say I enjoyed it and would continue to be a fan of the author, but for me this is not her best work.
Read more
4 people found this helpful
Report abuse

Lch
3.0 out of 5 stars The Memory
Reviewed in the United Kingdom on 17 December 2018
Verified Purchase
I can't say whether I liked this book or not. It is beautifully written no argument there, however it did not grip me at all
The characters were so unlikeable, and middle class.
They just went through all these so called scary moments with a stiff upper lip and detachment.
I usually like Lucy Dawson's books but sadly this was not one
Read more
5 people found this helpful
Report abuse

Pauline Vernon
5.0 out of 5 stars More twists than a helter skelter
Reviewed in the United Kingdom on 13 January 2019
Verified Purchase
From the minute I picked up this book I was totally immersed in the characters and the premise of what was/was not 'real'. Supernatural elements which were questioned throughout made the reader totally think about effects of the past/present on current lives. This was a truly well written book with thoroughly 'rounded characters' and a plot with more twists than a helter skelter. I read this book in days - my only regret being that I finished it all too quickly. Will definitely read future books by this author.
Read more
3 people found this helpful
Report abuse

Shellby
5.0 out of 5 stars GAVE ME SERIOUS CHILLS! DARK AND CREEPY!.
Reviewed in the United Kingdom on 30 January 2021
Verified Purchase
This is the first book I have read from LD and what a OMBleepG what a cracker of a book. Some parts were so creepy it gave me the willies. The characters were brilliant but Isobel was especially weird. I weren't sure where the story was heading in some parts but it comes to a shockingly dramatic conclusion with killer twist. I don't want to say anymore because I don't like reading or writing reviews that give the story away. If you want to be creeped out and love twist that you can't figure out, then this book is for you. I'd highly recommend this brilliant author. After only reading one book LD is now on my TAL.
Read more
One person found this helpful
Report abuse

June field
5.0 out of 5 stars Ghostly mystery!
Reviewed in the United Kingdom on 23 January 2019
Verified Purchase
A wonderful book and quite scary in places! An amazing read with such a good plot that captures the imagination and has you on the edge of your seat. From the first to last page the story captures your interest and each word brings the reader to a startling conclusion. Have bought another book now by the same author. A good read for anyone who enjoys a gripping story that you just can't put down!
Read more
One person found this helpful
Report abuse
See all reviews
Back to top
Get to Know Us
Make Money with Us
Let Us Help You
And don't forget:
© 1996-2021, Amazon.com, Inc. or its affiliates