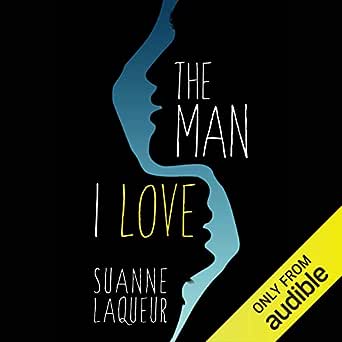 The Man I Love

Nadine Hobson
5.0 out of 5 stars Incomparable
13 August 2015
Format: Kindle EditionVerified Purchase
I cannot articulate how incredible this story is. I was so pleasantly surprised by the sophisticated writing style and how effortlessly the story unfolds, but the real beauty for me was Erik's tender yet incredibly passionate internal monologue. It is so rare to want to wrap yourself completely in a story at every waking moment but that is exactly how I felt while reading this. It utterly consumed me. I was immersed in every way and emotionally invested beyond anything I can recall reading in a long time.
I cried repeatedly, giggled out loud at many points and thought about the characters constantly throughout my day. I was smacked in the face with some intense feelings that resonated on so many levels and I even noted down some of the more poignant lines to re-examine at a later date. I don't know why but this affected me, touched me and moved me beyond compare. Thank you for such raw, honest and beautiful writing.

Going into The Man I Love without reading the blurb was the best thing I could have done. Afterwards, I decided to have a peek and came to the conclusion that for those of you who enjoy the element of surprise, love being held hostage by an incandescently construed story which won’t let you escape until the last page is turned, and are drawn to books with angst levels so high you won’t know where to put yourselves, this is for you! By no means is it a quick and easy read, nor is it to be devoured. I soon realised that the only way to fully appreciate this full-length standalone novel was to savour it by making myself comfortable and politely asking for no interruptions. Thankfully, my wish for the latter was granted. The male protagonist's story is extraordinarily conceptualized and well-executed in the respect that whatever he did, right or wrong, made my heart race with either elation or sorrow. The timespan is an interesting point that needs to be mentioned, too. Obviously I had no idea what it would be; nonetheless, the length never bothered me, quite the reverse, this is a story I never wanted to end.

Erik Fiskare, aka Fish’s narrative is from his perspective in third person. It’s not my first choice storytelling technique but to be quite honest, his tale is woven with such precision that I really couldn’t have cared less if he’d acted out his feeling on stage. Many a true word said in jest because oh boy, what a play and a half this book would make! Having lived the conservatory experience with my son, I adored the ambience there, the social life and companionship between all of the players in a story where some scenarios nearly me destroyed me. The author’s character developed of Erik is as such that falling for him was on the cards long before Part Two began. Erik is a nice boy; the kind of boy you’d like your daughter to bring home. He likes what young people like, his family are everything and he’s a good student, a good stage apprentice. But more important, he has all the traits of a loyal friend. Ahh, all sounds very hunky-dory, doesn’t it? And it is. He’s never been happier doing what he does, having a fabulous best mate and a girlfriend he worships with his heart and soul. And then it isn’t. I found the build-up to the climax aggravatingly slow, but through no fault of the author’s since what she’d done in the interim, was tie me in knots and push my emotional limit to breaking point. I could feel something brewing, couldn’t quite put my finger on it, and to say I was concerned for Erik and the folk around him would be an understatement. In fact, I was simply petrified.

What happened was so devastating, so cruel, I cried my eyes out. From there on in, lives spiral out of control. There are no breaks to stop the foreboding chaos on the horizon, or magic potions to cure the utter pain it leaves behind. Just hurt; pure and utter hurt. The repercussions of one mistake will be the catalyst of the story. And my heart broke again.

If Erik is one of the most amicable book guys I’ve meet in a while, his girlfriend, Daisy, has to be given the title of college diva extraordinaire. Talented and hard-working, she lightens up everyone's day at the conservatory where she studies dance. The author’s descriptive writing really kicks in with a punch when Daisy’s doing dance routines with Erik’s buddy, Will. Not only did I feel as if I was peeping from behind the curtains backstage, but also learnt the names of their moves. Before they even become a couple, I connected to her. Her and Erik’s subtle flirting and caresses made me smile, their endearments and intimacy is nothing less than beautiful. Love blossoms into a unique entity which is only theirs.

More often than not, minuscule details bore me. In this case, every single one of them was duly noted and lapped up. Interestingly, Ms Laqueur doesn’t let the reader forget the most important ones as she recaps on them in either banter or when certain past actions are related to the present. And the banter between all the characters is beyond remarkable. No-one, including the reader, is left unscathed in the aftermath of tragedy, abandonment and estrangement. Therefore having a couple of man-sized hankies nearby might not be a bad idea. The Man I Loved brought out all those feelings I look for in a good read. I cursed in frustration at Erik, I laughed out loud with Will and he’s daft turn of phrases, I wept for Daisy. Ms Laqueur’s writing knows no bounds and appears to have no limits so where then, did the half a star go to! I reached the end with a strong urge to carrying on reading, I wanted more! That being said, I can’t thank the author enough for this deeply touching offering. Bravo!

Holy crap, this book was amazing!! Why am I only just now discovering this author? Her writing is heart, and I say that because my heart was involved in every word on every page. Beautiful, heartbreaking, gut wrenching. Pain, love, sadness, joy, disbelief... I felt it all!

All the stars!
Read more
Helpful
Comment Report abuse
See all 6 customer reviews
Write a customer review
Get FREE delivery with Amazon Prime
Prime members enjoy FREE Delivery and exclusive access to movies, TV shows, music, Kindle e-books, Twitch Prime, and more.
> Get Started
Back to top
Get to Know Us
Make Money with Us
Let Us Help You
And don't forget:
© 1996-2020, Amazon.com, Inc. or its affiliates