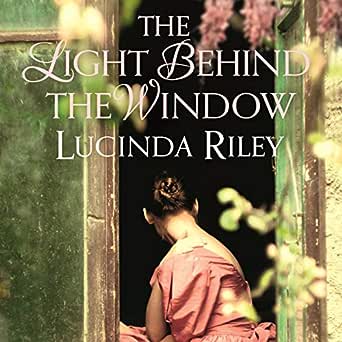 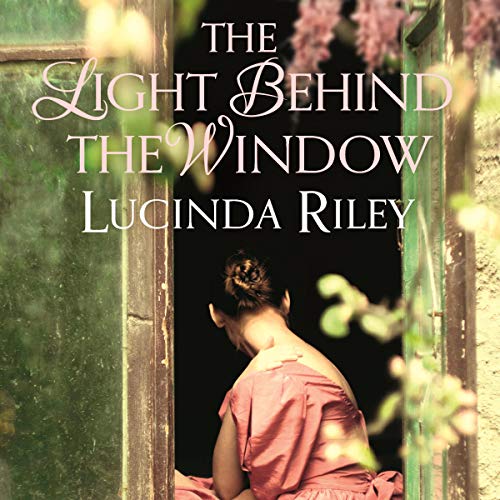 The Light Behind the Window

4.7 out of 5 stars
4.7 out of 5
1,387 global ratings
How are ratings calculated?
To calculate the overall star rating and percentage breakdown by star, we don’t use a simple average. Instead, our system considers things like how recent a review is and if the reviewer bought the item on Amazon. It also analyses reviews to verify trustworthiness.

Margaret Anne Jordan
5.0 out of 5 stars The Light behind the Window
Reviewed in Australia on 20 May 2020
Verified Purchase
Another thoroughly enjoyable Lucinda Riley book which I recommend to avoid readers. Although fiction there is some history re World War 2. The horror/sadness of living during that time. However this book tells the story of love,greed,adoption everything life throws at us. I can see why this book was a bestseller.
Read more
Helpful
Comment Report abuse

Merilyn Pedrick
5.0 out of 5 stars What an awsome author
Reviewed in Australia on 14 July 2014
Verified Purchase
I couldn't have enjoyed a book more, unless it was another of Lucinda Riley's books. I've now read all three of her novels and can't wait to see if there's another in the pipeline.
The way she draws her characters is totally authentic and I really couldn't see the ending (well, maybe a tiny hint).
What an interesting mind Lucinda must have. I love all the twists and turns of events, all thoroughly human and understandable, but nevertheless unexpected.

Lyn
5.0 out of 5 stars Great read
Reviewed in Australia on 13 June 2020
Verified Purchase
Lucinda always has the ability to write with history intertwined in her novels. As usual I was engrossed as I have been with all the Seven Sisters stories ( can’t wait for the seventh book to be published!)The Love Letter and the Butterfly Room
Read more
Helpful
Comment Report abuse

Denise
5.0 out of 5 stars My new favorite author
Reviewed in Australia on 16 January 2019
Verified Purchase
I absolutely loved this book and have already looked at her other books .
I found it hard to put down and the housework suffered .
Move over Diane Chamberlain ( my other favorite storyteller) .

Rome
5.0 out of 5 stars Twists and turns and history
Reviewed in Australia on 29 August 2018
Verified Purchase
The tales of a family, lives lost in the war, lives forever changed, romance and history. A great read, did not want to put this book down.
Read more
Helpful
Comment Report abuse

Amazon Customer
5.0 out of 5 stars Loved it!
Reviewed in Australia on 7 October 2016
Verified Purchase
Beautiful read! Touched every emotion as Lucinda Riley's books do! I ate the pages up but was sad that it's finished! Highly recommend! On to the next!
Read more
Helpful
Comment Report abuse

SheilaJ
5.0 out of 5 stars Couldn't put his book down
Reviewed in the United Kingdom on 30 May 2017
Verified Purchase
I've been reading Lucinda Reilly's Seven Sisters series and thought I'd try another by her. I was not disappointed. What a great book, what a beautifully told story. I'm bereft that I've finished it. Thoroughly recommend it.
Read more
26 people found this helpful
Report abuse

Sue R
5.0 out of 5 stars Wonderful!
Reviewed in the United Kingdom on 7 February 2019
Verified Purchase
Sometimes you read a book which you can't put down and yet you never want to finish! This is such a book. In my view there aren't enough superlatives to describe it: wonderful, brilliant, enthralling ... I love books set in dual time-scales and especially if they involve the Second World War. Both stories were wonderful and the way in which they linked up was brilliant, even if the ending was slightly predictable. Having said that, it was the ending that I wanted so I was very glad that my predictions were correct. It was an exceptional book, which will be a hard act to follow - it's highly recommended as it's just so excellent! I loved it!
Read more
6 people found this helpful
Report abuse

Tink
4.0 out of 5 stars Well-plotted two narrative beach read
Reviewed in the United Kingdom on 22 October 2017
Verified Purchase
My first Lucinda Riley novel. It's an extremely well-plotted two narrative story, with a really gripping WW2 historical thread. I'm fascinated by those who served as SOE officers so was particularly interested. I really felt for Constance, forced by circumstance, to endure a "quiet war," which turned out as anything but. The story set in 1999 was enjoyable but not quite as engrossing. The book is slow to get going. In fact, I began it only to abandon it to read something else. I'm glad I went back as the last third was unputdownable. Some stilted dialogue aside, this is an absorbing beach read. It's great to find a new author and I'm looking forward to reading more.
Read more
10 people found this helpful
Report abuse

Cookie
5.0 out of 5 stars A twist
Reviewed in the United Kingdom on 29 May 2017
Verified Purchase
A moving book bringing the past to the present, a reality that not everyone you meet are full of good intentions. The outcome was just beautiful and moving. A must to read. I am a fan of Lucinda Riley.
Read more
12 people found this helpful
Report abuse

Etta Alex
4.0 out of 5 stars Good 'holiday' (lockdown?) reading
Reviewed in the United Kingdom on 2 May 2020
Verified Purchase
One thing I must say about Lucinda Riley is that she is extremely good at plots.....she researches her novels deeply and well. Her ideas are stunning, and mostly her characters are very interesting and by and large three dimensional......except that all her women are beautiful, her men handsome and by and large they are actually rather wealthy.....so far so chick-lit. My cavill would be that these novels do not give you a literary read, which is fine for mmany people. There is a lot of dialogue, and a slight lack of interesting descriptive prose. The word 'surreal' crops up quite often, occasionally anachronistically. There is a flippancy about some of her female characters' speech. Reading the novels is great for a few books, then you get that urge to switch to some more literary work and to seek some truth and something 'real'.
Read more
Report abuse
See all reviews
Get FREE delivery with Amazon Prime
Prime members enjoy FREE Delivery and exclusive access to movies, TV shows, music, Kindle e-books, Twitch Prime, and more.
> Get Started
Back to top
Get to Know Us
Make Money with Us
Let Us Help You
And don't forget:
© 1996-2020, Amazon.com, Inc. or its affiliates