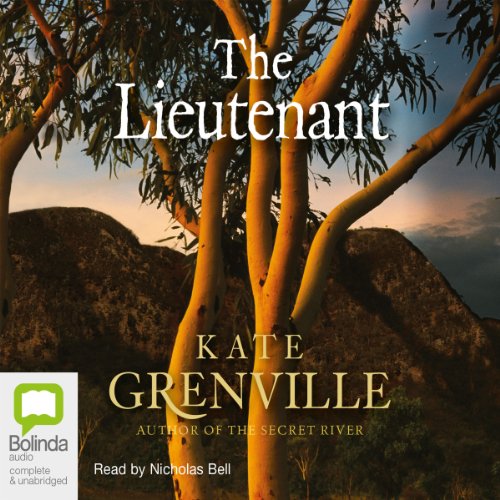 4.1 out of 5 stars
4.1 out of 5
392 global ratings
How are ratings calculated?
To calculate the overall star rating and percentage breakdown by star, we don’t use a simple average. Instead, our system considers things like how recent a review is and if the reviewer bought the item on Amazon. It also analyses reviews to verify trustworthiness.

Mike P
3.0 out of 5 stars An interesting and thought provoking read
Reviewed in Australia on 19 August 2015
Verified Purchase
Not as good as Secret River and dragged a bit, but well-written and thoughtful take on the clash of cultures after the arrival of the first fleet and subsequent settlement of Botany Bay. As with all Kate's work, the writing is beautifully descriptive and catches the essence of the harsh beauty of the land and the portrayal of the indigenous people is sympathetic without being all 21st Century PC. The Redcoats are accurately depicted as being merely a product of their time and culture (rather than the psychopathic killers they often made out to be) and there is a great scene where a local aboriginal man is witness to a flogging - his disgust certainly makes the reader ponder which of these groups could really claim to be "civilised".
Read more
Helpful
Report abuse

I would recommend this to anyone interested in good literature and Australia.
Read more
3 people found this helpful
Helpful
Report abuse

Michael
5.0 out of 5 stars A delight
Reviewed in Australia on 7 May 2019
Verified Purchase
What a beautiful book. Almost poetry and so cleverly blending history and romance read with mounting apprehension. A delight to read. Sad to finish it at last
Read more
Helpful
Report abuse

Michael John Brindley
3.0 out of 5 stars Based on a true story: why finctionalise?
Reviewed in Australia on 21 March 2017
Verified Purchase
The middle section is touching and gripping, but the first has too much set-up and explaining. The final third feels like a tack-on, as if Ms Grenville didn't really know how to wrap up an inconclusive story.
Read more
One person found this helpful
Helpful
Report abuse

Ella
3.0 out of 5 stars The Lieutenant
Reviewed in Australia on 4 January 2018
Verified Purchase
A glimpse of how Australia could have been settled by white folk with far more sympathy and respect for our First People.
Read more
Helpful
Report abuse

azure
5.0 out of 5 stars Beautifully written, evocative and informative
Reviewed in the United Kingdom on 12 March 2018
Verified Purchase
Beautifully written, evocative and informative book. I have read the Secret River and several other books by this author. I can't understand why I hadn't heard about her before now. I think she is a superb writer, and her themes about Australia and the Aboriginal culture are so interesting. Deeply disturbing and distressing to learn how the Aboriginals were treated by white settlers. Kate Grenville enters into the place and time with amazing insight and sensitivity. Really enjoyed reading it.
Read more
One person found this helpful
Report abuse

Roman Clodia
3.0 out of 5 stars Disconcertingly undemanding
Reviewed in the United Kingdom on 18 August 2013
Verified Purchase
This is the first book I've read by Grenville and I have to admit to being underwhelmed. Set at the end of the eighteenth-century, this tells of the first British landing in Sydney with a shipload of convicts and their guards. Amongst them is Daniel Rooke, a mathematician and astronomer, and a man always awkward with his peers and compatriots. His meeting with native Australians, however, changes his life.

Part of my problem with this book is the narrative mode: everything is `told' to us, little is dramatised. As a consequence, there is very little work for us to do as readers: there's no need to read between the lines, or understand unspoken feelings and/or motives, everything is laid out in an overly simplistic fashion (`And everything in his life had been leading here. He saw it as clearly as a map, the map of his life and his character'.) Everything is on the surface of this book, with no richness, subtlety or ambiguities to be excavated by the reader.

I enjoyed Rooke's unravelling of the Australian language, and the way he draws grammatical comparisons with Greek and Latin, the way he understands that language maps onto the way a culture thinks and constructs itself. But to off-set this, is a bare bones of a story where the conflict of loyalty is flagged miles off and repeats an event that happens earlier in the book. The climax, too, of Rooke's story happens offstage and is barely recalled from old age about 50 years later.

The cultural `message' of the book is, of course, a worthy one - but hardly an original one or one that hasn't been treated in other literary fiction. So a disconcertingly simple story narrated in an unchallenging, sometimes flat style - disappointing.
Read more
3 people found this helpful
Report abuse

Allegra
5.0 out of 5 stars Simply told, but with profound resonances
Reviewed in the United Kingdom on 28 June 2010
Verified Purchase
This is a beautifully written book, with not a word - or even a comma - out of place. Kate Grenville's use of language is spare, economical and of a radiant clarity. Everything that needs to be said is said: scenery is beautifully described, characters are convincingly fleshed out, the plot unfolds in a linear fashion, without post-modern tricks. The novel is post-colonial, but rams no messages home (the author confines herself to telling the story, leaving readers to draw their own conclusions). The sensation, and the significance, of being one of the first Europeans to set foot on a continent that has remained undisturbed for millennia is hauntingly conveyed. Although based on extensive research, the novel does not scream 'I have been extensively researched'; the discovery, on reading the epilogue, that the story was based on real events and that the indigenous language was exactly as recorded by the eighteenth-century Englishman who is the model for Rooke came as an additional surprise and pleasure. The novel, although apparently simple in the best possible sense of the word, is profound in its implications and will resonate with me for a long time to come.
Read more
3 people found this helpful
Report abuse

Anna W
4.0 out of 5 stars I want to learn more
Reviewed in the United Kingdom on 1 November 2013
Verified Purchase
I have just finished the Kindle edition of this short novel, which I enjoyed very much. The author has based the story on known facts, but it is written as a fictional account, therefore I presume that is why names have been changed. I found this somewhat confusing as each protagonist is based on a real person, some of whose names most of us probably already know. Some reviewers have commented that the book ended somewhat abruptly, but I feel that the author has concentrated on the Australian part of "Daniel Rooke's" (William Dawes) life, but letting us know that he lived a full life after he was effectively banished from Australia. Looking back at history from what we hope are more enlightened times we realise he would have been just the right sort of person the new colony needed.
Read more
Report abuse
See all reviews
Back to top
Get to Know Us
Make Money with Us
Let Us Help You
And don't forget:
© 1996-2021, Amazon.com, Inc. or its affiliates